Sugar and the Brain

Glucose, a form of sugar, is the primary source of energy for every cell in the body. Because the brain is so rich in nerve cells, or neurons, it is the most energy-demanding organ, using one-half of all the sugar energy in the body.

Brain functions such as thinking, memory, and learning are closely linked to glucose levels and how efficiently the brain uses this fuel source. If there isn’t enough glucose in the brain, for example, neurotransmitters, the brain’s chemical messengers, are not produced and communication between neurons breaks down. In addition, hypoglycemia, a common complication of diabetes caused by low glucose levels in the blood, can lead to loss of energy for brain function and is linked to poor attention and cognitive function.

“The brain is dependent on sugar as its main fuel,” says Vera Novak, MD, PhD, an HMS associate professor of medicine at Beth Israel Deaconess Medical Center. “It cannot be without it.”

Although the brain needs glucose, too much of this energy source can be a bad thing. A 2012 study in animals by researchers at the University of California at Los Angeles indicated a positive relationship between the consumption of fructose, another form of sugar, and the aging of cells, while a 2009 study, also using an animal model, conducted by a team of scientists at the University of Montreal and Boston College, linked excess glucose consumption to memory and cognitive deficiencies.

The effects of glucose and other forms of sugar on the brain may be the most profound in diabetes, a group of diseases in which high blood glucose levels persist over a prolonged period of time. Type 1 diabetes is a disease in which the immune system destroys the cells in the pancreas that produce insulin, a hormone used by the body to keep blood glucose levels in check. Type 2 diabetes, caused by dietary and other environmental factors, is a condition in which cells become overwhelmed by insulin and fail to properly respond; they become resistant to insulin. 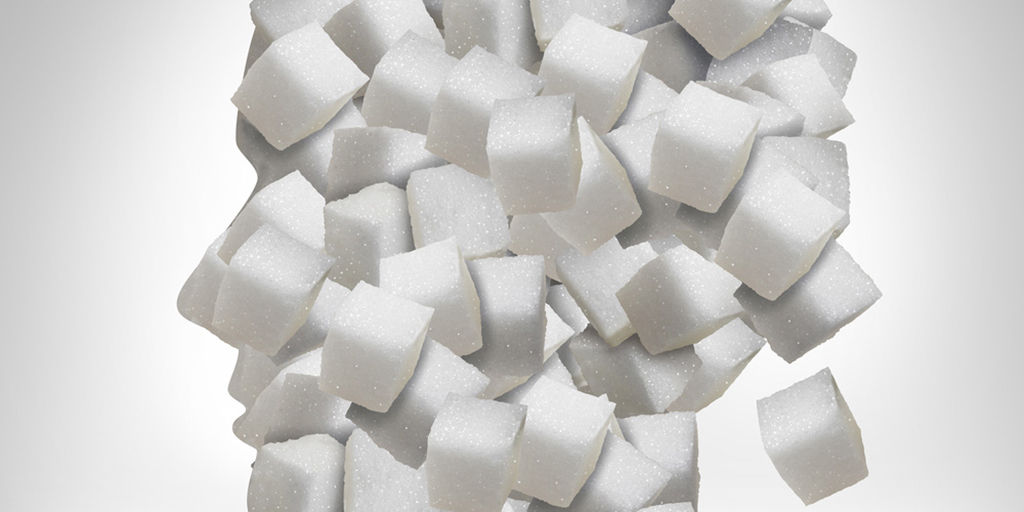 The brain is dependent on sugar as its main fuel

Long-term diabetes—either type 1 or type 2—has many consequences for the brain and for neurons in the brain, says Novak. High blood glucose levels can affect the brain’s functional connectivity, which links brain regions that share functional properties, and brain matter. It can cause the brain to atrophy or shrink. And it can lead to small-vessel disease, which restricts blood flow in the brain, causing cognitive difficulties and, if severe enough, spurring the development of vascular dementia.

In her laboratory, Novak is studying ways to prevent these effects in people with type 2 diabetes. One of these ways involves a nasal spray called intranasal insulin (INI). When used, INI enters the brain and binds to receptors in its memory networks, including the hippocampus, hypothalamus, and insular cortex. As signaling within these memory networks become more efficient, the cognitive functions associated with these areas, such as learning and visual perceptions of spatial relationships, improve.

“Type 2 diabetes accelerates brain aging,” says Novak, “which, in turn accelerates the progression of functional decline. With intranasal insulin, we’re hoping to find a new avenue for treatment to slow down these effects or prevent them altogether.”

In a pilot study, Novak and her colleagues found that a single dose of INI had a positive effect on memory, verbal learning, and spatial orientation. She is now planning the first clinical trial of INI in older adults with type 2 diabetes.

The results of the trial are especially relevant because of the high prevalence of dementia and significant cognitive decline among older adults with diabetes.