Cannabis and the Brain

Cannabis products are everywhere these days. As a growing number of states loosen their medical and recreational cannabis laws, millions of Americans are using the cannabis sativa plant, typically known as marijuana, to relax or treat pain, anxiety, insomnia, and other conditions. Yet more data is needed on its impact. “The nation has warmed toward the use of cannabis, but policy continues to outpace the science,” says neuroscientist Staci Gruber, EdM ’95, PhD, who’s working to change that.

Gruber, a Harvard Medical School associate professor of psychiatry, directs both the Cognitive and Clinical Neuroimaging Core and the Marijuana Investigations for Neuroscientific Discovery (MIND) program at McLean Hospital. She and her team are using cognitive and clinical measures, as well as neuroimaging techniques like functional MRI, to help elucidate how cannabis affects the human brain. They have discovered, for example, that individuals who start heavy recreational marijuana use before age 16—when the brain is still developing—may perform more poorly on cognitive or behavioral tasks involving the frontal cortex, such as memory, attention, and judgment, than those who don’t use cannabis or who started using it later in life. A recent paper that Gruber co-authored underscored these findings using results from a simulated driving test. Neuroimaging has also revealed changes in white matter, the neural fibers critical for efficient communication among brain regions, in early-onset cannabis users. 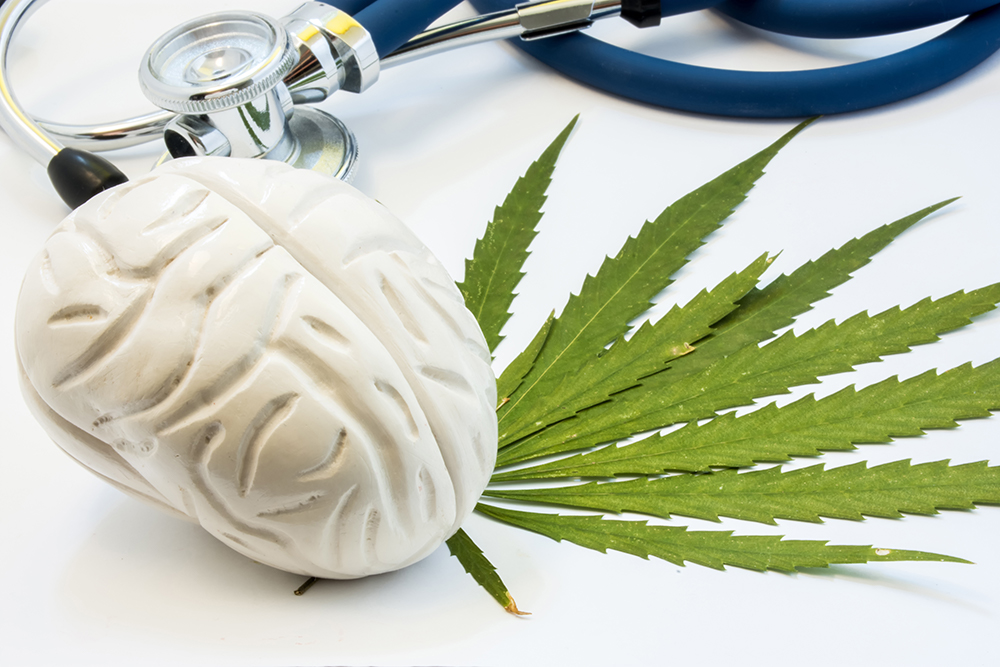 Cannabis products are everywhere these days. As a growing number of states loosen their medical and recreational cannabis laws, millions of Americans are using the cannabis sativa plant, typically known as marijuana, to relax or treat pain, anxiety, insomnia, and other conditions.

Gruber is especially excited about her team’s research on medical cannabis and its effect on cognition, brain structure, function, and quality of life. “Almost no literature exists on the long-term impact of medical cannabis,” says Gruber, who launched the MIND Program in late 2014 to address that gap. “So many people are desperate to find anything that works to alleviate their symptoms. It would be fantastic to know what actually does and does not work for patients over time.”

Encouraging results have emerged from MIND’s first investigation, a longitudinal observational study of individuals using medical cannabis for various conditions and symptoms. The team conducts multiple assessments before participants—who choose their own products—start treatment. Further testing happens at three, six, 12, 15, 18, and 24 months after their treatment begins. Even after a few months, patients performed better on cognitive tasks requiring executive function; “Rather than getting worse, they’re actually getting better,” Gruber says. This contrasts with poorer cognitive performance seen among some heavy recreational marijuana users relative to non-users. Patients in this pioneering study have also reported improved mood, energy, and sleep, and reduced use of conventional medications.

What explains these improvements? Gruber says patients may be thinking more clearly because their symptoms are alleviated, and/or because they are using less conventional medication such as opioids. In addition, medical cannabis patients tend to be older than recreational users, and she says there’s some preclinical data suggesting that cannabis may help boost the body’s aging endocannabinoid system—a natural system that helps regulate key functions such as sleep, mood, appetite, and memory.

The MIND program is also conducting medical cannabis research studies involving veterans, women with menstural- and menopause-related problems, and chronic pain sufferers. In addition, Gruber’s lab has launched the nation’s first clinical trial to compare the effectiveness of two different formulations that include cannabidiol (CBD)—a non-intoxicating component of cannabis—for treating anxiety. Patients will receive either a full-spectrum product that is high in CBD and contains other cannabinoids and terpenoids (organic compounds that provide aroma, flavor, and may also have their own effects on the body); a single-extracted compound form of CBD from the same source; or a placebo. Gruber wants to know whether the full-spectrum version will work better to reduce anxiety, which affects millions of Americans. This project has received a small grant from the larger $4.5 million gift to HMS from Harvard alumnus Charles R. “Bob” Broderick, AM ’05, to fuel cannabis-related discovery.

Gruber’s 20-plus-year quest to understand how cannabis affects the brain began with a life-altering college summer internship at McLean, located in Belmont, Massachusetts. “I fell in love with clinical trials and neuropsych assessment and testing and thought, ‘I can’t imagine doing anything more exciting than this,’” she recalls. She remained at McLean and collaborated with McLean researchers throughout her college, graduate, and post-graduate years and then joined the faculty. Gruber says she is honored and humbled to work with the dedicated patient volunteers in her studies. “And if we’re doing something that helps improve the quality of life for any patient group, we’ve changed the world.”

Cannabis: Used since anciet times, the cannabis sativa plant contains more than 400 chemical compounds, including over 100 phytocannabinoids, which can cause drug-like effects in humans. The most well known are delta-9-tetrahydrocannabinol (THC), which produces a mental “high,” and cannabidiol (CBD), which doesn’t. Depending on the type of product used, cannabis can be smoked, inhaled, taken by mouth, rubbed into the skin, or mixed into food and beverages. To date, 33 states and Washington, D.C., have fully legalized medical cannabis, and another 15 allow the use of products with low THC and high CBD levels for some medical purposes. On the recreational front, 11 states and D.C. have legalized recreational marijuana use by adults.