Decision-Making and the Brain

When the race for the 2016 presidential election unofficially kicked off, no fewer than 25 candidates threw their hats in the ring to vie for this nation’s top job.

There were six Democrats, 17 Republicans, and a handful of third-party entries. That’s a lot of choices. Yet, whether the number is 25 or two, how do voters decide which candidate is their candidate?

“The number one, overwhelming factor in voting is partisanship,” says Ryan Enos, an associate professor of government in the Harvard Faculty of Arts and Sciences and a faculty associate in Harvard’s Institute for Quantitative Social Science, which specializes in American politics, political psychology, and race and ethnic politics. “People look at the candidates and say, ‘I’m a Democrat, I’ll vote for the Democrat,’ or ‘I’m a Republican, I’ll vote for the Republican’.”

But the neurological processing that goes into making decisions is not that simple. A number of factors—some conscious, some subconscious—influence the outcomes of all the decisions we make. More than 50 years of research on political decision-making, for example, says that although party affiliation may be the strongest indicator of our candidate preference, a candidate’s looks, voice, and intelligence may also drive what box we check on the ballot. 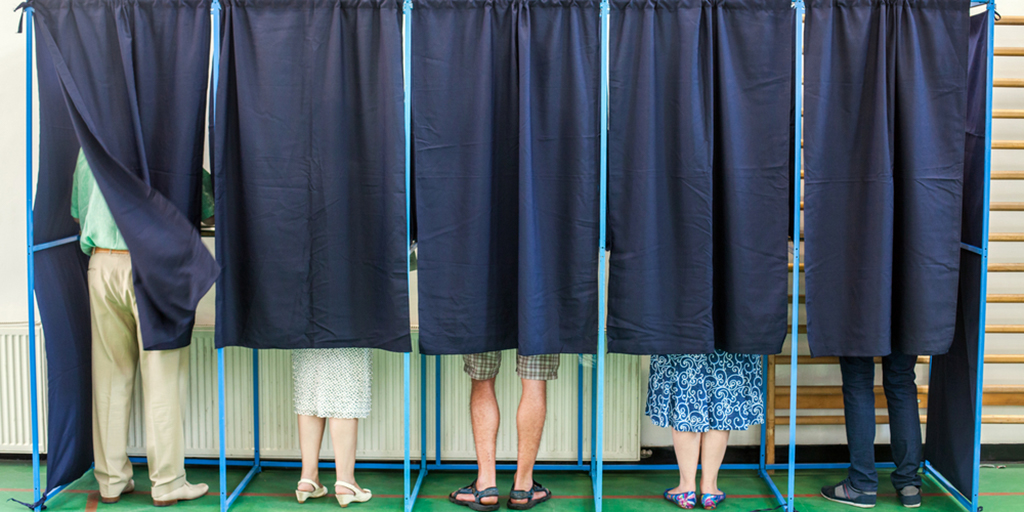 In 2005, researchers at Princeton University found that except for people with strong political beliefs, many judge candidates on their physical appearance. In a study published in Science, they asked participants to rate the competence of House and Senate candidates based on their portraits alone, not using any prior knowledge of the candidates. The researchers’ conclusion: participants’ initial reactions to a candidate’s looks, positive or negative, drive their choice of who to vote for.

A more recent study, reported in Psychological Science in 2013 by Arizona State University researchers, found that people prefer attractive candidates because they equate good looks with health (the “picture of health,” as it were) and therefore consider those candidates more suitable to hold office.

Enos says “pop science” such as this does not often hold up to scrutiny, conceding, however, that a candidate’s looks may play a minor role in people’s choices. For example, to many, Mitt Romney, MBA ’74, JD ’75, was one of the better-looking politicians in recent U.S. history. Yet, Enos asks, “How many Democrats changed their votes in his favor simply because of his looks?”

More broadly, says Enos, we vote based on how we identify ourselves: Is a candidate a member of our “tribe?” In a 2012 study, University of Washington researchers showed that many white and non-white voters might have voted against Barack Obama, JD ’91, because of his race. While voters might cite other reasons for voting this way—differences with Obama’s economic or foreign policies, for example—the researchers say conscious or subconscious racial attitudes could be a contributing cause of their decisions. Not necessarily overt racism, but, as Enos says, does he or she share a “similar social identity,” one’s sense of who they are based on their group membership.

Although people vote for many reasons—because it’s a right the country’s founders fought and died for, to have a voice, to change the course of our nation’s history—who they vote for may follow subconscious directions. And those biases, more than issues or policies, may decide who becomes the next president.