A 360-Degree Approach to Lyme Disease 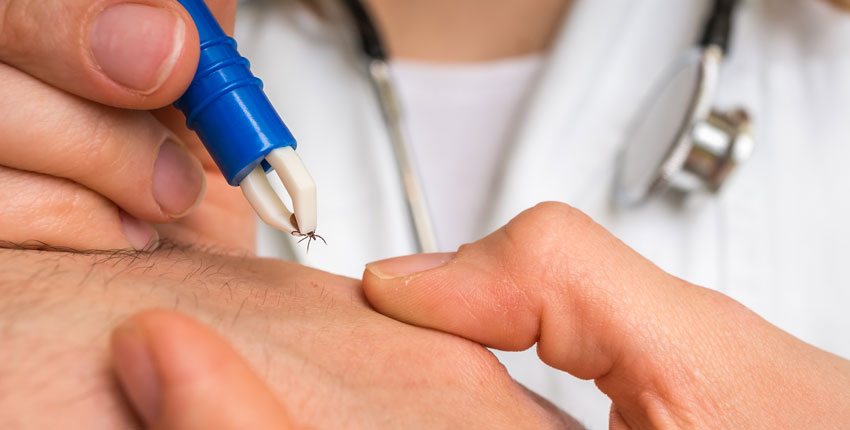 To the Fairbairns, the symptoms—debilitating fatigue, joint pain, cognitive problems—were as worrisome as they were mystifying. All four members of the family had them.

Eventually, all four tested positive for the bacterium that causes Lyme disease. After months of hitting diagnostic brick walls, the family had a unifying explanation for their symptoms, yet getting them under control took a year. Their conditions are now chronic, with recurrent flare-ups that require ongoing medical management.

The family’s experience is not uncommon. In an effort to help spare others with the disease a similar odyssey of pain, worry and confusion, the Fairbairns have made a $5 million donation to Harvard Medical School.

The gift, which will fund three tracks, is aimed at propelling research into Lyme disease and improving public understanding of the most common vector-borne disease in the United States. Even though official reports put the annual number of Lyme disease cases at around 300,000 people per year, that number likely underestimates the true magnitude of infections and the spread of the disease. The National Institutes of Health estimates that the actual number of Lyme disease cases occurring every year is much higher.

The gift will fund the following areas:

“There is growing evidence that in the setting of infection, the immune system and the nervous system engage in a complex interaction,” said Isaac Chiu, who will lead the neuroimmunology research arm with colleague Jun Huh, both assistant professors of immunology in the Blavatnik Institute at HMS.

“We hope to understand exactly how this happens in the setting of Lyme disease,” Chiu said, “which can in turn inform the design of therapies that can minimize tissue damage or even prevent disease development following infection with the pathogen.”

The disease-mechanisms research track will investigate more broadly how the bacteria that cause Lyme disease interact with cells, tissues, and organs and can result in acute and chronic disease—knowledge that can inform new and more effective diagnostics and therapies and could help propel vaccine research. Over the next five years, this funding will support grants awarded to researchers looking at different aspects of Lyme disease at Harvard Medical School and its affiliated hospitals.

“These grants will facilitate cutting-edge, adventurous science and the ability to ask questions that are going to move the field forward in jumps instead of incremental steps,” said Mark Namchuk, executive director of therapeutics translation at HMS, who will administer the disease-mechanism fund.

The education track will support efforts to inform the public about ways to prevent Lyme disease and about the latest research on the pathophysiology of the condition.

Most of the funding in the education arm will be used to develop new content for Harvard Health Publishing, which provides health information to people around the world, drawing upon the expertise of more than 11,000 Harvard Medical School faculty physicians.

“One of Harvard Medical School’s core tenets is generating knowledge and disseminating it to the public,” said David Roberts, dean for External Education at HMS, who will administer the education fund. “Using this far-reaching educational platform, we hope to improve the understanding of this disease and offer information that can help improve the lives of those affected.”

Lyme disease is a confounding disorder. Its presentation can vary from person to person, and a diagnosis is rarely straightforward. A single tick bite can transmit multiple disease-causing organisms. Infections with more than one organism can result in widely ranging disease presentation and may alter how the immune system responds to the infection. Exactly how these coinfections affect disease presentation, symptoms and the short-term and long-term course of the disease remains largely unknown.

There are no consistently accurate tests, and most diagnoses require complex clinical assessment and astute clinical judgment in addition to testing for the causative organisms. A negative test for bacterial infection does not necessarily rule out the presence of disease. The accuracy and speed of diagnosis are further complicated by the varying range and presentation of symptoms. For people who develop lingering symptoms and chronic forms of this disease, there is no established cure and the most common treatment—several classes of oral or intravenous antibiotics—do not work reliably for everyone.

These are all areas of research that require unwavering scientific attention and sustained research efforts enabled by a steady stream of funding, the Fairbairns said.

“Historically, Lyme disease research has been woefully underfunded, and much more needs to be done to better understand this complex disease and its devastating consequences,” said Emily Fairbairn, whose husband Malcolm and daughter, Nina, are both Harvard University alumni. The youngest family member, Grant, is expected to graduate from Harvard College in 2021.

“Per-patient NIH funding for Lyme disease research amounts to less than $90 per newly diagnosed patient per year, and this is precisely why private philanthropy is crucial,” Emily Fairbairn added. “This disease needs billions of dollars, not millions. We are hoping that this investment will make strides that will attract even more funding to better understand, prevent and treat this important disease.”

The Fairbairn family previously donated $1 million to the laboratory of geneticist George Church to support research into the genomics of Lyme disease. 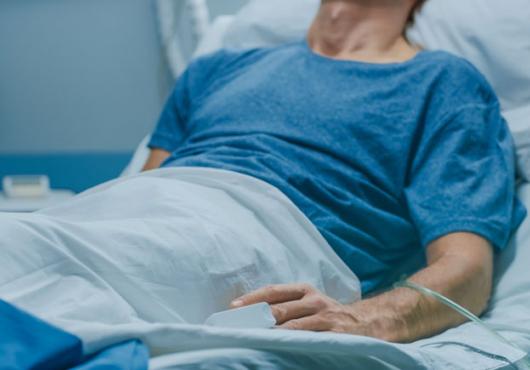