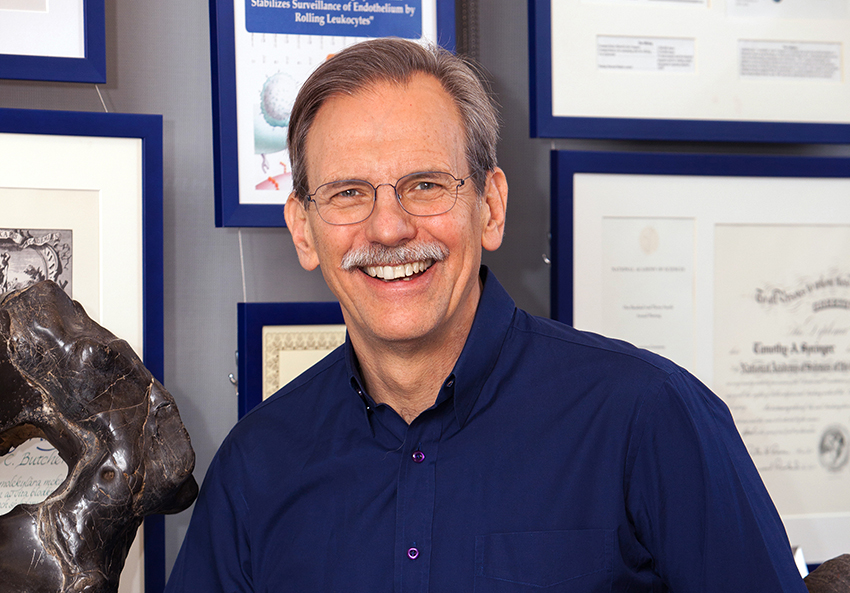 Timothy Springer, the Latham Family Professor of Biological Chemistry and Molecular Pharmacology at Harvard Medical School and Boston Children's Hospital, has been named a recipient of the 2022 Albert Lasker Basic Medical Research Award, one of the world’s most prestigious prizes for biomedical research.

Springer shares the honor with Richard Hynes of MIT and Erkki Ruoslahti of Sanford Burnham Prebys in California.

This year’s award recognizes discoveries the scientists made regarding integrins — proteins that physically and biochemically connect cells with one another and with their surrounding environment and play key roles in physiology and disease.

“Tim is an exceptional scientist and brilliant entrepreneur who has provided invaluable contributions to our understanding of integrins and other important biological signaling molecules. He goes beyond discovery to convert his insights into therapies that improve lives,” said Stephen Blacklow, the Gustavus Adolphus Pfeiffer Professor of Biological Chemistry and Molecular Pharmacology and chair of the Department of Biological Chemistry and Molecular Pharmacology in the Blavatnik Institute at HMS.

“This award is well-deserved recognition for the significance of his discoveries and those of Richard Hynes and Erkki Ruoslahti,” said Blacklow.

Hynes and Ruoslahti identified a cell surface-associated protein that helps affix cells to surrounding material, called the extracellular matrix, and later discovered a receptor to which this protein binds.

Meanwhile, Springer detected transmembrane proteins that underlie the ability of immune cells to interact with their targets.

The three researchers’ paths converged when they realized that these proteins, now known as integrins, belonged to the same molecular family.

“The work of Springer, Ruoslahti, and Hynes launched the field of integrin research,” the Lasker Foundation stated in a news release.

These scientists helped the world appreciate the importance of integrins and how their dysfunction can contribute to a range of diseases. The discoveries laid the foundation for new treatments for autoimmune disorders such as ulcerative colitis, Crohn’s disease, and certain blood-clotting conditions.

Springer extended his integrin research to define the biophysics that underlie their role in wound healing, infection control, and tumor development.

“Tim's research exemplifies the power of translational science: making fundamental discoveries and transforming them into advances that impact disease and benefit humanity,” said HMS Dean George Q. Daley. “His work is an elegant demonstration of how critical it is to understand protein structure and dynamics so we can devise new treatments and prevention strategies."

The awards were bestowed Sept. 28 in an online event. 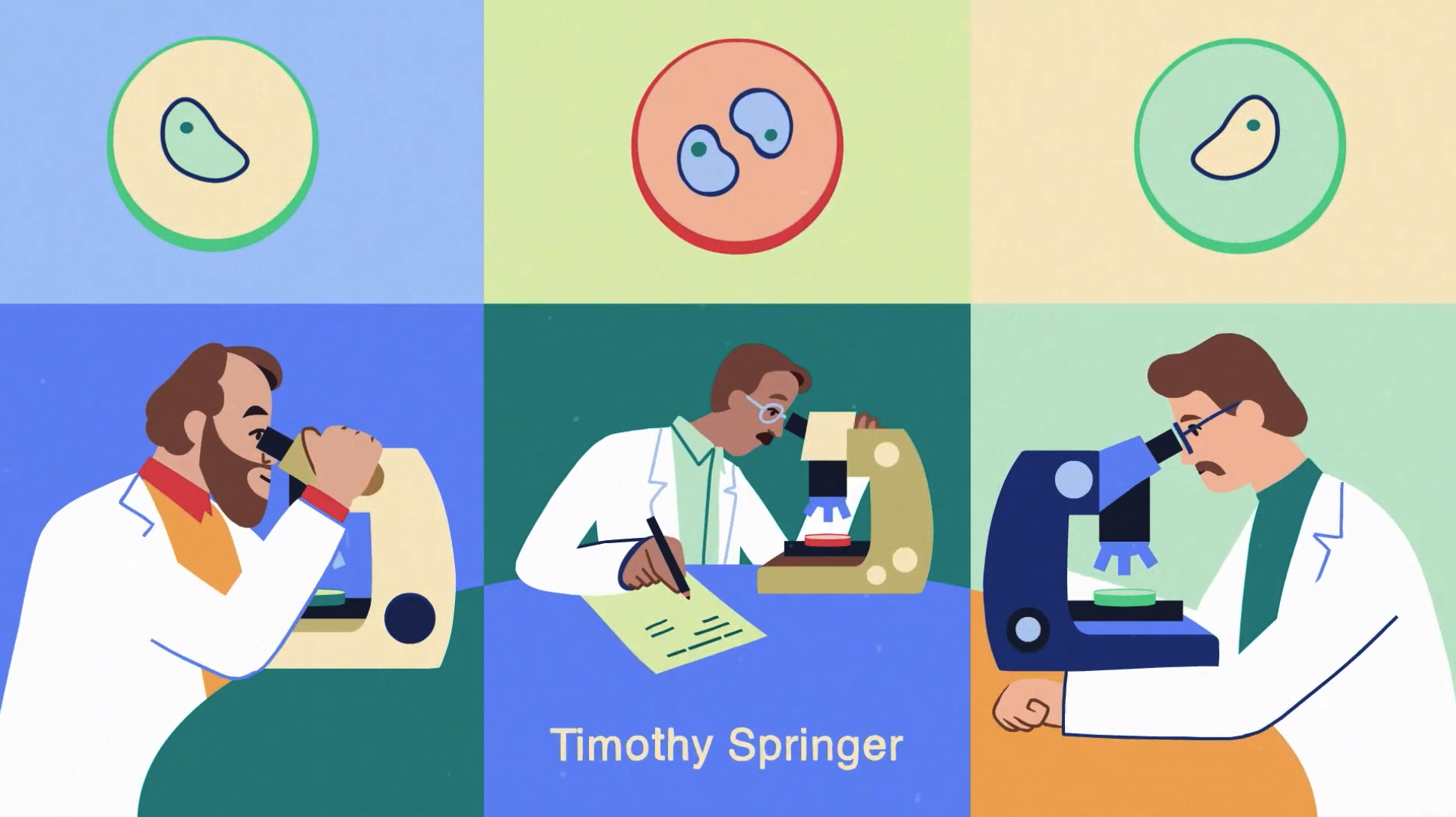 Springer’s work on integrins falls within the larger context of his career-long interest in the structure, function, and interactions of biomedically important proteins. His findings have influenced disciplines as far-ranging as immunology, hematology, and infectious diseases, and both his fundamental discoveries and his business ventures have led to the development of FDA-approved autoimmune and cancer drugs that reduce human suffering.

Springer discovered the first adhesion molecules — molecules, including integrins, that help cells stick to other cells or to the extracellular matrix — in the immune system. He likens trios of immune adhesion molecules to telephone area codes.

"These signaling molecules are required in specific combinations to allow the right kind of white blood cells to emigrate to the right site in the body, whether it's a bacterial infection in the toe or a virus in the lung," he said.

Springer has generated novel insights about the role of protein interactions in blood vessels and platelet function and illuminated the understanding of protein malfunctions that give rise to bleeding disorders.

His lab’s investigations into the structures of proteins used by the malaria parasite to infect human cells and reproduce, and studies of how the immune system recognizes these proteins to mount a defense, could pave the way for designing new malaria vaccines.

Springer’s team is also working to unravel the structures of TGF-beta proteins, which are critical for muscle and bone development, immunity, and cancer progression.

He believes profoundly in the potential of antibodies to illuminate basic biology and serve as therapies.

Springer co-founded the nonprofit Institute for Protein Innovation, which aims to advance protein science, develop an open-source antibody library for the study of disease, and propel the development of protein-based therapies. He has also founded five biotech companies.

Springer first became interested in immunology as a boy when, suffering from hay fever, he progressed through a course of allergy treatments.

Springer completed a PhD in molecular biology and biochemistry at Harvard University in 1976. After a one-year fellowship in the lab of Nobel laureate César Milstein in Cambridge, England, he joined the Harvard Medical School faculty, where he has remained for nearly 45 years. 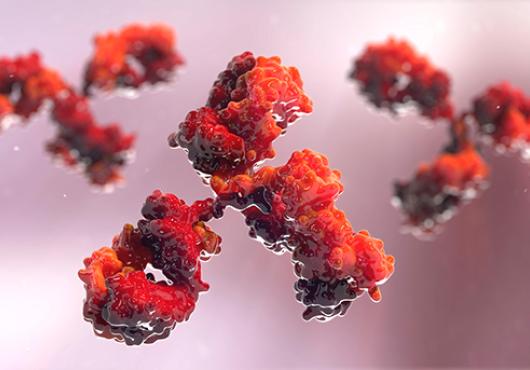