A single molecule of von Willebrand factor is visually captured for the first time as it elongates and relaxes in response to blood flow conditions. Animation: Springer/Wong labs

Humans are normally born with an incredibly sophisticated array of molecules that act as sentries, constantly scanning our bodies for injuries, such as cuts and bruises. One molecular sentry, von Willebrand factor (VWF), plays a critical role in our body’s ability to stop bleeding.

“In some ways, like members of the Jedi Order in the movie ‘Star Wars,’ VWF may be considered a Jedi knight in our body that can use ‘the force’ to guard the bloodstream,” said Timothy Springer, the Latham Family Professor of Biological Chemistry and Molecular Pharmacology at Harvard Medical School and senior investigator at Boston Children’s Hospital.

To prevent hemorrhage or life-threatening blood clots, VWF must strike a delicate balance between clotting too little or too much. Although researchers have long suspected that VWF senses and harnesses the mechanical forces and shear stress of blood flow, it hasn’t been possible to witness how this might occur.

Now, a team co-led by Springer and Wesley Wong, assistant professor of biological chemistry and molecular pharmacology at HMS and HMS assistant professor of pediatrics at Boston Children’s, has revealed exactly how VWF does its job. The team developed a novel fluorescence imaging and microfluidic flow system that allowed them to capture images of individual VWF molecules while manipulating them with mechanical forces emulating natural blood flow.

The team’s findings, published Aug. 23 in Nature Communications, show that VWF undergoes a two-step, shapeshifting transformation to activate blood clotting. The researchers found that the transformation is triggered when VWF senses certain changes in blood flow that are indicative of injury.

“Under normal circumstances, VWF molecules are compact and globular in shape,” said Hongxia Fu, HMS instructor in pediatrics at Boston Children’s Hospital, a member of the Springer lab and co-first author on the paper. “But we found that when blood flow rate increases, VWF rapidly elongates, stretching out more and more in response to higher shear stress.”

Elongating is only the shapeshifter’s first step of its transformation and is not sufficient on its own to activate blood clotting. This safeguards against unnecessary and potentially life-threatening blood clots.

It’s only when the tensile forces generated in the elongated VWF hit critical levels that the shapeshifter’s transformation becomes complete. The “sticky” sites along VWF become activated. This allows VWF to adhere to circulating platelets, the blood-clotting cells that work in conjunction with VWF to clump up and stop blood loss.

The blood flow needed to reach these critically high tensile forces can occur at sites of injury inside blood vessels. This specificity enables VWF to sense blood loss and activate rapidly and locally without activating elsewhere in the body.

“If you can imagine stretching out your arms and then opening your hands to capture platelets, that’s basically what we are seeing VWF do in response to bleeding,” said Wong. “It’s so important that this process occurs only when and where it is needed. This two-step activation process makes that possible.”

Yan Jiang, HMS research fellow in biological chemistry and molecular pharmacology in the Wong lab and a co-first author on the paper, says the new findings could inspire “smart” drugs that are designed to treat obstructive clotting only in diseased areas of the body.

“When you’re putting a generic drug into the circulatory system, it’s taking effect everywhere, even in places that can cause detriment,” said Jiang. “For example, anticoagulants are medically necessary in many cases to prevent blood clots from forming, but they also carry the risk of excessive bleeding. What if we could design a smart drug that can mimic the two-step shapeshifting of VWF and only takes effect in areas where clotting is likely to occur?”

The body employs highly choreographed molecular mechanisms to maintain the right balance between blood flow and clotting in the dynamic blood stream. Revealing how VWF responds to changes in flow is a critical step to understanding the interplay between mechanical force and biology in clotting-related diseases.

“This experiment really represents a new platform for seeing and measuring what’s happening in the blood on a molecular level,” said Wong. “Through the use of novel microfluidic technologies that allow us to mimic the body’s vasculature in combination with single-molecule imaging techniques, we are finally able to capture striking images that uncover the mystery of nature’s forces at work in our bodies.”

Darren Yang, HMS research fellow in biological chemistry and molecular pharmacology at Boston Children’s, and Friedrich Scheiflinger of Shire, a biotechnology company in Vienna, Austria, were co-authors on the paper. 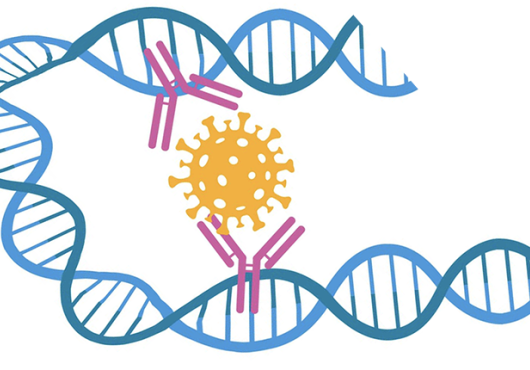 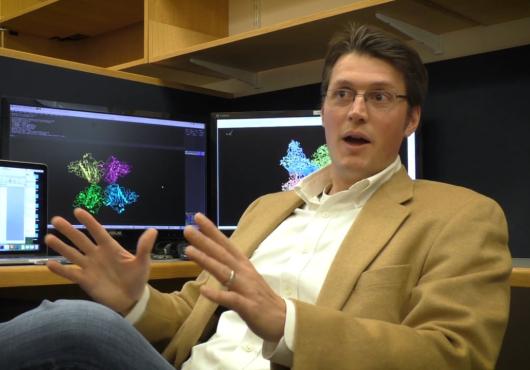 Researchers discover the fail-safe structure of an enzyme linked to Alzheimer’s, cancer