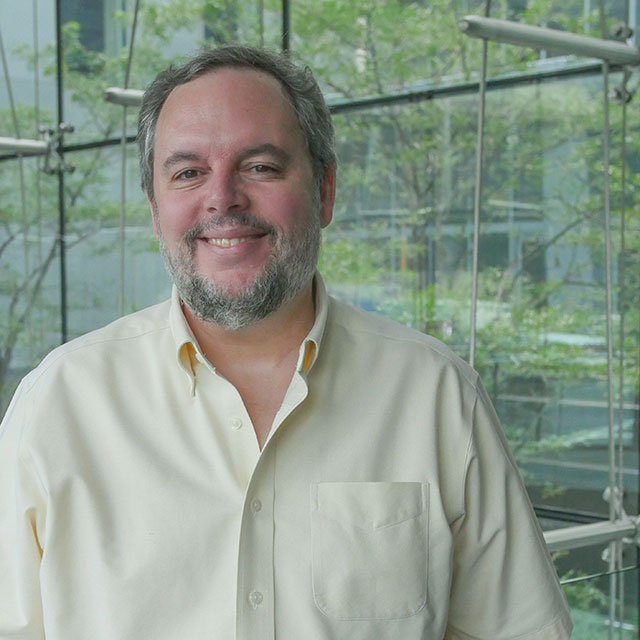 Stephen J. Elledge, the Gregor Mendel Professor of Genetics and of Medicine at HMS, and professor of medicine at Brigham and Women’s Hospital, is a co-recipient, with Evelyn Witkin of Rutgers University, of the 2015 Albert Lasker Basic Medical Research Award.

The award, widely considered to be among the most respected in biomedicine, will be presented on Friday, Sept. 18, in New York City.

Elledge and Witkin are being honored for their seminal discoveries that have illuminated the DNA damage response, a cellular pathway that senses when DNA is altered and sets in a motion a series of responses to protect the cell. This pathway is critical to a better understanding of many diseases and conditions, such as cancer.

"His insights into the basic mechanisms of the DNA damage response have profoundly enriched our understanding not only of the fundamental genetics of all cellular life, but also of how we conceptualize many diseases and conditions, especially cancer. This distinction is richly deserved, and I am delighted that Steve is being honored for this extraordinary body of work," Flier said.

"We are extremely proud of Steve, who is truly deserving of this recognition,” said Elizabeth G. Nabel, MD, president of Brigham and Women's Health Care.

“Courageous and insatiably inquisitive, he represents the best of Brigham and Women’s and our mission of driving innovation in basic science to improve human health. As a devoted mentor, Steve is deeply committed to guiding the careers of young investigators, ensuring that the next generation of scientists is filled with curious, passionate and talented researchers," she added.

Elledge often describes the process by which a cell duplicates itself as akin to the duplication of a small city. It is a vastly complex process that requires many levels of intricate coordination. Each cell contains a detailed blueprint for this entire process: DNA.

But not every duplication results in a perfect copy. That is because each time a cell makes a copy of itself, DNA is vulnerable to damage, not only from faulty cellular processes, but also from such entities as environmental chemicals. As DNA damage accumulates, it profoundly complicates a cell’s ability to make a faithful copy of itself. This can lead to serious illnesses, birth defects, cancer and other health problems.

Over the years, Elledge and his colleagues elucidated a signaling network that informs a cell when DNA sustains an injury.

Called the DNA damage response, this network senses the problem and sends a signal to the rest of the cell so it can properly repair itself, otherwise severe mutations can occur. As a result, this pathway helps keep the genome stable and suppresses adverse events such as tumor development.

When individuals are born with mutations in this pathway, they often have severe developmental defects. If the pathway is interfered with later in life, cancer can result.

In addition to the award in basic medical research, the Lasker Foundation is also presenting awards to individuals in clinical research and in public service.

According to Claire Pomeroy, president of the Albert and Mary Lasker Foundation, this year’s recipients “remind us all that investing in biological sciences and medical research is crucial for our future.”

Joseph L. Goldstein of the University of Texas Southwestern Medical Center and chair of the Lasker Medical Research Awards Jury, added, “The 2015 Lasker winners had bold ideas and pursued novel questions that they tested through fearless experimentation.”