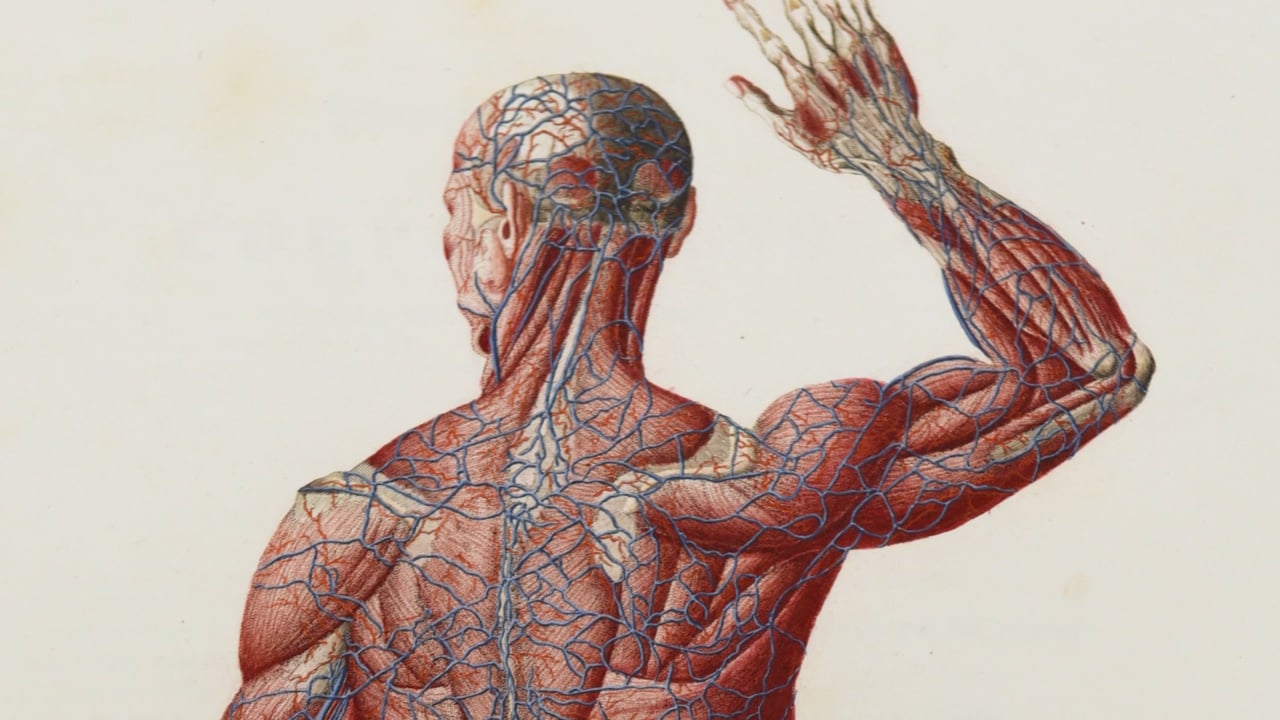 We are as old as our arteries, the adage goes, so could reversing the aging of blood vessels hold the key to restoring youthful vitality?

The answer appears to be yes, at least in mice, according to a new study led by investigators at Harvard Medical School.

The research, published March 22 in Cell, identifies the key cellular mechanisms behind vascular aging and its effects on muscle health and has successfully reversed the process in animals.

The findings pinpoint a glitch in the normal crosstalk that occurs between muscles and blood vessels and keeps both tissues healthy.

Using the synthetic precursors of two molecules naturally present in the body, the scientists also managed to reverse blood vessel demise and muscle atrophy in aging mice, boosting their exercise endurance in the process.

The achievement, the team said, paves the way to identifying related therapies for humans.

“We’ve discovered a way to reverse vascular aging by boosting the presence of naturally occurring molecules in the body that augment the physiological response to exercise,” said study senior investigator David Sinclair, professor in the Department of Genetics at Harvard Medical School and co-director of the Paul F. Glenn Center for the Biology of Aging at Harvard Medical School.

“The approach stimulates blood vessel growth and boosts stamina and endurance in mice and sets the stage for therapies in humans to address the spectrum of diseases that arise from vascular aging,” added Sinclair, who is also a professor at the University of New South Wales School of Medical Sciences in Sydney, Australia.

The researchers caution that many promising treatments in mice don’t have the same effect in humans due to critical differences in biology. However, the results of the experiments were dramatic enough to prompt the research team to pursue experiments in humans. Clinical trials for safety are already under way, Sinclair said.

As old as our blood vessels

Sinclair and team set out to unravel the mechanisms behind one of biology’s inevitabilities: aging.

As we grow old, we become weak and frail. A constellation of physiological changes—some subtle, some dramatic—precipitate this inevitable decline. What exactly happens inside our cells to cause the biological shifts that lead to aging? It’s a question that has vexed Sinclair and team for years.

As we age, our tiniest blood vessels wither and die, causing reduced blood flow and compromised oxygenation of organs and tissues. Vascular aging is responsible for a constellation of disorders, such as cardiac and neurologic conditions, muscle loss, impaired wound healing and overall frailty, among others. Scientists have known that loss of blood flow to organs and tissues leads to the build-up of toxins and low oxygen levels. The so-called endothelial cells, which line blood vessels, are essential for the health and growth of blood vessels that supply oxygen-rich and nutrient-loaded blood to organs and tissues. But as these endothelial cells age, blood vessels atrophy, new blood vessels fail to form and blood flow to most parts of the body gradually diminishes. This dynamic is particularly striking in muscles, which are heavily vascularized and rely on robust blood supply to function.

Muscles begin to shrivel and grow weaker with age, a condition known as sarcopenia. The process can be slowed down with regular exercise, but gradually even exercise becomes less effective at holding off this weakening.

Sinclair and team wondered: What precisely curtails the blood flow and precipitates this unavoidable decline? Why does even exercise lose its protective power to sustain muscle vitality? Is this process reversible?

In a series of experiments, the team found that reduced blood flow develops as endothelial cells start to lose a critical protein known as sirtuin1, or SIRT1. Previous studies have shown that SIRT1 delays aging and extends life in yeast and mice.

SIRT1 loss is, in turn, precipitated by the loss of NAD+, a key regulator of protein interactions and DNA repair that was identified more than a century ago. Previous research by Sinclair and others has shown that NAD+, which also declines with age, boosts the activity of SIRT1.

The study reveals that NAD+ and SIRT1 provide a critical interface that enables the conversation between endothelial cells in the walls of blood vessels and muscle cells.

Specifically, the experiments reveal that in young mouse muscle, SIRT1 signaling is activated and generates new capillaries, the tiniest blood vessels in the body that supply oxygen and nutrients to tissues and organs. However, as NAD+/SIRT1 activity diminishes over time, the study found, so does the blood flow, leaving muscle tissue nutrient-deprived and oxygen-starved.

Indeed, when researchers deleted SIRT1 in the endothelial cells of young mice, they observed markedly diminished capillary density and decreased number of capillaries, compared with mice that had intact SIRT1. Mice whose endothelial cells lacked SIRT1 had poor exercise tolerance, managing to run only half the distance covered by their SIRT1-intact peers.

To determine SIRT1’s role in exercise-induced blood vessel growth, the researchers observed how SIRT1-deficient mice responded to exercise. After a month-long training regimen, the hind-leg muscles of SIRT1-deficient mice showed markedly diminished ability to form new blood vessels in response to exercise compared with same-age mice that had intact SIRT1 in their endothelial cells.

Exercise-induced blood vessel formation is known to occur in response to growth-stimulating proteins released by muscles under strain. SIRT1, however, appears to be the key messenger relaying growth-factor signaling from muscles to blood vessels, the study found.

“It’s as if these cells had grown deaf to the signals that muscles sent their way,” Sinclair said.

The observation, he added, explains why age-related loss of SIRT1 leads to muscle atrophy and blood vessel demise.

Since the experiments revealed the critical role of SIRT1 in exercise-induced blood vessel formation, the researchers wondered whether boosting SIRT1 levels would stimulate blood vessel growth and stave off muscle wasting.

Exercise in a pill?

The scientists set their sights on NAD+, a molecule conserved across many life forms, known to decline with age and previously shown to stimulate SIRT1 activity.

Next, the team gave NMN over two months to a group of mice that were 20 months old—the rough equivalent of 70 in human years. NMN treatment restored the number of blood capillaries and capillary density to those seen in younger mice. Blood flow to the muscles also increased and was significantly higher than blood supply to the muscles seen in same-age mice that didn’t receive NMN.

To see whether the effects of NMN could be further augmented, the researchers added a second compound to the treatment regimen. The compound, sodium hydrosulfide (NaHS), is a precursor to hydrogen sulfide, which also boosts the activity of SIRT1.

A group of 32-month-old mice—the rough equivalent to 90 in human years—receiving the combo treatment for four weeks were able to run, on average, twice as long as untreated mice. In comparison, mice treated with NMN alone ran 1.6 times farther, on average, than untreated animals.

“These are really old mice so our finding that the combo treatment doubles their running capacity is nothing short of intriguing,” said study co-author James Mitchell, associate professor of genetics and complex diseases at the Harvard T. H. Chan School of Public Health.  Research led by Mitchell and published in the same issue of Cell also found sodium hydrosulfide to augment blood vessel formation in the muscles of mice.

“This observation underscores the notion that age plays a critical role in the crosstalk between blood vessels and muscles and points to a loss of NAD+ and SIRT1 as the reason behind loss of exercise effectiveness after middle age,” Das said.

The researchers say their findings may pave the way to therapeutic advances that hold promise for the millions of older people for whom regular physical activity is not an option.

“Even if you’re an athlete, you eventually decline,” Sinclair said. “But there is another category of people—what about those who are in a wheelchair or those with otherwise reduced mobility?”

The team’s ultimate goal is to replicate the findings and, eventually, move toward developing small-molecule, NMN-based drugs that mimic the effects of exercise—enhanced blood flow and oxygenation of muscles and other tissues. Such therapies may even help with new vessel growth of organs that suffer tissue-damaging loss of blood supply and oxygen, a common scenario in heart attacks and ischemic strokes, the team said.

“The last thing you want to do is provide extra blood and nourishment to a tumor if you already have one,” said study co-author Lindsay Wu, at the University of New South Wales School of Medical Sciences.

Sinclair and Wu point out that experiments done as part of the current study provide no evidence that treatment with NMN stimulated tumor development in animals treated with the compound.

The work was supported by the Glenn Foundation for Medical Research (grants RO1 AG028730 and RO1 DK100263), and by the National Institutes of Health/National Heart, Lung and Blood Institute (grant RO1 HL094499).