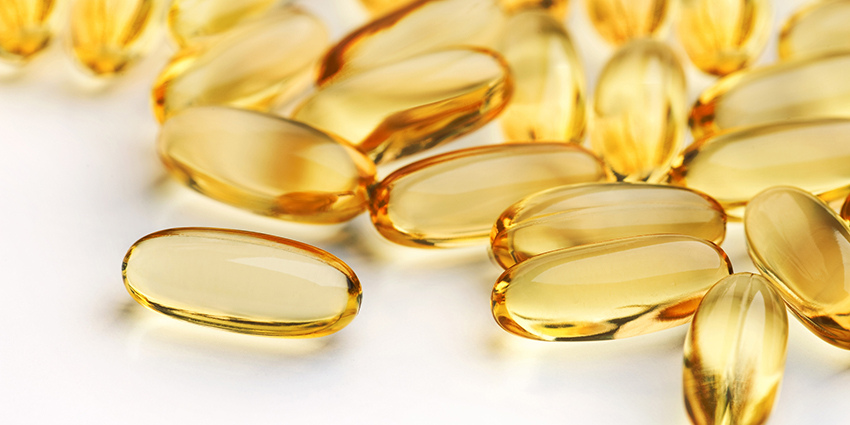 From plastics to pesticides, it seems like every week delivers fresh news about the dangers of endocrine disruptors—chemicals in the environment that alter the body’s hormones and can lead to reproductive, developmental, neurologic and immune problems and cancer.

Industry regulation and individual consumer choice can reduce exposure to such chemicals, but there are few options to counteract damage that has already occurred.

New research conducted in worms suggests a path toward changing that.

A naturally occurring antioxidant known as Coenzyme Q10, or CoQ10, reversed most of the reproductive harms caused by exposure to the plasticizer BPA (bisphenol A) in Caenorhabditis elegans worms, according to a study led by the lab of Monica Colaiácovo, professor of genetics in the Blavatnik Institute at Harvard Medical School.

The findings, published Feb. 6 in Genetics, provide the first evidence that at least some BPA-induced fertility damage can be undone.

“Chemicals are so prevalent in our environment that it was critical for us to focus first on identifying which ones are toxic and how they may affect human reproductive health,” said Colaiácovo, senior author of the study.

“Now, as we continue to screen for and study how chemicals affect reproductive health, we can also ask the next really important question: Given that we’re all exposed, how can we mitigate those effects in order to improve fertility and have healthier births?”

CoQ10 is produced by the body and can be found in many foods, particularly meat and fish. It is also available in over-the-counter dietary supplements, but those are neither regulated nor FDA-approved for any health conditions, and they occasionally cause side effects.

Although CoQ10 is already being recommended in some fertility clinics in the U.S. and Canada, the research team cautions that their findings must be replicated in further animal studies and in human clinical trials before the enzyme is prescribed for BPA-induced fertility damage.

Colaiácovo’s lab has documented the reproductive repercussions of many environmental chemicals in worms, including BPA.

When work from her lab and others suggested that BPA hampers reproductive health in part by causing oxidative damage, “it made sense to look at antioxidants” for help, she said.

The team started with CoQ10 because it’s readily available in stores, inexpensive and relatively safe, so if it proved effective in animal models, it would be well positioned for testing in people, said Colaiácovo.

The Kaneka Corporation, an international chemical manufacturer, provided the compound for the study. It did not contribute funding. None of the study authors stand to benefit financially from increased sales of CoQ10, Colaiácovo confirmed.

The researchers exposed groups of C. elegans worms to BPA, CoQ10 and a solvent called DMSO, alone and in various combinations. The BPA and CoQ10 exposures were designed to approximate human exposures, and BPA levels detected inside the worms were proportional to the amounts found in the general human population.

In humans, these types of abnormalities can lead to infertility, miscarriage and birth defects.

“CoQ10 rescued a lot of the defects we’d reported before,” said Colaiácovo. “It’s exciting to consider that we could be looking at a simple, low-cost intervention.”

C. elegans has proved a useful model organism for studying countless aspects of basic biology. Many of the reproductive abnormalities caused by exposure to environmental toxins observed in worms are also seen in mammals from mice to primates, said Colaiácovo, boosting hope that the CoQ10 findings will similarly translate.

Nevertheless, humans are not big worms, and people should not rush out and start taking CoQ10 as an anti-BPA agent without consulting a doctor, the study authors said.

For one thing, the researchers used “very pure,” quality controlled CoQ10, while store-bought supplements vary in CoQ10 content and do not always contain the amounts stated on labels, previous analyses have found.

“Our study underscores the need for tighter regulation and dedicated research on the biological effects of supplements,” said Colaiácovo.

For Colaiácovo, the findings offer a glimmer of hope amid a flood of concerning findings.

“When we uncover evidence of toxicity from yet another chemical, often there is a feeling of ‘Here we go again,’” she said. “But it’s important to see what we can learn from it. I want us to figure out solutions.”

María Fernanda Hornos Carneiro, who performed the work while at HMS and Universidade de São Paulo in Brazil and is currently at Pontifical Catholic University of Chile, and Nara Shin, postdoctoral fellow at HMS, are co-first authors of the paper. Other authors are affiliated with the New York State Department of Health and the University at Albany-SUNY School of Public Health.

This work was supported by a São Paulo Research Foundation postdoctoral fellowship (FAPESP 2016/23481-2) and the McKenzie Family Charitable Trust.