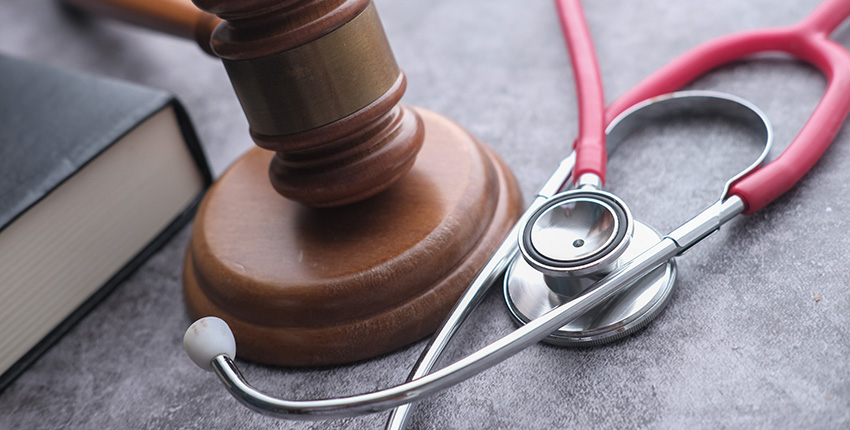 “I am unbelievably relieved and grateful.”

That was the reaction of second-year Harvard Medical School MD student Azan Virji, expressing what many were feeling on July 14 as word reached them that the federal government had agreed to rescind a rule that would have required all international students in the U.S. on F1 student visas to attend fall classes in person or leave the country.

The rule, announced by U.S. Immigration and Customs Enforcement (ICE) on July 6, would have prohibited all foreign students from remaining in or returning to the United States if their schools offered only online classes this fall.

The rule was largely seen as a move by the Trump administration to force U.S. colleges and universities to resume in-person classes this fall, despite the rising number of COVID-19 cases sweeping the country and to further limit immigration.

Immediately challenged as illegal in the U.S. District Court in Boston by both Harvard University and MIT, the complaint sought temporary injunction to prevent enforcement of the rule and was backed by dozens of other schools, states and organizations across the nation.

For many students, the ICE rule would have caused severe hardships and risks beyond deportation from the U.S., they said.

“Purchasing a ticket home would have been financially impossible and would have unnecessarily put my parents and vulnerable family members at risk of exposure to the virus,” said Virji, who was born and raised in Tanzania and immigrated to the U.S. to attend college.

He has written extensively about the issue that he and other international students have been facing since the pandemic began.

Dania Bahdila, from Saudi Arabia, is a candidate for doctor of medical science in oral biology at the Harvard School of Dental Medicine. She had just renewed the lease on her apartment for another year and was concerned that she would owe rent for a place where she wouldn’t be able to live.

Incoming first-year MD student Daniel Gabriel noted concerns over remote study challenges if he was forced to leave the U.S., such as disparate time zones and unstable living conditions, like those he experienced growing up in Nigeria.

“I, for one, grew up without constant electricity, so having to move back home to take my medical school classes online would mean I’d have to struggle with constant power outages and not having electricity and internet connection to be able to study effectively,” he said in a video, part of a series he has produced chronicling his medical school journey.

“I am relieved that I don’t have to decide between deferring a year or taking online courses in my home country without reliable internet and electricity,” said Ayantu Temesgen, from Ethiopia, and a second-year MD/PhD student in the Harvard-MIT Program in Health Sciences and Technology.

In a July 14 email to the Harvard community following the court announcement that the government had agreed to rescind the rule, Harvard President Larry Bacow called the announcement a “significant victory.”

“These students—our students—can now rest easier and focus on their education, which is all they ever wanted to do.”

“Harvard Medical School’s international students are a vital presence in our community, and they make critical contributions that propel the School’s mission as a force for good in the world,” said Daley. “This development will enable our international students to continue to learn and pursue research and do so in a manner that is consistent with public health advice.”

The surprise agreement to rescind the rule was announced by Federal District Judge Allison Burroughs during a brief hearing on July 14 after the legal challenges were brought by Harvard University and MIT on July 10 calling for an injunction.

Following Harvard’s and MIT’s court challenge, more than 75 colleges and universities across the country filed joint or individual complaints or briefs. Also challenging the rule were 26 cities, towns and counties; 17 state attorneys general, including Maura Healy of Massachusetts; and multiple organizations, including the American Council on Higher Education.

“This development will enable our international students to continue to learn and pursue research and do so in a manner that is consistent with public health advice.” —George Q. Daley

The July 6 ruling would have required international students to attend at least one in-person class to lawfully remain in the U.S. This fall, HMS has planned entirely remote instruction for all medical and dental students in the preclerkship phase of their education, which put those international HMS and HSDM students at risk for deportation.

“This outcome is such a relief, after all the anxiety so many students have been experiencing since this episode began last week,” said Edward Hundert, dean for medical education at HMS. “I hope our international students find comfort in the total support we always have had for them and always will.”

Burroughs’ announcement came as a welcome surprise to many. In a hearing that lasted less than 5 minutes, the judge said both parties had worked hard to come to an agreement to return to the preexisting government guidance adopted on March 13 that allowed international students to remain in the U.S while conducting their studies remotely.

Because of the coronavirus pandemic, universities across the country were forced to switch to online instruction this spring. Before the pandemic, students with F1 visas could not take more than one online course per term.

International students in the HMS master’s and PhD programs, particularly those starting programs this year, were also potentially vulnerable to the new ICE rule.

“The proposed policy would have disrupted the studies of some of our most creative and productive trainees in science and medicine.” —Rosalind Segal

“We are relieved that this misguided policy has been rescinded,” said Rosalind Segal, HMS dean for graduate education. “The proposed policy would have disrupted the studies of some of our most creative and productive trainees in science and medicine.”

“This would have harmed individual students and would have deprived the U.S. of the work of talented scholars, many of whom are directly engaged in finding solutions to COVID-19 and other major challenges facing the world,” Segal added.

“Their success is our success as a school and as a nation, since we know that the future patients and populations they will care for, find new cures for and advocate for are the real beneficiaries of their medical education at HMS,” Hundert said.

Temesgen said she is completing summer research in a lab investigating resistance mechanisms to various types of cancer therapies at the Koch Institute for Integrative Cancer Research at MIT.

While she is grateful that universities value international students and are prepared to fight for them, she said the ICE rule “forces us to question our value and creates an unwelcoming environment that is impossible to succeed in or contribute to.”

“This judicial victory is not limited to the international students, it is for all the university’s faculty, students and staff. We have to remain fully committed to prevent the spread of COVID-19 for our national and global security.” —Dania Bahdila

“We are here to learn and to contribute a great deal to our universities and our community,” she said.

Bahdila said she had endured a week of “mental turmoil and sleepless nights” but added that the experience had at least one positive aspect because the Harvard/MIT suit brought her closer to her colleagues and other fellow international students.

“The solidarity from the higher education community, politicians and the American people was heartwarming,” she said.

“Although we miss our campus activities, we understand the severity of this pandemic as dental public health students,” Bahdila added. “This judicial victory is not limited to the international students, it is for all the university’s faculty, students and staff. We have to remain fully committed to prevent the spread of COVID-19 for our national and global security.”

Virji said that while he is grateful to be able to remain in the U.S. to continue his education and pursue his American dream, he remains concerned.

He is the founder of an initiative to provide support and mentoring for international medical and dental students, called F1 Doctors. He said the work of the organization has paused during the pandemic to preserve the well-being of its 70-plus mentors who are all international students, residents or attending physicians, but the group hopes to resume its work in the coming weeks.

“We're not out of the waters just yet. I am still worried that ICE might release newer guidelines about what happens for new students in the fall, especially incoming students,” Virji said.

Bacow said in his letter that the Trump administration may still attempt to issue new rules and so the case remains open.

“Our legal arguments remain strong and the Court has retained jurisdiction, which would allow us to seek judicial relief immediately to protect our international students should the government again act unlawfully,” he said.

"Our work here is not done. Any and all immigrants have the same dream,” Virji said. “We must continue to fight for them with the same compassion as we did for international students.”