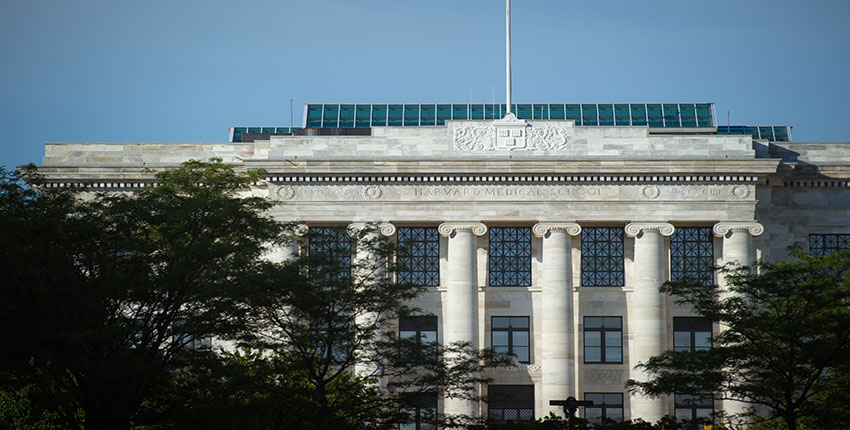 Harvard Medical School has selected the 2019 media fellows for the first of two thematic tracks this year: The Doctor and the Machine: The promise and peril of artificial intelligence in medicine (Sept. 9-13)

The media fellows for the AI track are:

Charles Bergquist, Science Friday
Charles Bergquist is director and contributing producer for the public radio program Science Friday and a founding member of Science Friday’s Science Club educational outreach initiative. He has been with Science Friday since 1997. From 2008 to 2010 he also served as an adjunct professor in the Department of Journalism at NYU, teaching the use of multimedia techniques in science reporting. In 2015, he was awarded a Kiplinger Fellowship from the Kiplinger Program in Public Affairs Journalism at The Ohio State University. Bergquist has covered topics ranging from cancer genetics and political decision making to spaceflight and nanomaterials. He has edited books for children on topics including AIDS, puberty and Lyme disease.

Denise Grady, The New York Times
Denise Grady has been a reporter in the science news department of The New York Times since 1998 and has also worked as a health editor there. She wrote for the Times for several years before that as a freelancer. Grady has written more than 1,000 articles about medicine and biology for the Times; edited two Times books, one on women’s health and one on alternative medicine; and has written Deadly Invaders, a book about emerging viruses that was published in 2006. Her work for the Times has included reporting on health from Sri Lanka, Angola, Tanzania, Uganda and Jordan. Grady’s other experience includes working as a staff writer covering medicine for Time magazine, an assistant editor for The New England Journal of Medicine, an instructor in writing at the University of New Hampshire and an assistant editor for the journal Physics Today.

Will Knight, MIT Technology Review
Will Knight has covered artificial intelligence at MIT Technology Review for the past four years. As the publication’s senior editor for this subject, he is responsible for shaping coverage of AI that cuts through the hype and the hoopla and gets into the technology’s real economic, political and social implications. In addition to a strong technical understanding, he has a proven ability to break news and write compelling feature stories. As a writer, Knight enjoys exploring the profound challenges and philosophical questions that come with trying to recreate nature’s most remarkable, and mysterious, creation: the human mind. During his time at MIT Technology Review, he has built a reputation for bridging the gap between the public perception of AI and the technical reality. Besides writing about the technology, Knight has undertaken research projects in machine learning and the spread of online misinformation.

Tim McDonnell, Freelance
Tim McDonnell has been a multimedia journalist focused on science, health and the environment for more than eight years. From 2011 to 2016, as a ​staff reporter for ​Mother Jones​ magazine in its New York bureau, he reported on everything from ​Monsanto’s embrace of “big data” technology​ to the ​CIA’s covert climate research program​.​ McDonnell left ​Mother Jones ​in 2016 to pursue a Fulbright-National Geographic Storytelling Fellowship on the impacts of climate change on food security in Kenya, Uganda and Nigeria. He has been a ​regular contributor​ to ​NPR​’s global health section blog Goats and Soda since the fall of 2017. He continues to work as a National Geographic Explorer and freelancer, abroad and in Washington, D.C., ​ and for publications including The​New York Times​, National Geographic​, MIT Technology Review and ​Bloomberg Businessweek.

Tom Murphy, The Associated Press
Tom Murphy began work as a reporter five days after graduating from college in 1994 and has stayed on the beat since then. He has covered capital murder trials as a court reporter, Fortune 500 companies on the business beat and even pulled shifts on the sports copy desk for variety’s sake. Presently, Murphy covers health care for The Associated Press. More specifically, he focuses on how health care is managed and how patients deal with new technology, overwhelming debt or insurer complications that delay treatment. He’s stuck with reporting for a few decades since finding that one can never say they have learned enough. There’s always some way to become a better writer or to sharpen reporting skills. A hot topic like health care always continues to evolve. First, drugstores started adding clinics to provide care, then telemedicine came along and now, some companies diagnose and treat patients using only chat messages. This evolution fascinates him.

Casey Ross, STAT
Casey Ross has been a journalist for 20 years and currently holds the position of national technology correspondent for STAT news. In addition, Ross co-authors a weekly heath tech newsletter and writes about the companies and technologies transforming the pharmaceutical and health care industries across the United States. Recent articles have examined efforts to apply artificial intelligence to patient care as well as the underlying scientific and ethical dilemmas posed by those efforts. He worked as a member of The Boston Globe’s Spotlight team in 2014, and was a finalist for the Goldsmith and Pulitzer prizes. He lives near Cleveland with his wife and children. When not spending free time with his kids, Ross can likely be found running, working in his cornfield or chasing chickens around the family’s barn.

Jackie Snow, Freelance
Jackie Snow is an award-winning freelance journalist who has been published by The New York Times, The Wall Street Journal, National Geographic and others. She has covered AI for The New York Times, MIT Technology Review and Fast Company. Jackie lives in Washington, D.C., and has spoken on and moderated panels about AI across the world. She got interested in AI on her first story on the topic for NPR’s New York City station in 2015. She worked with a talented producer and host, but they were in over their heads trying to cover the technology. It became clear from her research for this story that AI was going to be a big deal and having some expertise in the area would make her a better journalist and probably a more informed voter. She is currently building her very own AI model that can detect singer Taylor Swift in an image using the programming language Swift.

The annual Media Fellowship brings together a small group of medical and science journalists and preeminent researchers and physician-scientists for an immersive, educational five-day session on the Harvard Medical School campus in Boston.

This year, Harvard Medical School will host two media fellowships—one in September and one in November—each one exploring a different topic:

The Doctor and the Machine: The promise and peril of artificial intelligence in medicine (Sept. 9-13)

During each session, media fellows spend time on the Harvard Medical School campus to gain a deeper understanding of the spectrum of research and the state of science in a particular area. Reporters meet with a range of experts on a given topic, including basic scientists, translational investigators and practicing clinicians.

The fellowships are offered as educational opportunities on a background basis. Over the past 21 years, Harvard Medical School has hosted more than 100 reporters from domestic and international news outlets. 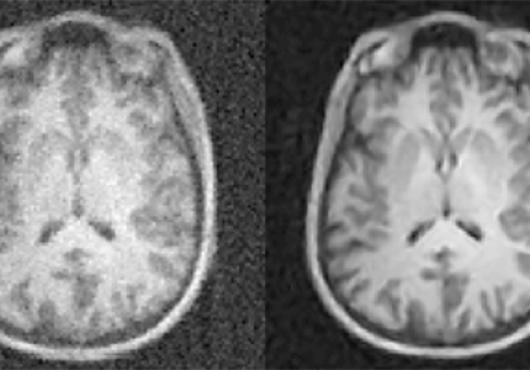