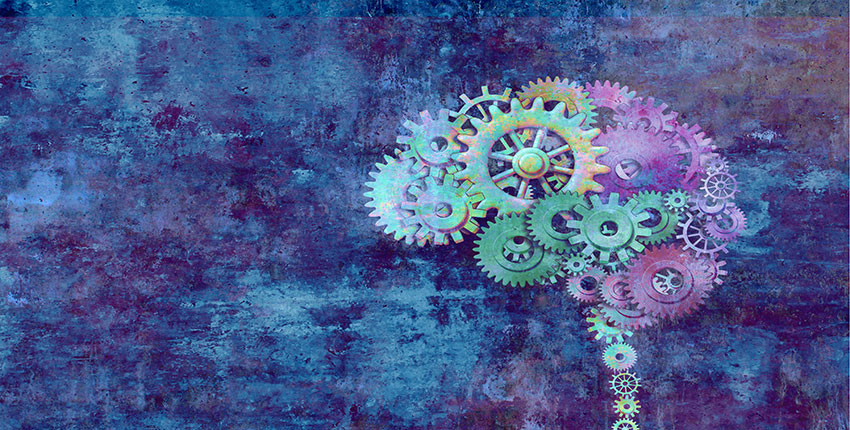 The inability to tolerate light touch is a telltale feature of autism and one of the disorder’s many perplexing symptoms. It has defied treatment and its precise origins have remained somewhat of a mystery.

Now, a study led by investigators at Harvard Medical School’s Blavatnik Institute has not only identified the molecular aberrations that give rise to heightened touch sensitivity in autism spectrum disorders but also points to a possible treatment for the condition.

The research, conducted in mice and published Aug. 8 in Cell, shows that an old experimental compound that exclusively targets the peripheral nerve cells not only mitigated abnormal touch sensitivity, but also improved body mass, alleviated anxiety and, in a subset of mice, prevented the development of certain brain abnormalities that arise from altered touch response.

If affirmed in further studies, the findings could help pave the way toward much-needed treatments, the research team said.

Current therapies, while somewhat effective, remain suboptimal because they cross the blood-brain barrier and cause sedation and memory problems.

“More and more people are diagnosed with autism and related disorders and the need to identify effective therapies with minimal or no side effects is acute. We believe our findings set the stage for the development of a new class of medicines that may not only treat sensory overreactivity but some of the other core behaviors seen in autism spectrum disorders,” said study senior investigator David Ginty, professor of neurobiology in the Blavatnik Institute at Harvard Medical School and a Howard Hughes Medical Institute investigator.

Additionally, the findings underscore just how important the peripheral nervous system is to brain development, the team said, providing a key clue into now-classic observations that young children deprived of normal touch during infancy have a greater risk of behavioral abnormalities in later life.

“Our findings help provide a molecular basis for a phenomenon that physicians and scientists have observed for decades,” said study first author Lauren Orefice, assistant professor of genetics in the Blavatnik Institute at Harvard Medical School and the Department of Molecular Biology at Massachusetts General Hospital.

“Our results add to a growing body of evidence demonstrating that abnormalities in peripheral neurons can hamper the development of key areas of the brain in newborn animals and contribute to behavioral problems later in life,” she said.

Earlier work by the same team identified defects in two specific genes—Mecp2 and Gabrb3—as the underlying drivers of abnormal touch sensitivity. Their absence in peripheral neurons, the work showed, decreases the activity of a key neurotransmitter, GABA, a chemical known to tamp down nerve signaling and regulate nerve-to-nerve communication in the spinal cord and brain.

Building on these findings, Ginty, Orefice and colleagues conducted a series of experiments demonstrating that each of these, as well as other genes linked to autism spectrum disorders, regulate distinct properties of peripheral neurons. When absent or defective, they give rise to altered sensitivity to light touch.

The new study additionally demonstrates that mice lacking yet another gene, Shank3, also had abnormal touch responses. However, the malfunction in neurons lacking Shank3 was different from the dysfunction seen in neurons lacking the other two genes, the study showed.

Conversely, restoring the presence of these genes in the peripheral neurons improved circuit development and function in the brains of newborn mice and restored normal touch sensitivity—an observation that underscores the critical role that peripheral nerve activity plays in brain development, the researchers said.

Given that alterations in Mecp2 and Gabrb3 genes cause abnormal touch sensitivity and impact brain development by modulating signaling by the neurotransmitter GABA, the researchers decided to test whether increasing GABA-receptor activity would reduce the aberrant neuronal firing and normalize touch sensitivity. Indeed, boosting GABA activity nearly normalized the animals’ response to touch.

One of the central challenges in treating touch hypersensitivity stems from the fact that current GABA-modulating drugs sometimes used to treat the condition cross the blood-brain barrier and cause sedation and, at times, cognitive problems. The researchers needed a way to precision-target peripheral nerves without affecting the brain.

They turned to isoguvacine, an experimental compound from the 1970s that activates GABA receptors but is believed to be incapable of permeating the blood-brain barrier.

“Years ago, we started thinking ‘Wouldn't it be lovely to be able to harness the power of these GABA drugs but restrict their activity to peripheral nerves?” Ginty said.

They were able to do precisely that.

Indeed, a series of experiments showed that treatment with isoguvacine normalized touch sensitivity in animals with features of autism-spectrum disorders and even attenuated anxiety and abnormalities in certain social behaviors.

The results, the researchers said, could help set the stage for developing treatments that recapitulate the drug’s effects. Working with Harvard's Office of Technology Development, they have patents pending for the use of peripherally restricted GABA-receptor drugs.

“What we would like to see happen is the development of a new class of compounds that are chemically altered to act selectively on peripheral nerves while sparing the brain,” Ginty said. “That’s the simple dream we’ve had, and our findings bring it just a bit closer within reach.”

David Ginty and Lauren Orefice’s research was supported by HHMI, a Goldenson Postdoctoral Fellowship, a SFARI Research Award from the Simons Foundation, the Blavatnik Biomedical Accelerator at Harvard University and QFASTR, and by NIH grants K99 NS101057 and R35 NS097344.

Relevant disclosures:
Ginty and Orefice have patents pending for the use of peripherally restricted GABA-receptor drugs.