Antiviral Defense from the Gut 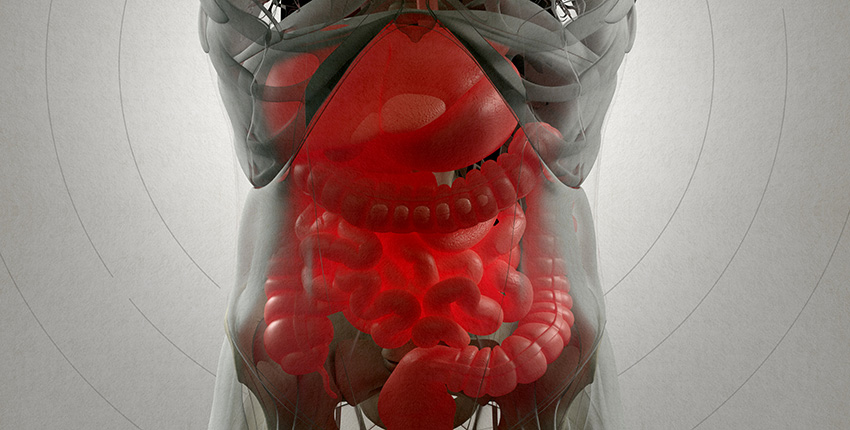 The role of the gut microbiome in disease and health has been well established. Yet, how the bacteria residing in our guts protect us from viral infections is not well understood.

Now, for the first time, Harvard Medical School researchers have described how this happens in mice and have identified the specific population of gut microbes that modulates both localized and systemic immune response to ward off viral invaders.

The work, published Nov. 18 in Cell, pinpoints a group of gut microbes, and a specific species within it, that causes immune cells to release virus-repelling chemicals known as type 1 interferons.

The researchers further identified the precise molecule—shared by many gut bacteria within that group—that unlocks the immune-protective cascade. That molecule, the researchers noted, is not difficult to isolate and could become the basis for drugs that boost antiviral immunity in humans.

The team cautions that the results remain to be confirmed in further animal studies and then replicated in humans, but the findings point to a novel strategy that could help enhance antiviral immunity in people.

“Given the critical role that interferons play in disease and health, our identification of a bacterial molecule that can induce interferon protective signaling points to a promising new approach to develop a therapeutic compound that could boost antiviral immunity to reduce the risk for viral infections,” said study senior author Dennis Kasper, professor of immunology in the Blavatnik Institute at Harvard Medical School.

The human body, like that of other mammals, is colonized by trillions of microbes—bacteria, viruses, fungi—collectively referred to as the commensal microbiota.

Current estimates suggest that there are roughly as many bacterial cells as human cells in the human body, and approximately a hundred times more bacterial genes than human genes, the vast majority of which reside in the lower gastrointestinal tract.

Low-level interferon signaling that offers antiviral protection in the absence of active infection is present in all humans shortly after birth, but where and how this signaling occurs has remained unclear.

This work provides an explanation for this phenomenon, demonstrating that this protective response arises from immune cells that reside in the walls of the colon. These cells, the work shows, release protective interferons when stimulated by a surface molecule residing on the membrane of a specific gut bacterium.

In a series of experiments conducted in cells and in animals the researchers found that one of those microbes, Bacteroides fragilis, present in the majority of human guts, initiates a signaling cascade that induces immune cells in the colon to release a protein called interferon-beta, an important immune chemical that confers antiviral protection in two ways: It induces virus-infected cells to self-destruct and also stimulates other classes of immune cells to attack the virus.

Specifically, the experiments demonstrated that a molecule that resides on the bacterium’s surface triggers the release of interferon-beta by activating the so-called TLR4-TRIF signaling pathway.

This bacterial molecule stimulates an immune-signaling pathway initiated by one of the nine toll-like receptors (TLR) that are part of the innate immune system.

The pathway is activated when proteins on the surface of immune cells recognize certain telltale molecular patterns on the surface of various infectious organisms and marshal immune defenses against these invaders through one of the nine toll-like receptor pathways.

Experiments conducted by Kasper’s team showed that B. fragilis unlocks one of these signaling pathways when its surface molecule communicates with immune cells of the colon through their TLR-4 TRIF receptors to secrete virus-repelling interferon-beta.

Because the specific surface molecule that unlocks this cascade is not unique to B. fragilis and is also present on multiple other gut bacteria of the same family, the researchers tested whether similar immune signaling could be triggered by other bacterial species carrying that molecule. A subset of experiments in a group of mice demonstrated that membranes containing this molecule found in multiple other species of the Bacteroides bacterial family could successfully initiate similar signaling—a finding that suggest a broader immune-protective signaling common to a wide range of gut bacteria.

To determine whether B. fragilis could protect animals from infection, the researchers tested two groups of mice, one treated with antibiotics to deplete their gut microbiota and one with intact gut microbiota.

Next, the researchers exposed the treated and non-treated animals to vesicular stomatitis virus (VSV), an organism that infects nearly all mammals but leads to largely asymptomatic infections in humans. Compared with mice that did not receive antibiotics and had their gut microbiota intact, antibiotic-treated animals with depleted gut microbiota were more likely to develop active infections after exposure to the virus and to have worse disease when they did get infected.

The results demonstrated the role of gut microbes in inducing protective interferon-beta signaling and in boosting natural resistance to viral infection. Interestingly, there were no differences among mice that lacked receptors for interferon-beta regardless of whether their gut microbiota was depleted.

The observations confirmed that it is precisely through interferon-beta signaling that the commensal microbiota exerts its protective effects.

Finally, to investigate whether the B. fragilis surface molecule that triggers interferon signaling in cells could also modulate how animals respond to viral infection, researchers gave animals with depleted microbiotas a purified form of the molecule in their drinking water.

When, a few days later, the animals were exposed to VSV, those pretreated with the molecule had markedly milder infections and identical survival to mice with intact gut microbiota and intact immune defenses.

The findings demonstrated that supplementation with this commensal microbial molecule is sufficient to restore the protective effects of the whole microbiota in animals with depleted gut microbiota.

The work was funded by U.S. Department of Defense (grant no. W81XWH1910625) and the Howard Hughes Medical Institute, with partial support from National Institute of Allergy and Infectious Disease (grant no. R42AI120269).