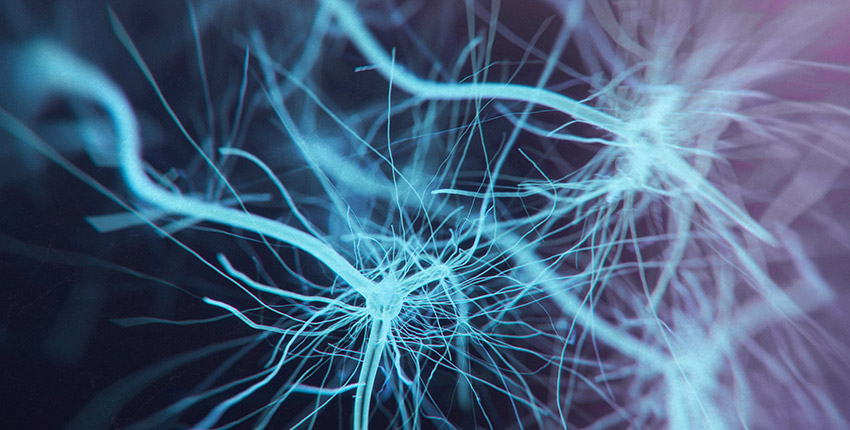 Four Harvard Medical School researchers in the School’s Blavatnik Institute and at affiliated hospitals and institutions have received awards from the Chan Zuckerberg Initiative (CZI) to advance research of neurodegenerative diseases.

Isaac Chiu, assistant professor of immunology at HMS, and Debora Marks, associate professor of systems biology at HMS, were among 17 early career investigators to receive Ben Barres Early Career Acceleration Awards. George Church, the Robert Winthrop Professor of Genetics at HMS, and David Walt, the Hansjörg Wyss Professor of Biologically Inspired Engineering at Brigham and Women’s Hospital and the Wyss Institute, along with Alice Chen-Plotkin from the University of Pennsylvania Perelman School of Medicine have received one of nine Collaborative Science Awards.

The awards launch the CZI Neurodegeneration Challenge Network, which brings together scientists from the fields of neuroscience, cell biology, biochemistry, immunology and genomics with computational biologists and physicians to understand the underlying causes of neurodegenerative disorders.

The HMS recipients and projects are as follows:

Project Description: Mammalian hosts are constantly exposed to gut-resident bacteria and to bacterial pathogens in the environment. It is increasingly clear that bacteria can signal to the nervous system to regulate neurophysiology, CNS inflammation and neurodegeneration. Amyotrophic Lateral Sclerosis (ALS) is a devastating motor neuron degenerative disease with few effective treatments. In this project, the Chiu lab will investigate the role that bacteria play in regulating neurodegeneration in ALS. Their major goals in this project are to: a) determine whether the gut microbiome alters inflammation, neuronal loss and disease progression in ALS mice; b) determine whether bacterial infections trigger neurodegeneration; and c) engineer a specific bacterial toxin to deliver pro-survival factors into motor neurons to treat ALS. Utilizing bacterial manipulation or engineering their toxins to modulate neurotoxicity could be transformative approaches to treat devastating motor neuron diseases.

Project Description: There is a major opportunity to use computational biology to accelerate discovery across neurodegenerative disease research. While extraordinary technological progress has revealed large numbers of genes and pathways associated with neurodegeneration, to get at the mechanisms that explain pathogenesis and identify therapeutic innovations requires many labor-intensive experiments. In the Marks lab, they develop novel statistical methods, employing probabilistic modeling and machine learning to find patterns in genomic data that allow them to discover the 3-D protein interactions, RNA complexes, and—most critically for neurodegenerative disease pathophysiology—their dynamics, alternative conformations and propensity to form structures that may progress to fibrils. The Marks lab is excited to collaborate and bring together research from clinicians, molecular biologists and geneticists to build tools to transform our ability to address these devastating processes.

Project Description: Presently, it is impossible to measure biomarkers in the blood that can detect Parkinson’s Disease early and monitor its progression. The group’s goal is to isolate tiny nanoscale-sized packets from the blood containing the contents of brain cells. These packets are called extracellular vesicles (EVs). The group’s goal is to capture EVs released specifically from brain neurons, so the group can “read out” their RNA and protein profiles and apply them to study the course of neurodegenerative diseases in patients. To accomplish this goal, the group will develop methods to isolate brain-specific EVs using unbiased computational and experimental techniques. They will develop robust isolation techniques to capture EVs based on specific surface protein markers. After isolation, they will use a new ultrasensitive protein measurement technology and high-throughput RNA sequencing to characterize the contents of these EVs. These methods can transform our current understanding of the course and progression of neurodegeneration.

Each of the 17 Ben Barres Early Career Acceleration Awards selected investigators will receive $2.5 million, as well as benefit from the scientific and professional mentorship and collaborative support of the Challenge Network.

Collaborative Science Awards will support small groups of interdisciplinary collaborations focused on the fundamental biology of neurodegeneration. Each group will receive $1.05 million.

Adapted from a CZI communication.