Under the Hood of the Adolescent Brain 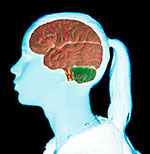 At a symposium spotlighting brain development in the second decade of life, former gang member Joe Sierra vividly illustrated the vulnerabilities of teenagers, yet opportunities for solutions. From age 12, when he was expelled from school, until two years ago, when he last left prison at age 23, Sierra’s world revolved around prison, gang fights, drug dealing, shooting and dodging bullets.

“I decided I was tired of prison, tired of fighting and realized I had to change,” Sierra told an audience ofclinicians and academicians attending the daylong symposium, “Mental Health and the Developing Brain in the Second Decade of Life,” at Harvard Medical School on October 6.

Sierra turned his life around, he said, because of a nonprofit program called InnerCity Weightlifting. There he found a mentor and a positive, supportive community, and last year he became its assistant manager. Sierra spoke at the symposium along with retired Boston Police detective Gary French, who had once targeted Sierra as one of the top 350 hard-core gang members to get off the streets. Both said more programs are needed to turn around the most violent teens.

The annual symposium was sponsored by Harvard Catalyst | The Harvard Clinical and Translational Science Center, which supports research across the university and affiliated institutions. Its intention was to inspire collaborations among attendees, pointed out Elizabeth Goodman, HMS professor of pediatrics and co-director of the Harvard Catalyst Child Health Program, in her opening welcome.

The symposium started with keynotes on the epidemiological patterns and neuroimaging insights about the teen brain.

With modern MRI, “we can look under the hood of the living teen brain,” said Jay Giedd, professor in the Department of Psychiatry at University of California, San Diego. His 20 years of research have shown that the brain matures by becoming more connected and specialized. The prefrontal cortex matures last, not finishing until after age 25. That means that executive functions such as reason, long-range planning and impulse control aren’t fully operational during adolescence.

“We see so many mental illnesses that start during the teen years because there are so many moving parts that can go wrong,” Giedd said. Though teens are vulnerable, “most become happy and healthy members of society,” he pointed out. 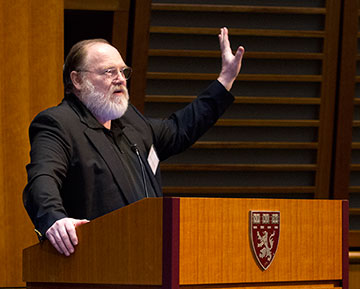 Mental illness is the top problem in the developed world that teens face, however, said Ronald Kessler, HMS McNeil Family Professor of Health Care Policy. Probably 90 percent of the most common disorders—anxiety, mood disorders, specific phobias, or major depression and social phobia—start before the teenage years. And they are often the “beginning of an enormous cascade of triggers and problems that go into adulthood.”

Mood dysregulation happens in adolescence as part of a range of disorders that include anxiety, depression and bipolar, said Melissa DelBello, co-director of the Division of Bipolar Disorders Research at University of Cincinnati College of Medicine. They are hard to differentially diagnosis and hard to treat. Chronic irritability, for example, could be disruptive mood dysregulation disorder (DMDD), oppositional defiant disorder or attention deficit hyperactivity disorder. There are different underlying mechanisms, she said, and more imaging studies necessary to sort them out.

These neurocognitive problems do not go away and are an urgent problem, said Mani Pavuluri, director of the Pediatric Mood Disorders Program and Pediatric Brain Research at the University of Illinois at Chicago. Her research has mapped circuitry for five core functional regions of the brain involved in mood dysregulation. Tracing the effect of medical interventions, she found that mood stabilizers and anti-psychotics work in different areas of the brain and can be used together.

“We must think about how systems in multiple domains function together to better help,” Pavuluri said.

Other speakers addressed predictors of suicide. It’s conclusive that suicide runs in families, said David Brent, who has an endowed chair in suicide studies at University of Pittsburgh School of Medicine. Someone who has a parent who committed suicide has a two-fold to four-fold risk of suicide. Although only about 5-10 percent of those with mental disorders attempt or complete a suicide, 90 percent of those who try or commit suicide are psychiatrically ill.

“Despite our efforts, every decade the rates of depression and of suicide have increased in the U.S.,” said Maurizio Fava, HMS Slater Family Professor of Psychiatry and executive vice chair of the Department of Psychiatry at Massachusetts General Hospital.

Unfortunately, suicide is hard to prevent, said Fava, who was the founding director of the renowned Mass General Depression Clinical and Research Program. There are models to explain how stressors or hopelessness may lead to the suicidal act, but clinicians are too often left not knowing who really will attempt suicide.

Mood disorders are now being more aggressively treated. But a substantial proportion of patients don’t respond to existing therapies. “We need to develop personalized medicine approaches, but not enough is known about the complex neurobiology,” Fava added.

The last symposium session focused on concussions, the most common form of mild traumatic brain injury (TBI). Concussions bring more than a half million youth to emergency departments annually.

“We know we don't need to do a CT scan on the vast majority of these kids,” said Keith Yeates, senior scientist at the Alberta Children’s Hospital Research Institute and Hotchkiss Brain Institute. Only a small percentage will go on to have cognitive problems. He’s currently studying how to predict who's at risk.

A good animal model is needed to answer questions about concussion, for which there is currently no effective therapy, said William Meehan III, director of research for the Brain Injury Center at Boston Children’s Hospital and HMS assistant professor of pediatrics.

He created a mouse model that approximates the traumatic effect of rapid rotation of the head. Using this model, he found evidence that the effects of concussions are cumulative, that the longer the time between repeated concussions the better, and that after a year the cognitive effects of multiple concussions still haven’t resolved.

Those who attended the symposium can apply for pilot grant funding from Harvard Catalyst for collaborative work that improves understanding of mood dysregulation and its consequences, such as suicide or interpersonal violence. Harvard Catalyst fosters translational science by offering funding, training and research tools and programs, one of which is the Child Health Initiative that sponsored this symposium.