Nearly two-thirds of U.S. adolescents have experienced an anger attack that involved threatening violence, destroying property or engaging in violence toward others at some point in their lives. These severe attacks of uncontrollable anger are much more common among adolescents than previously recognized, a new study led by researchers from Harvard Medical School finds.

The study, based on the National Comorbidity Survey Replication Adolescent Supplement, a national face-to-face household survey of 10,148 U.S. adolescents, found that nearly two-thirds of adolescents in the U.S. have a history of anger attacks. It also found that one in 12 young people—close to six million adolescents—meet criteria for a diagnosis of Intermittent Explosive Disorder (IED), a syndrome characterized by persistent uncontrollable anger attacks not accounted for by other mental disorders.

The results were published July 2 in Archives of General Psychiatry. 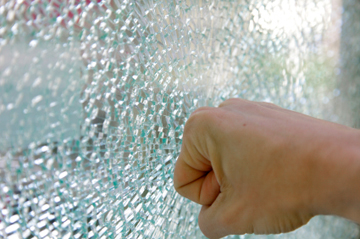 IED has an average onset in late childhood and tends to be quite persistent through the middle years of life. It is associated with the later onset of numerous other problems, including depression and substance abuse, according to senior author Ronald Kessler, McNeil Family Professor of Health Care Policy at HMS and leader of the team that carried out the study. Yet only 6.5 percent of adolescentswith IED received professional treatment for their anger attacks.

Study findings indicate that IED is a severe, chronic, commonly occurring disorder among adolescents, one that begins early in life. Yet the study also shows that IED is under-treated: although 37.8 percent of youths with IED obtained treatment for emotional problems in the 12 months prior to the study interview, only 6.5 percent received treatment specifically for anger. The researchers argue for the importance of identifying and treating IED early,perhaps through school-based violence prevention programs.

“If we can detect IED early and intervene with effective treatment right away, we can prevent a substantial amount of future violence perpetration and associated psychopathology,” Kessler said.

To be diagnosed with IED, an individual must have had three episodes of impulsive aggressiveness “grossly out of proportion to any precipitating psychosocial stressor,” at any time in their life, according to the Diagnostic and Statistical Manual of Mental Disorders. The investigators used an even more stringent definition of IED, requiring that adolescents not meet criteria for other mental disorders associated with aggression, including bipolar disorder, attention-deficit/hyperactivity disorder, oppositional defiant disorder and conduct disorder. As a result, researchers found that 1 in 12 adolescents met criteria for IED.