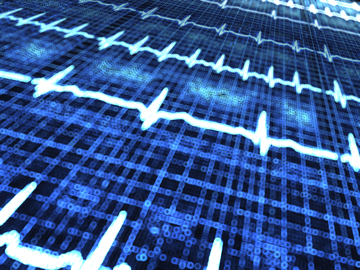 High-risk patients with certain acute heart conditions are more likely to survive than other similar patients if they are admitted to the hospital during national cardiology meetings, when many cardiologists are away from their regular practices.

“That’s a tremendous reduction in mortality, better than most of the medical interventions that exist to treat these conditions,” said study senior author Anupam Jena, assistant professor of health care policy at HMS, internist at Massachusetts General Hospital and faculty research fellow at the National Bureau of Economic Research.  There is substantial ambiguity in how medical care is practiced, particularly for these complex patients, he said. “This study may help illuminate some of those gray areas and suggest ways we can provide better care for those high-risk patients.”

The results of the study were published Dec. 22 in JAMA Internal Medicine.

Along with collaborators at the National Institutes of Health, the Leonard D. Schaeffer Center for Health Policy and Economics at the University of Southern California, Los Angeles, and the RAND Corporation, Jena compared similar populations of patients treated at teaching and nonteaching hospitals during American Heart Association and American College of Cardiology meetings and on matched dates immediately surrounding those meetings. They looked at survival rates of high-risk and low-risk patients with heart failure, heart attack and cardiac arrest.

While survival rates at teaching hospitals went up during meetings for high-risk heart failure and for cardiac arrest, there was no difference in mortality between meeting and non-meeting dates for patients with high-risk heart attack or for low-risk patients with any of the conditions studied. There was also no change in mortality rates for any patients for any of the conditions in nonteaching hospitals.

“We don’t have the full set of answers about what works best in these cases, but the evidence suggests that a less is more approach might be best for higher-risk patients with these conditions,” Jena said.

The researchers found that certain intensive procedures were performed less often on the high-risk patients in the study during meeting dates than outside meeting dates.

One explanation for these findings, the researchers said, is that physicians who don’t attend the conferences take a more conservative approach for high-risk patients; another is that the physicians who stayed behind were reluctant to perform intensive procedures on another physician’s patients while that doctor was out of town. Survival rates might be higher because, for high-risk patients with cardiovascular disease, the harms of intensive procedures may unexpectedly outweigh the benefits.

High-risk patients are typically older people with complicated medical histories and clinical profiles that make them especially vulnerable to the illnesses studied and, perhaps, to some of the more intensive methods used to treat these conditions.

Little is known scientifically about the benefit of many interventions for high-risk patients: A 50-year-old overweight smoker having a heart attack is a classic candidate for certain intensive interventions, such as coronary artery stenting, based on the effectiveness of those procedures in clinical trials conducted on other similar patients. More complex, higher risk cases might not benefit from or tolerate the same interventions in the same way.

Clinical trials teach us a great deal about how to treat a certain subset of patients, most often low- to moderate-risk patients, Jena said. Many trials do not enlist the highest risk patients, and it may be incorrect for physicians to assume that patients of all risk levels should be treated the same.

“Our study provides some evidence that treating high-risk patients the same as lower-risk patients may be bad medicine,” Jena said.

The researchers speculated that differences in survival rates were detected only among patients treated at teaching hospitals because of the higher concentration of physicians from a teaching hospital who would be likely to attend a scientific meeting. Detailed information about the demographics of attendees at the meetings was not available for the study.

The study was inspired by prior research showing that patients hospitalized on weekends and late at night have worse outcomes than those who become ill during regular office hours, due to lower overall staffing levels during off hours. What might happen, the researchers asked, when overall staffing levels remained the same but the number of physicians dropped?

Every year, thousands of physicians attend scientific meetings. The researchers chose to study cardiology because cardiac conditions are often acute, with sudden onset, and a patient’s treatment cannot be easily rescheduled to accommodate a physician’s travel schedule. The researchers said they expected to find that patient outcomes were worse when physicians were out of town and so were surprised by the results of the study.