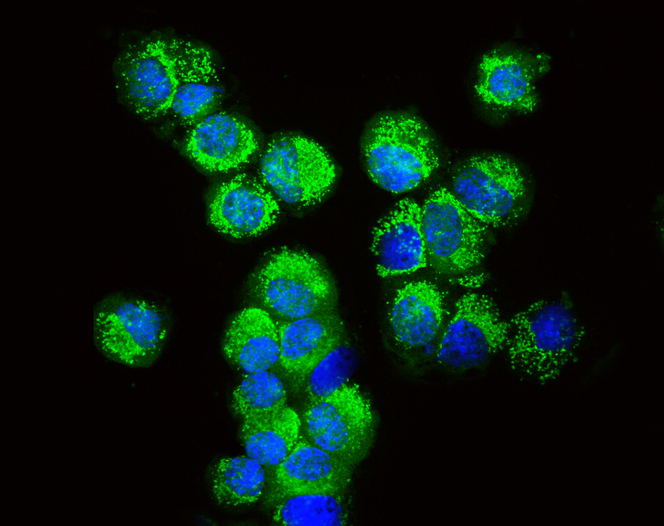 In a new study published online in the journal Neurology, a research team led by neurologists at Harvard Medical School and Beth Israel Deaconess Medical Center and neuropsychologists at Boston University has shown that when patients with Parkinson’s disease experience a drop in blood pressure upon standing up—a condition known as orthostatic hypotension (OH)—they exhibit significant cognitive deficits. These deficits reverse when they lie down and their blood pressure returns to normal.

These cognitive impairments may go unnoticed by physicians assessing patients with Parkinson’s who are lying down or seated, and the impairments could lead to difficulty in daily activities performed while standing and walking, such as tracking conversations, counting change and interpreting traffic signals.

“Cognitive impairment is a common symptom of Parkinson’s disease,” said co-senior author Roy Freeman, HMS professor of neurology and director of the Center for Autonomic and Peripheral Nerve Disorders at Beth Israel Deaconess. “In this study, we demonstrated that the upright posture in patients with Parkinson’s disease exacerbated cognitive deficits and that this effect is transient and reversible. Based on these results, we encourage clinicians to include cognitive testing in a variety of postures in their assessments of patients.”

Marked by characteristic tremor, rigidity and slowness of movement, Parkinson’s disease is a progressive degeneration of parts of the nervous system. It affects many aspects of movement and can cause a masklike, expressionless face; rigid limbs; and problems with walking and posture. Parkinson’s is also associated with cognitive defects attributed to breakdowns in connectivity between regions of the brain. Up to 50 percent of people with Parkinson’s disease may also have orthostatic hypotension.

In a previous study, Freeman and colleagues demonstrated that orthostatic hypotension is linked to reversible cognitive impairment in patients with a rare neurological disorder called autoimmune autonomic ganglionopathy. In this new study of the far more prevalent Parkinson’s disease, the researchers investigated whether OH is linked to reversible cognitive deficits in patients with Parkinson’s as well.

Freeman and colleagues including lead author Justin Centi, research assistant in the Center for Autonomic and Peripheral Nerve Disorders, and co-senior author Alice Cronin-Golomb, director of the Vision and Cognition Laboratory, director of the Center for Clinical Biopsychology, and professor of psychological and brain sciences at Boston University, divided 55 volunteers into three study groups: 18 patients with both Parkinson’s and OH, 19 patients with Parkinson’s but without OH, and 18 control participants with neither Parkinson’s nor OH.

“As we suspected, people with both Parkinson’s disease and orthostatic hypotension showed posture-related impairments when upright relative to supine on nearly all measures of cognition,” said Centi, who noted that study participants with Parkinson’s disease without orthostatic hypotension demonstrated deficits on only two cognitive tests. There was no difference between upright and supine scores for the control group.

When the three groups’ relative performances were compared to each other, postural changes had no significant impact on participants with Parkinson’s without OH, compared to the control group. However, participants with both Parkinson’s and OH were far more susceptible to posture-related impairment on several tests, including those that measured math skills and abilities such as producing words easily, keeping information in mind while working on it, paying sufficient attention so that later memory is efficient, and searching for items quickly and accurately.

“Essentially all neuropsychological tests are given to patients in the seated position in the clinic as well as during most research studies—with the exception of imaging studies in which the patient is lying down,” said Cronin-Golomb. “The cognitive performance that we see in those patients with Parkinson’s disease who are tested when seated or lying down in fact may underestimate their cognitive problems in real life, when they are standing up and going about their business of daily activities. Also, the patterns of brain activity that we see on imaging when they are lying down may not be the patterns that the brain produces during normal upright activity.”

Cognitive deficits in Parkinson’s result, at least in part, from neurodegeneration, the authors explained. But transient blood pressure changes when upright may indeed play a contributing role. Clinical providers might miss an important target for intervention when not considering OH as a contributor to cognitive impairment.

This work was funded by grants from the National Institutes of Health (U54NS0657360) and National Institute of Neurological Disorders and Stroke (R01NS067128) and with support from a Ruth L. Kirschstein National Research Service Award (F31NS074801).