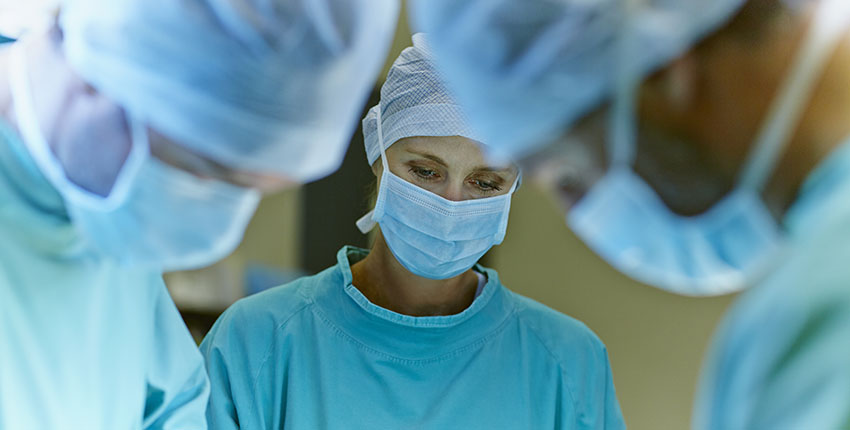 Perception is reality, the adage goes, and it may even be true when it comes to conveying the findings of medical and life science research.

The language male and female scientists choose to describe their discoveries can drive levels of attention from peers, boost subsequent citations and, eventually, contribute to career advancement.

These are the findings of an analysis led by an international team of researchers in the Blavatnik Institute at Harvard Medical School, the University of Mannheim and Yale University, published Dec. 16 in BMJ.

The analysis is believed to be the first large-scale study to quantify gender differences in language framing in biomedical research.

The researchers analyzed more than 6 million peer-reviewed clinical and life science publications and found that papers with male lead authors were up to 21 percent more likely to use positive framing—language that casts the findings as important—in titles and abstracts than those with female lead authors.

The study, which used natural language processing to parse the papers’ language, found that the titles and abstracts of research led by men were more likely to use words such as “excellent,” “novel” and “unique” than research led by women. The research also shows that papers using such framing had up to 13 percent more citations by other researchers than papers without the positive spin.

Despite increasing equity in the numbers of men and women doing research in medicine and science, the study authors noted that women remain underrepresented on faculties of medicine and the life sciences. Women also earn lower salaries, receive fewer research grants and garner fewer citations than their male colleagues. While many systemic, social and cultural factors affect this, including conscious, unconscious and structural biases, another contributor to these persistent gender gaps may be differences in the extent to which women promote their research accomplishments relative to men, the authors said.

"The factors that underlie gender disparities in academia are many and complex, but it is important to be aware that language may also play a role—as both a driver of inequality and as a symptom of gender differences in socialization," said senior author Anupam Jena, the Ruth L. Newhouse Associate Professor of Health Care Policy at Harvard Medical School. There are longstanding sociological studies and observations suggesting that, in general, men are more strongly promoting themselves in all lines of work, the researchers said.

“One theory you hear to explain this is that maybe men promote themselves more, at least in part because it is deemed more socially acceptable for them to engage in such behavior," said lead author Marc Lerchenmueller, assistant professor for technological innovation and management science at the University of Mannheim in Germany. “But we wanted to quantify the magnitude of this effect in biomedical research and measure objective differences in the way research done by men and women is presented in scholarly journals.”

To account for any potential changes in editorial practices over the years or between journals, the researchers compared papers from the same publication and from the same year with one another. To control for differences between different types of research, the team compared only publications that investigated topics of similar novelty (determined from the keywords assigned to the articles), such as randomized controlled trials in cancer.

The researchers analyzed 101,720 studies published between 2002 and 2017 in clinical journals indexed in PubMed, as well as over 6.2 million general life science studies. They determined the probable gender of the authors of these studies using the database Genderize. Articles in which the first and last authors were both female were, on average, 12.3 percent less likely to use positive terms to describe research findings compared to articles in which either the first or last author was male. The gender difference in positive presentation was greatest in high-impact clinical journals—those whose studies are most heavily cited—with women being 21.4 percent less likely to present research positively.

The research also showed that the use of positive words had a significant impact on how the research was perceived by readers. This type of framing was, on average, associated with 9.4 percent more subsequent citations. The effect was even more pronounced in high-impact clinical journals, where papers with promotional titles and abstracts had 13 percent more citations.

The researchers acknowledged that they did not have a way to compare the scientific merits of each publication relative to others and determine whether the linguistic framing was justified in this large set of articles, or to determine how much the difference in language might be determined by journal editors rather than the papers’ authors. However, the trend was patently clear—the findings of studies led by men were clearly framed as more important than those led by women.

So what can be done to alleviate any possible effects of such linguistic disparities?

The first step is building a body of evidence and increasing awareness of differences wherever they exist, the researchers said.

“It's useful for men and women to be aware that these language differences exist, and that they may impact how research is perceived,” Lerchenmueller said.

The researchers acknowledged that gender imbalance in biomedical research and in academic medicine has many causes, which means that increasing equity will require many approaches across many fronts, including education, mentoring and publishing.

The scientific and medical communities will need to work together to find ways to close these persistent gender gaps, the researchers said. For example, mentors should help women be thoughtful about using all available tools to position and promote research in a way that the research deserves, so it gets read, shared and used. Journal editors should be aware that these differences exist and should have objective protocols in place to make sure that researchers use the same language to describe similar research results.

“As a society, we want the best work to rise to the top on its own merits—how it helps us understand and improve health—not based on the gender of the researchers or on the researchers' own opinion about whether their work is groundbreaking,” Jena said.

Co-author Olav Sorenson of Yale University also contributed to this study.
Support was provided by the Office of the Director, NIH (1DP5OD017897) to Jena, from the German Research Foundation (DFG grant LE 3426/1-2) to Lerchenmueller, and from Yale University’s Initiative on Leadership and Organization to Lerchenmueller and Sorensen. Jena has received consulting fees unrelated to this work from Pfizer, Hillrom Services, Bristol-Myers Squibb, Novartis, Amgen, Eli Lilly, Vertex Pharmaceuticals, AstraZeneca, Celgene, Tesaro, Sanofi-Aventis, Biogen, Precision Health Economics and Analysis Group. Lerchenmueller is a cofounder and shareholder of AaviGen GmbH.