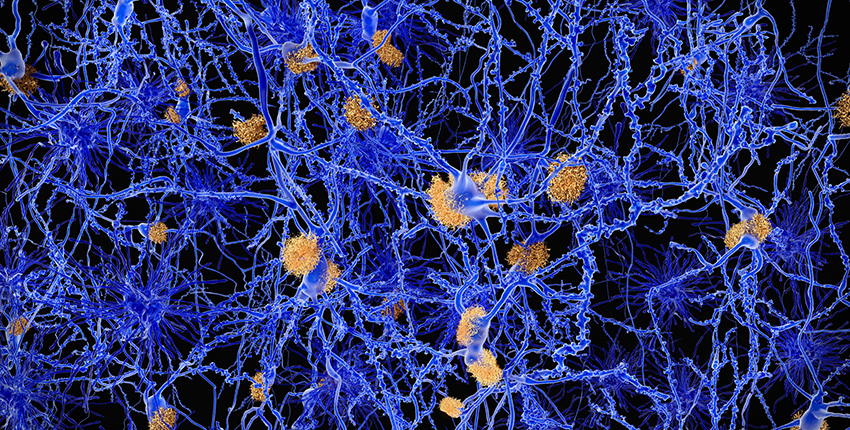 Delirium is the most common post-surgical complication in older adults. Marked by acute temporary confusion, disorientation and/or agitation, it strikes as many as half of adults over 65 who undergo high-risk procedures such as cardiac surgery and hip replacements.

Postoperative delirium is also tightly linked to Alzheimer’s disease. Although each can occur independently, Alzheimer’s is a leading risk factor for delirium, and an episode of delirium puts patients at increased risk for cognitive decline and Alzheimer’s.

However, the physiological mechanisms that link delirium and Alzheimer’s disease remain largely unknown.

Now, in a paper published Nov. 22 in Alzheimer's & Dementia: The Journal of the Alzheimer's Association, researchers at Harvard Medical School and Beth Israel Deaconess Medical Center shed light on a genetic risk factor for Alzheimer’s disease that may indirectly influence patients’ risk of postoperative delirium.

In a study of older adults without dementia undergoing major noncardiac surgery, researchers observed that patients carrying a specific variant of a gene appeared to be much more vulnerable to delirium under certain conditions than people without the variant.

The team’s findings could open the door to future interventions to prevent or mitigate postoperative delirium in at-risk patients.

“Our findings confirmed our hypothesis that patients’ risk of postoperative delirium differs by genetic predisposition,” said Sarinnapha Vasunilashorn, assistant professor of medicine at HMS and Beth Israel Deaconess and first author of the study. “We observed a strong and significant association between high postoperative inflammation and delirium incidence, duration and severity among patients carrying a variant of the gene considered to be risky, while the association was weaker and nonsignificant among noncarriers.”

Vasunilashorn and colleagues focused on a gene called APOE, short for apolipoprotein E. The risky version of the gene, notated as APOE ɛ4, is the strongest known genetic risk factor for late-onset Alzheimer’s disease and a widely studied genetic risk marker for delirium.

While recent studies have shown no direct relationship between APOE ɛ4 and delirium, Vasunilashorn’s team hypothesized that the gene variant might indirectly influence risk of delirium by modifying the body’s response to inflammation—part of the immune system’s natural defense system—indicated by the presence of an inflammatory marker in the blood called C-reactive protein, or CRP.

Using data from the Successful Aging after Elective Surgery (SAGES) study, an ongoing prospective cohort study investigating risk factors and long-term outcomes of delirium, the scientists looked at the incidence, severity and duration of delirium in 560 patients who were at least 70 years old and who underwent major noncardiac surgeries under general or spinal anesthesia. Patients were monitored for delirium, assessed by daily cognitive assessments of attention, memory and orientation throughout their hospital stay.

“Our findings suggest that APOE ɛ4 may be an indicator of brain vulnerability,” said Vasunilashorn. “This work may inform the targeting of future interventions, such as anti-inflammatory treatments, for prevention of postoperative delirium and its associated adverse long-term cognitive outcomes in patients with this genetic susceptibility.”

Edward Marcantonio, professor of medicine at HMS and Beth Israel Deaconess, is senior author of the study.