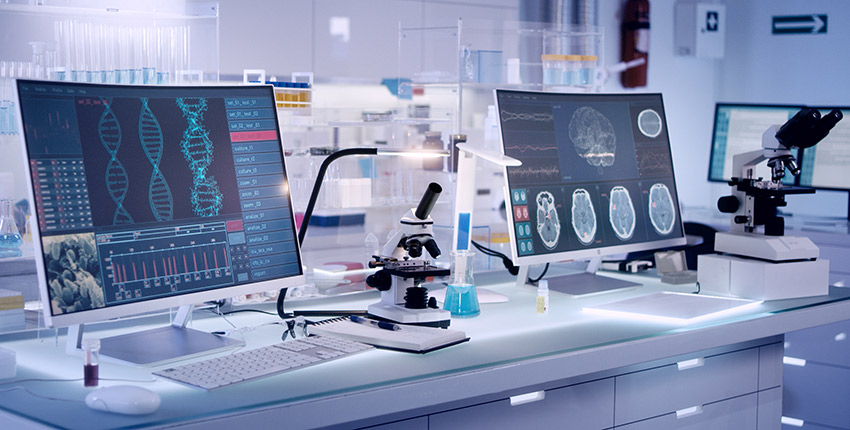 “The science put forward by this cohort is exceptionally novel and creative and is sure to push at the boundaries of what is known,” said NIH Director Francis Collins. “These visionary investigators come from a wide breadth of career stages and show that groundbreaking science can happen at any career level given the right opportunity.”

The awards and investigators from the Blavatnik Institute at HMS and HMS-affiliated hospitals are:

Filbin studies pediatric brain tumors, with particular focus on lethal gliomas and malignant embryonal brain tumors that are in greatest need of improved treatments. She is helping researchers better understand how specific developmental and cellular features give rise to tumor-driving mutations and affect the resulting tumors. This knowledge, in turn, provides a foundation for designing new therapies that stop cell overproliferation or trigger tumor cell death.

Ruaidhrí Jackson, assistant professor of immunology in the Blavatnik Institute at HMS

Jackson probes the underpinnings of inflammation by exploring unknown molecules, sensory pathways, and cellular connections. Part of his work involves studying how mucosal barriers coexist with the human microbiome yet prevent the invasion of foreign microbes, illuminating how these barriers break down in disease, and investigating how researchers might avert such breakdowns to prevent disease. He has also discovered new strategies that innate immune cells use to detect infection and trigger inflammation.

Kranzusch investigates how cells respond to pathogens and how scientists might use those response pathways to develop new therapies for cancer and autoimmune diseases. In one branch of his research, he aims to uncover the detailed workings of a cell-signaling pathway called cGAS-STING, which helps cells recognize abnormal DNA and has piqued some researchers' interest as a potential avenue for training the immune system to fight cancer.

The NIH Director's Transformative Research Award promotes cross-cutting, interdisciplinary approaches and is open to individuals and teams of investigators who propose projects that have the potential to create or challenge existing paradigms.

Duane Wesemann's research focuses on how antibodies recognize and neutralize invaders, including SARS-CoV-2. His work has the potential to change our understanding of the fundamental principles underlying antibody responses to infection and vaccination, as well as autoimmune and allergic antibody responses.

Yun's lab develops light-based technologies, such as microscopes, lasers, and fiber-optic devices—that illuminate human biology, health, and disease. His work has allowed researchers to peer into the mechanical workings of cells and tissues in unprecedented ways and explore new methods for detecting, diagnosing, and combating illness, including but not limited to diseases of the eye and ear.

Lee and colleagues develop methods to sharpen clinical images, advance imaging technologies, and interpret image data to help researchers and health care practitioners better understand the human brain, make diagnoses, and assess outcomes. He specializes in magnetic resonance technologies and in imaging the living brain from the micro- to the macroscopic level.

The High-Risk, High-Reward Research program catalyzes scientific discovery by supporting highly innovative research proposals that, due to their inherent risk, may struggle in the traditional peer-review process despite their transformative potential. Program applicants are encouraged to think creatively and pursue trailblazing ideas in any area of research relevant to the NIH’smission to advance knowledge and enhance health. The program is part of the NIH Common Fund, which oversees programs thatpursue major opportunities and gaps throughout the research enterprise that are of great importance to NIH and require collaboration across the agency to succeed.

Adapted from an NIH news release.