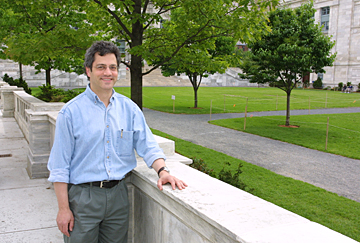 For decades, neurologists have known that a diet high in fat and extremely low in carbohydrates can reduce epileptic seizures that resist drug therapy. But how the diet worked, and why, was a mystery—so much so that in 2010, The New York Times Magazine called it “Epilepsy’s Big, Fat Miracle.”

Now, researchers at Dana-Farber Cancer Institute and Harvard Medical School have proposed an answer, linking resistance to seizures to aprotein that modifies cellular metabolism in the brain. The research, to be published in the May 24th issue of the journal Neuron, may lead to the development of new treatments for epilepsy. 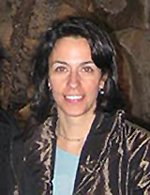 The research was led jointly by Nika Danial, HMS assistant professor of cell biology at Dana-Farber Cancer Institute, and Gary Yellen,professor of neurobiology at Harvard Medical School. The first author was Alfredo Giménez-Cassina, a research fellow in Danial’s lab.

Epilepsy is a neurological disorder characterized by repeated seizures, an electrical storm in the brain that can manifest as convulsions, loss of motor control, or loss of consciousness. Some cases ofepilepsy can be improved by a diet that drastically reduces sugar intake, triggering neurons to switch from their customary fuel of glucose to fat byproducts called ketone bodies. The so-called ketogenic diet, which mimics effects of starvation, was described more than 80 years ago and received renewed interest in the 1990s. Recent studies corroborate that it works, but shed little light on how.

“The connection between metabolism and epilepsy has been such a puzzle,” said Yellen, who was introduced to the ketogenic diet through his wife, Elizabeth Thiele, HMS professor of neurology, who directs the Pediatric Epilepsy Program at MassGeneral Hospital for Children, but was not directly involved in the study. “I’ve met a lot of kids whose lives are completely changed by this diet,” Yellen said. “It’s amazingly effective, and it works for many kids for whom drugs don’t work.”

“We knew we needed to come at this link between metabolism and epilepsy from a new angle,” said Danial, who had previously discovered a surprising double duty for a protein known for its role in apoptosis: The protein, BCL-2-associated Agonist of Cell Death, or BAD, also regulated glucose metabolism.

Giménez-Cassina further discovered that certain modifications in BAD switched metabolism in brain cells from glucose to ketone bodies. “It was then that we realized we had come upon a metabolic switch to do what the ketogenic diet does to the brain without any actual dietary therapy,” said Gimenez-Cassina, who went on to show that these same BAD modifications protect against seizures in experimental models of epilepsy. Still, it wasn’t clear exactly how.

Yellen suspected the solution involved potassium ion channels. While sodium and calcium ion channels tend to excite cells, including neurons, potassium channels tend to suppress cell electrical activity. His lab had previously linked ketone bodies to the activation of ATP-sensitive potassium (KATP) channels in neurons. Yellen had hypothesized that the ketogenic diet workedbecause ketone bodies provide neurons enough fuel for normal function, but when the electrical and energy storm of an epileptic seizure threatens, the activated KATP channels can shut the storm down. But the effects of diets are broad and complex, so it was impossible to say for sure.

The effects that Danial’s lab had discovered—BAD’s ability to alter metabolism and seizures—offered a new avenue for studying the therapeutic effects of altered metabolism. Together, the researchers decided to investigate whether Danial’s switch governed Yellen’s pathway, and whether they could reverse engineer the seizure protection of a ketogenic diet.

They could. Working in genetically altered mice, the researchers modified the BAD protein to reduce glucose metabolism and increase ketone body metabolism in the brain. Seizures decreased, but the benefit was erased when they knocked out the KATP channel—strong evidence that a BAD-KATP pathway conferred resistance to epileptic seizures. Further experiments suggested that it was indeed BAD’s role in metabolism, not cell death that mattered. The findings make the BAD protein a promising target for newepilepsy drugs.

“Diet sounds like this wholesome way to treat seizures, but it’s very hard. I mean, diets in general are hard, and this diet is really hard,” said Yellen, whose wife’s Center for Dietary Therapy in Epilepsy hosts a candy-free Halloween party for its many patients on the ketogenic diet. “So finding a pharmacological substitute for this would make lots of people really happy.”