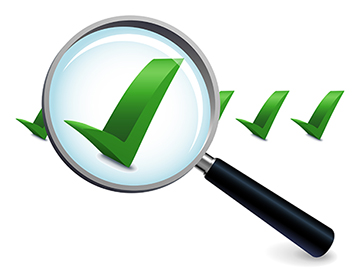 In a boon to stem cell research and regenerative medicine, scientists at Harvard Medical School, Boston Children’s Hospital, the Wyss Institute for Biologically Inspired Engineering at Harvard University, and Boston University have created a computer algorithm called CellNet as a “roadmap” for cell and tissue engineering, to ensure that cells engineered in the lab have the same favorable properties as cells in our own bodies.

CellNet and its application to stem cell engineering are described in two back-to-back papers in the August 14 issue of the journal Cell.

“To date, there has been no systematic means of assessing the fidelity of cellular engineering—to determine how closely cells made in a petri dish approximate natural tissues in the body,” said George Q. Daley, the Samuel E. Lux IV Professor of Hematology/Oncology at HMS, director of the Stem Cell Transplantation Program at Boston Children’s and senior investigator on both studies. “CellNet was developed to assess the quality of engineered cells and to identify ways to improve their performance.”

Scientists around the world are engaged in culturing pluripotent stem cells—cells capable of forming all the body’s tissues—and transforming them into specialized cell types for use in research and regenerative medicine. Available as an Internet resource for any scientist to use, CellNet provides a much-needed “quality assurance” measure for this work.

The two papers also clarify uncertainty around which methods are best for stem cell engineering, and should advance the use of cells derived from patient tissues to model disease, test potential drugs and use as treatments. For example, using CellNet, one of the studies unexpectedly found that skin cells can be converted into intestinal cells that were able to reverse colitis in a mouse model.

CellNet applies network biology to discover the complex network of genes that are turned on or off in an engineered cell, known as the cell’s Gene Regulatory Network or GRN. It then compares that network to the cell’s real-life counterpart in the body, as determined from public genome databases. Through this comparison, researchers can rigorously and reliably assess:

“CellNet will also be a powerful tool to advance synthetic biology—to engineer cells for specific medical applications,” said James Collins, Core Faculty member at the Wyss Institute and the William F. Warren Distinguished Professor at Boston University, co-senior investigator on one of the studies.

Putting CellNet to the test

The researchers—including co-first authors Patrick Cahan and Samantha Morris of HMS and Boston Children’s and Hu Li of the Mayo Clinic, first used CellNet to assess the quality of eight kinds of cells created in 56 published studies.

In a second study, they applied CellNet’s teachings to a recurring question in stem cell biology: Is it feasible to directly convert one specialized cell type to another, bypassing the laborious process of first creating an iPS cell? This study looked at two kinds of directly converted cells: liver cells made from skin cells, and macrophages made from B cells.

“Most attempts to directly convert one specialized cell type to another have depended on a trial and error approach,” noted Cahan, principal architect of CellNet and a post-doctoral scientist in the Daley lab. “Until now, quality control metrics for engineered cells have not gotten to the core defining features of a cell type.”

In both test cases, CellNet showed that the engineered cells hadn’t completely converted, retaining some characteristics of their cells of origin. CellNet pointed to specific genetic tweaks that could be done in the lab to fix the problem.

CellNet also pointed out some useful properties that weren’t apparent before.

“We found that liver-like cells made from mouse skin were actually more like intestinal cells,” said Morris. “In fact, the converted skin cells could engraft into mice with inflammatory bowel disease—Crohn’s or ulcerative colitis. After a short time, the cells became highly similar to native colon cells and assisted healing of the damaged tissue, a finding that surprised and excited us.”

Together, the two studies establish some general principles for stem cell science: