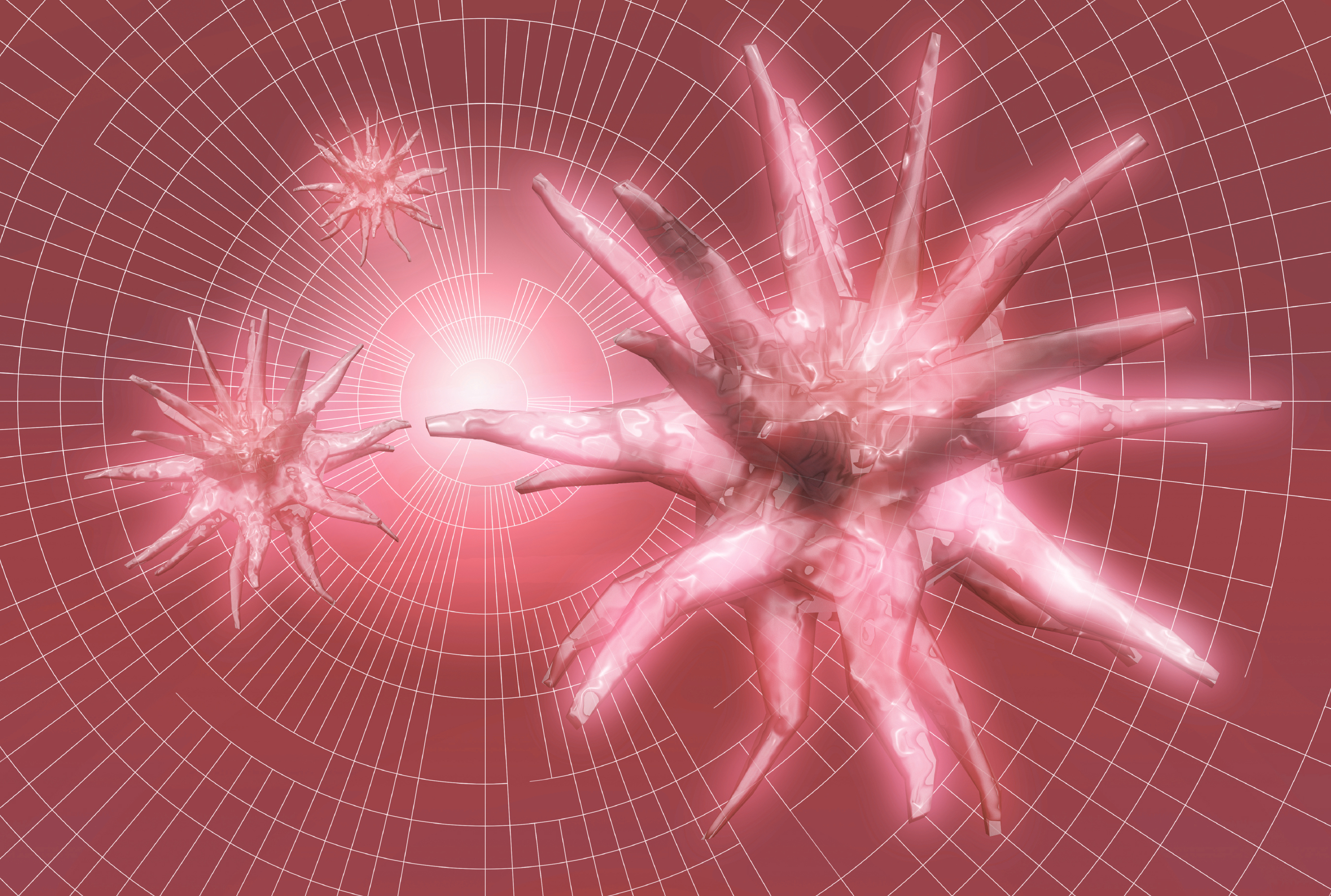 Nanometer-sized “drones” that deliver a special type of healing molecule to fat deposits in arteries could become a new way to prevent heart attacks caused by atherosclerosis, according to a study in preclinical models by scientists at Harvard Medical School, Brigham and Women’s Hospital and Columbia University.

These findings were published Feb. 18 in Science Translational Medicine.

Although current treatments have reduced the number of deaths from atherosclerosis-related disease, the condition remains a dangerous health problem.

Atherosclerosis of the coronary arteries is the leading killer of women and men in the U.S., accounting for one out of every four deaths.

In this study, targeted biodegradable nano “drones” that delivered a special type of drug to promote healing successfully restructured atherosclerotic plaques in mice to make them more stable. This remodeling of the plaque environment is predicted in humans to block plaque rupture and thrombosis, thereby preventing heart attacks and strokes.

“This is the first example of a targeted nanoparticle technology that reduces atherosclerosis in an animal model,” said co-senior author Omid Farokhzad, HMS associate professor of anaesthesia at Brigham and Women’s Hospital. “Years of research and collaboration have culminated in our ability to use nanotechnology to resolve inflammation and remodel and stabilize plaques in a model of advanced atherosclerosis.” Farokhzad is also director of the Laboratory of Nanomedicine and Biomaterials at Brigham and Women’s.

In this study, targeted nanomedicines made from polymeric building blocks that are used in numerous FDA-approved products to date, were nanoengineered to carry an anti-inflammatory drug payload in the form of a biomimetic peptide, a molecule that resembles naturally occurring building blocks of proteins already found in the body. Furthermore, this peptide was derived from one of the body’s own natural inflammatory-resolving proteins, Annexin A1. The nanomedicines were designed to enable this biological therapeutic to be released at the target site, the atherosclerotic plaque, in a controlled manner.

In mouse models with advanced atherosclerosis, researchers administered nanomedicines and relevant controls. Following five weeks of treatment with the nanomedicines, damage to the arteries was significantly repaired and plaque was stabilized.

Specifically, researchers observed a reduction of reactive oxygen species; an increase in collagen, which strengthens the fibrous cap; and a reduction of the plaque necrotic core. These changes were not observed in comparison with the free peptide or empty nanoparticles.

“Many researchers are trying to develop drugs that prevent heart attacks by tamping down inflammation, but that approach has some downsides,” said co-senior author Ira Tabas, the Richard J. Stock Professor of Medicine (Immunology) and professor of pathology and cell biology at Columbia University. “One is that atherosclerosis is a chronic disease, so drugs are taken for years, even decades. An anti-inflammatory drug that is distributed throughout the entire body will also impair the immune system’s ability to fight infection.” That might be acceptable for conditions that severely affect quality of life, like rheumatoid arthritis, Tabas said, but “using this approach to prevent a heart attack that may never happen may not be worth the risk.”

In addition, it’s not enough to deliver an anti-inflammatory drug to the plaques, said Columbia associate research scientist Gabrielle Fredman, one of the study’s lead co-authors. “Atherosclerosis is not only inflammation; there’s also damage to the arterial wall. If the damage isn’t repaired, you may not prevent heart attacks.”

The targeted nanomedicines used in this current study were engineered by researchers at Brigham and Women’s. Following preliminary proof-of-principle studies at Columbia in models of inflammation, they were further tested in a clinically relevant disease model in mice and were shown to be capable of maneuvering through the blood circulation and of traversing leaky regions to the inside of the plaques, as was demonstrated by fluorescence microscopy imaging of the plaque lesions.

Researchers note that in addition to their specific ‘sticky’ surfaces, the nanomedicines’ small sub-100 nanometer size is also a key property that facilitates the retention and accumulation of these nanoparticles within the plaques. These nanoparticles are 1,000 times smaller than the tip of a single strand of human hair.

“These nanomedicines are developed using biodegradable polymers that can break up over time in the body using the body’s natural mechanisms, and can be nanoengineered using scalable chemistries and nanotechnologies, which ultimately can facilitate their rapid translation to the clinic,” said co-lead author Nazila Kamaly, HMS instructor in anaesthesia in the Laboratory of Nanomedicine.

Researchers caution that although plaques in mice look a lot like human plaques, mice do not have heart attacks, so the real test of the nanoparticles will not come until they are tested in humans. “In this study, we’ve shown, for the first time, that a drug that promotes resolution of inflammation and repair is a viable option when the drug is delivered directly to plaques via nanoparticles,” Tabas said.

To be ready for testing in humans, the team plans to fine-tune the nanoparticles to optimize drug delivery and to package them with more potent resolution-inducing drugs. “We think that we can obtain even better delivery to plaques and improve healing more than with the current peptides,” he said.

“The inflammation-resolving targeted nanoparticles have shown exciting potential not only for the treatment of atherosclerosis as described here, but also in other therapeutic areas including wound repair, as described in the Feb. 9 online issue of Journal of Clinical Investigation, in addition to other applications currently underway with our collaborators,” Farokhzad said. “I’m optimistic that with additional animal validation we will also consider the human testing of the inflammation-resolving targeted nanoparticles for a myriad of unmet medical needs—these are exciting times in medicine and the future of nanomedicine is incredibly bright.”

O.C.F. discloses his financial interest in BIND Biosciences, Selecta Biosciences and Blend Therapeutics, three biotechnology companies developing nanoparticle technologies for medical applications. BIND, Selecta and Blend did not support the research in this study, and currently these companies have no rights to any technology or intellectual property developed as part of this research.