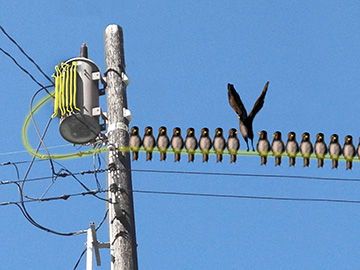 Most cancer deaths occur because of metastasis, yet progress in preventing and treating migratory cancer cells has been slow.

Gujral and colleagues have now identified a cellular culprit that should help researchers better understand how metastasis begins. Their findings may also inform the design of new treatments to combat it.

As reported Nov. 6 in Cell, the team discovered that an overabundance of a cell receptor called Frizzled-2, along with its activator, Wnt5, appears to raise a tumor’s likelihood of metastasizing by triggering a process known as the epithelial-mesenchymal transition, or EMT.

EMT normally plays a role in human development, allowing certain cells to become mobile and invasive so they can move around and form new structures in the growing embryo. Previous studies have linked EMT to cancer metastasis, where tumor cells acquire those properties to disastrous effect. The question has been: How exactly does that happen?

“This study makes big headway on an extremely important medical problem: what makes one type of tumor metastasize and another type not,” said Marc Kirschner, John Franklin Enders University Professor of Systems Biology at HMS, chair of the Department of Systems Biology and co-senior author of the paper.

“On a basic biology level, it also reports the unexpected discovery of a brand-new cell signaling pathway,” Kirschner added.

After learning the importance of Frizzled-2, the researchers developed an antibody to block it. The antibody curbed metastasis in mice with certain types of tumors.

The researchers are now pursuing further studies of the antibody with the hope that it can one day be turned into a metastasis-fighting drug.

“Frizzled-2 provides a promising new therapeutic target to prevent or delay metastasis, and both Frizzled-2 and Wnt5 are potential biomarkers that can be used to identify which patients are most at risk of metastasis and could benefit from Frizzled-2-directed therapy,” MacBeath said.

The study also illuminates an important biological process and may contribute to better predictions of metastasis likelihood and patient survival.

Researchers had known that cell signaling pathways activated by the Wnt (“wint”) protein family influence EMT, but they weren’t sure how. First author Gujral and his colleagues examined various Wnt signals, and the Frizzled family of receptors they bind to, in many cancer cell lines.

They found that Wnt5 and its receptor, Frizzled-2, were present at higher than normal levels in metastatic liver, breast, lung and colon cancer cell lines. In tissue samples from 48 cancer patients, Frizzled-2 was higher in late-stage cancers than in early-stage cancers. And patients with late-stage liver cancer who had high levels of Frizzled-2 had lower survival rates.

The team then painstakingly pieced together the players linking Wnt5 with the onset of metastatic behavior and discovered a previously unknown Wnt pathway. Frizzled-2, it turned out, could activate STAT3, which is known to drive cancer through EMT.

In addition to exploring Frizzled-2 as a new drug target, a potential biomarker for metastasis and a possible addition to the factors that predict patient survival, next steps include nailing down other pathway players to gain a full understanding of EMT in cancer and beyond.

“Although it will take time to determine whether this discovery can be translated into a novel therapeutic option for patients, I am very excited about the potential,” said MacBeath. “Significant advances in combating cancer must come from new approaches, and developing precision therapeutics that prevent metastasis provides a promising and different way to fight this devastating disease.”