Lessons from a Pandemic

Illuminating the hidden causes of the Ebola outbreak 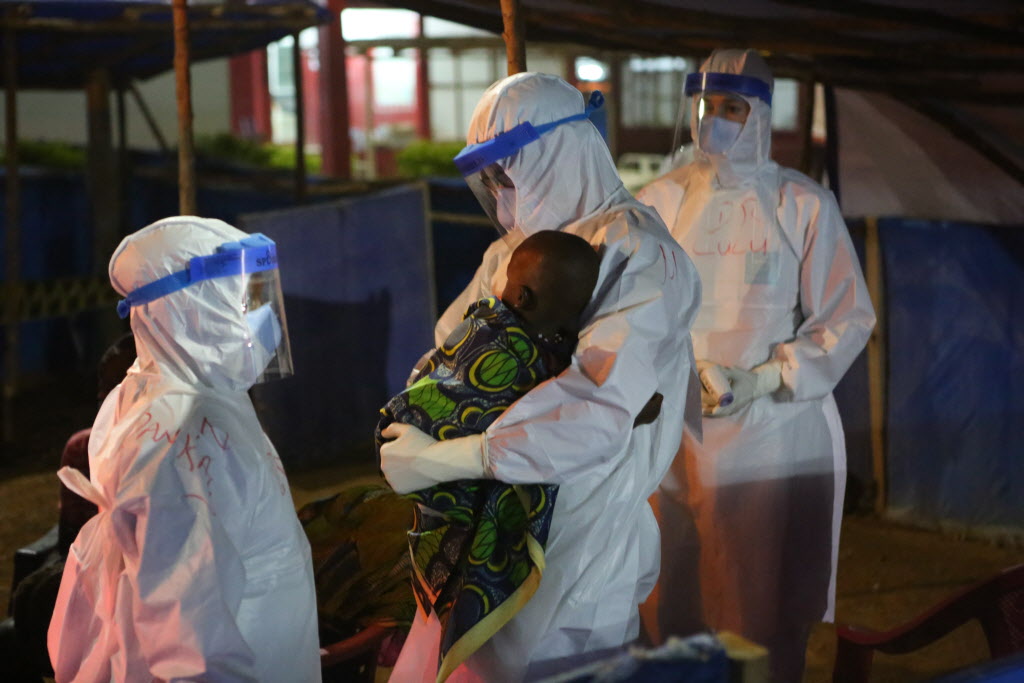 When a diamond miner named Sahr arrived at the Ebola treatment unit in Kenema, Sierra Leone, in December 2014, he saw red fences surrounding the area where people with suspected and confirmed cases of the disease were to be treated and he panicked.

The colorful barricades reminded him of the horror he experienced in 1996 as a child soldier in Sierra Leone’s civil war, when rebel fighters attached red cloths to their guns during live battles.

As terrifying as the war was, Sahr’s struggle with Ebola was even worse, he told a team of researchers who spoke with him during and following his treatment in the winter of 2014-2015. The researchers were hoping to illuminate the biological and social context of the 2013-2016 Ebola pandemic centered in West Africa.

“During the war, you could see your enemy; Ebola can’t be seen,” Sahr told them. 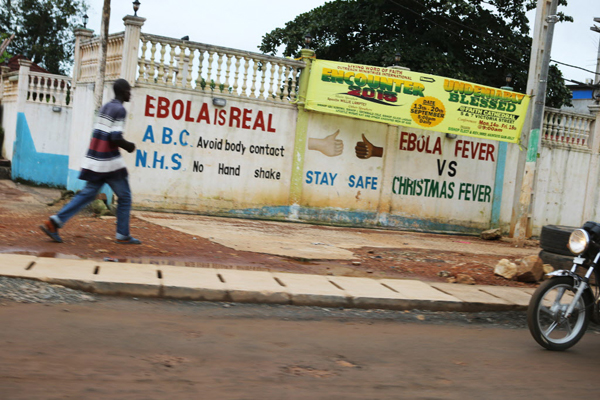 Sahr’s account, along with the case histories and life stories of three other Ebola survivors, is part of an ongoing research effort to make the disease visible in its full human and medical context.

The research, led by Paul Farmer, the Kolokotrones University Professor of Global Health and Social Medicine at Harvard Medical School, and Eugene Richardson, an instructor in medicine at Brigham and Women’s Hospital, a physician and research scientist at Partners In Health in Sierra Leone and a PhD candidate in the Department of Anthropology at Stanford University.

The researchers noted that after more than 25 documented outbreaks of Ebola in Africa during the last four decades, there is still little understanding about the political, ecological and economic forces that promote—or limit—its spread.

The study, published online in the December 2015 issue of Health and Human Rights Journal, is rich in detail that highlights the interconnecting threads woven throughout the 2013-2016 outbreak which sickened more than 28,000 people and ravaged the entire region of West Africa.

The study traces the connections between the closing of schools during quarantine and the rise in teen pregnancies, the deadly toll of the disease on caregivers, and the rise in deaths from unattended childbirth and malaria.

"To understand this Ebola pandemic, or any other transnational outbreak for that matter, we have to resist the urge for simplicity,” said Farmer, who is also co-founder of Partners In Health and editor-in-chief of Health and Human Rights Journal.

“That means going beyond the perfunctory explanations afforded by individual disciplines and, importantly, listening to the stories of those most affected. You can’t build a health care system without a faithful effort to appreciate the historical, economic and social context where the work needs to be done,” Farmer said. 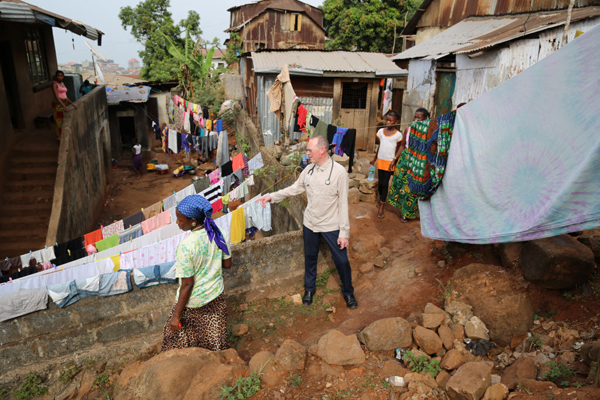 Partners In Health helped to build, staff and supply Ebola treatment facilities in Sierra Leone and Liberia, two of the nations hardest hit by the epidemic.

In addition to emphasizing the importance of providing aggressive supportive care to those who were already sick, Farmer also highlighted the need to integrate research programs into clinical delivery platforms. That way, efforts to care for patients can also help improve understanding of the disease, test novel diagnostic tools and measure the effectiveness of new clinical interventions.

To further deepen understanding of the disease, Farmer, Richardson and other colleagues conducted extensive interviews to track the specific course of illness and treatment of four individuals who survived infection with Ebola virus disease.

They then analyzed the case histories and life stories in context, using analytical tools from a variety of disciplines ranging from anthropology to physiology, and studied them on a variety of scales from the global to the molecular.

Previous attempts to understand the dynamics of the epidemic have tended to focus on single aspects of the disease, the researchers said, obscuring the importance of the structural, political and economic forces that contributed to it and ignoring the human rights failures that also contributed to the severity of the outbreak, many of which have deep roots in West Africa’s colonial and post-colonial international relations.

“The whole region has suffered from centuries of transhemispheric relations of inequality, of which Ebola is just one of the many deadly manifestations,” Richardson said.

This research was conducted with support from the Abundance Foundation.