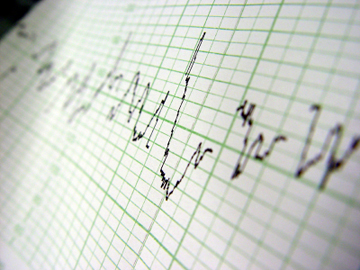 With almost no experience, newly graduated medical students enter teaching hospitals around the country every July, beginning their careers as interns. At the same time, the last year’s interns and junior residents take a step up and assume new responsibilities.

In addition to developing their nascent clinical skills, each entering class of interns must grasp the many rules and standards for operating in this “new” hospital structure.

More experienced physicians share a joke about this changing of the guard: Don’t get sick in July.

But the data to back up this quip has proven hard to find. Over the years, numerous studies have shown no effect or very slight effects when comparing patient outcomes in July versus the preceding May, when trainees are more experienced and concluding their training cycles. Some researchers have suggested that the safeguards academic medical centers put in place, such as increased supervision by more experienced doctors during this first phase in the training cycle, protect patients from the effects of inexperience and organizational disruption.

A new study published Oct. 23 in Circulation by researchers at Harvard Medical School, Stanford University Hospitals, University of Southern California and the RAND Corporation has found that while the so-called “July effect” is negligible in most cases, it is a serious concern for high-risk patients.

“The good news for patients is that in most cases, it’s very difficult for a physician to make a mistake that results in a patient’s death,” said Anupam Jena, HMS assistant professor of health care policy and of medicine at Massachusetts General Hospital and lead author of the study. “But for severely ill patients, health can be very tenuous. A small error or a very slight delay in care is potentially devastating.”

Jena and colleagues analyzed cases from more than 1,400 hospitals using data from the U.S. Nationwide Inpatient Sample. They compared patients who came to teaching and non-teaching hospitals with acute myocardial infarctions, commonly known as heart attacks. The researchers separated cases into low-risk and high-risk categories and compared outcomes.

The researchers ruled out two potential factors that they suspected may have accounted for some of that difference—the prevalence of percutaneous coronary intervention (i.e. cardiac stents) and of complications from the use of blood thinners.

Without evidence for specific procedures or protocols that could prevent increased deaths, the researchers said that their findings suggest that, especially during the early months in the training cycle, oversight should be intensively focused on high-risk cases rather than across cases overall. In July, doctors with more experience should play a greater role in the care of high-risk patients than has typically been the case.

“Teaching hospitals should revisit what steps are needed to safely and effectively care for high-risk patients in July,” Jena said.

Support was provided by the Office of the Director, National Institutes of Health (1DP5OD017897-01), the National Institute on Aging (1R03AG031990-A1), and the Leonard Schaeffer Center for Health Policy and Economics at the University of Southern California.