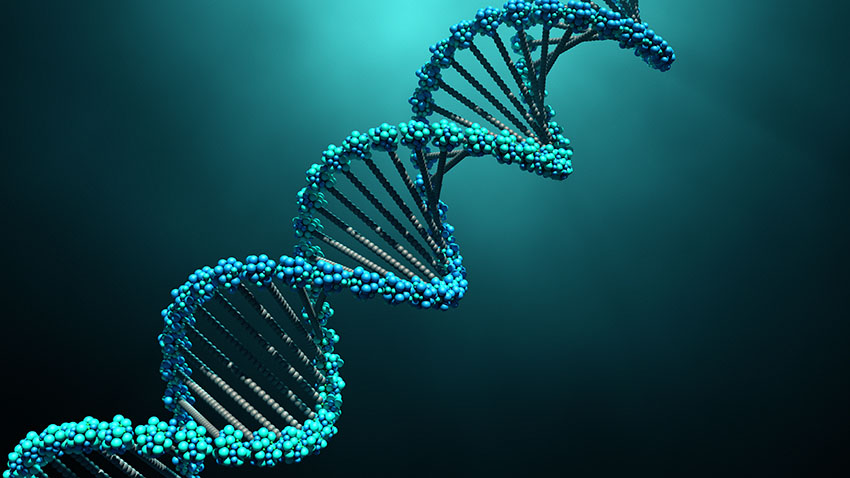 A better understanding of the detailed structure, mechanism, and function of the human genome can illuminate biological mysteries about genetic function and yield important clues about the origins of genetic changes that give rise to dysfunction and disease.

Such detailed understanding begins with the ability to see the entire genome in super-resolution at a maximum close-up.

Now, to propel these efforts forward, the Centers of Excellence in Genomic Science of the National Institutes of Health has awarded a $11.2-million, five-year grant to a team of researchers led by Ting Wu at Harvard Medical School, Nicola Neretti at Brown University, Erez Lieberman Aiden at Baylor College of Medicine and Marc Marti-Renom at the Centre Nacional d’Anàlisi Genòmica - Centre for Genomic Regulation in Barcelona.

The grant, which runs through March 2026, establishes the Center for Genome Imaging, with half of the funding going to HMS and the rest divided among the three other groups.

The importance of imaging the entire genome arises from how it evolved to function as an integrated unit, rather than an accumulation of individual segments.

“When it comes to the genome, the whole is truly greater than the sum of its parts,” said Wu, who is professor of genetics at Harvard Medical School and an associate of the Wyss Institute. “The structure of the genome underlies both form and function and influences how our genes work.”

That structure, Wu explained, is central to everything from the proper formation of sperm and egg to replication, cell division, and development from embryo to adulthood. Every healthy cell contains a maternal and a paternal copy of the genome. The ability to observe how they fold and package themselves during these biological events, and how those processes can go awry, could open new windows on how certain genetic diseases arise.

Current technologies for observing the genome at super-resolution and in a sequence-specific fashion are limited because they can practically observe no more than a handful of genes or, at best, a mere 1 percent of the genome at a time. This is a problem, Wu explained, because genomic responses to disease or to developmental cues, such as those occurring during embryo formation and development, can involve hundreds to thousands of genes scattered across the entire genome.

Monitoring a single gene is akin to attempting to understand human culture by observing a single person instead of a population, said Wu.

Through its enhanced power, super-resolution imaging is poised to reveal new worlds of activity within the genome.

What the CGI reveals about the organization of genomes will ultimately contribute to our understanding of a wide variety of phenomena, such as chromosome stability, Wu said.

“The choreography of cell division with respect to reproduction is extraordinarily complex, with chromosomes pairing and then segregating from each other in unison across the entire genome, like a giant square dance,” said Wu.

Furthermore, the recombination that takes place between chromosomes during those cell divisions can go awry in myriad ways, leading to duplications, deletions, translocations, and inversions of genetic material.

Errors of pairing, of timing, and in the speed of progression can lead to egg or sperm that contain too many or too few chromosomes.

The same conditions can lead to chromosome breakage, which can cause genetic disease or cancer.

Certain viruses, notably HIV, infect humans by inserting themselves into breaks they create in the genome.

In all these cases, super-resolution imaging may clarify what happens to the structure of genomic regions when they are broken. The CGI will provide the tools and methods for studying these phenomena genome-wide.

“As with all phenomena, a better understanding of what happens when things go wrong could give us strategies for how to make things better,” said Wu.

Super-resolution imaging could also yield insights about repetitive sequences of DNA, which constitute nearly half of the genome but whose precise role remains somewhat murky.

The number, arrangement, and packaging of these repeats have been linked to genetic disease, so knowing how they are organized could help researchers better understand the molecular origins of such diseases.

During normal development, some genes are expressed only if they come from a mother or a father, a phenomenon called parental imprinting. Parental imprinting is regulated, but when that regulation fails, it could enable the expression of a normally silent gene, leading to disease. One such disease is Prader-Willi syndrome, a condition marked by a wide range of behavioral problems such as obsessive compulsion and constant hunger.

The Wu lab is interested in exploring whether there is a structural basis for the differences between homologous genes. This line of investigation could eventually contribute to a treatment or cure for imprinting-related diseases.

To that end, researchers will analyze super-resolution images of the genome and then integrate the information coming from those images with “the tremendous amount of information we know from many other fields,” in a computational task Wu described as daunting. The nature of this task, she said, “is why we founded this consortium of four laboratories.”

Each of the research groups at the four institutions offers a unique and complementary area of expertise, ranging from genetics and genomics to chromosome mechanics, imaging at super-resolution, polymer-based, physics-based as well as restraint-based modeling, among others.

Over the past few years, the four laboratories have been developing super-resolution imaging technologies and computational methods, laying the foundation for the next phase of discovery. The ultimate goal is to visualize the entire human genome at super-resolution.

“We already know how to look at relatively small subsections of the genome in super-resolution,” Wu said. “The goal now is to innovate on top of our current foundation of technologies so that, soon, we will have a next generation of methods that will, finally, enable us to look at the entire human genome.”

What if scientists could predict the significance of every human gene variant?