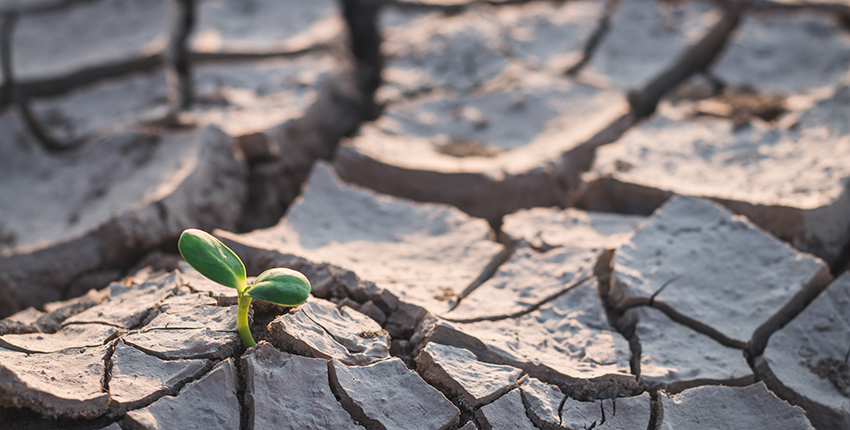 When COVID-19 first swept across the globe in 2020, lives and businesses ground to a halt. But some things didn’t stop with the pandemic—including climate change.

While many members of the Harvard Medical School community were able to join the fight against SARS-CoV-2 from lab benches, computers, and patient bedsides, others found that their research skills and desire to help humanity were best put to use by searching for new ways to rescue our ailing planet.

The two crises are interconnected. Climate change can raise the risk of pandemics as shifting weather patterns and increased contact with wild animals influence the spread of disease and the emergence of new pathogens. That COVID-19 caught the world flat-footed also underscores the importance of acting sooner rather than later so looming threats don’t become catastrophes.

Read about the competition winners

Solutions to climate change often bring to mind engineering or international policy. At HMS, however, one effort arose from an unexpected corner: genetics.

“Climate change has been coming for a long time, now, and there are many in our department who feel we as geneticists have a responsibility to do something about it—work to slow, halt, or reverse it as well as prepare the living world for the consequences of it,” said Chao-Ting Wu, professor of genetics in the Blavatnik Institute at HMS.

“The pandemic has only further emphasized the urgency of addressing climate change,” she added.

All it takes is thinking differently about the breadth of genetics, she said, and then transforming thought into action.

Shortly before SARS-CoV-2 emerged in China, Wu assembled a panel of judges and issued a challenge to members of the HMS Department of Genetics: propose a way to adapt your research to address climate change and compete to win $250,000 in funding.

The competition “got the whole department thinking about how basically all of our research can be directed toward climate change if we just bring that perspective,” said finalist Lakshya Bajaj, HMS research fellow in genetics.

For instance, geneticists at HMS already study adaptation and organismal responses to things like stress and toxin exposures; why not examine those phenomena through the lens of climate change?

“All living species today are descendants of those that survived ancient climate change. In their genomes are a record of those struggles,” realized Stephen Treaster, HMS research fellow in genetics and a competition finalist. “The tools for adapting to modern climate change should still be in there. We can learn from them.”

HMS geneticists also coax microorganisms to produce or remove substances from the environment to improve human health; why not explore how these microbes could mitigate the effects of fossil fuels?

HMS geneticists lead the scientific community in discussing the ethics of new biomedical technologies; why not share that expertise in thinking through the ramifications of different solutions to climate change?

“As soon as you start talking about how genetics can contribute, it clicks right away,” said finalist Max Heiman, associate professor of genetics at HMS and Boston Children’s Hospital. Inspired to consider his own research on the genetics of worm neurodevelopment in a new light, Heiman teamed up with two colleagues on a proposal to investigate how rising temperatures affect different aspects of worm—and possibly human—biology and disrupt entire ecosystems.

For researchers like Heiman and Max Schubert, the competition added a new layer of meaning to their work. Schubert earned his PhD at Harvard developing a genetic engineering tool that allows scientists to conduct thousands of tests at once on bacteria.

“My project described how to do something new, but I confess I struggled with why we were doing it,” he said. “The climate change grant showed me an answer.”

Schubert proposed using his technology to study how certain bacteria siphon carbon dioxide from the atmosphere.

Other department members jumped at the opportunity to pursue experiments they’d already conceived as they worried about the future of life on Earth.

Before the competition, “I had been wondering whether I was in the right field,” said Misty Riddle, a finalist and former HMS postdoctoral researcher who now runs her own lab at the University of Nevada, Reno. “Climate change is the number-one problem for our generation, and I’d been figuring out how I could relate my work to it.”

The judges received 19 proposals representing 14 labs. They narrowed it down to five finalists, who presented at a symposium Wu organized on genetic innovations for tackling climate change.

The submissions were so strong that department chair Cliff Tabin raised another $400,000 from anonymous donors, allowing the judges to award the original prize to one winner—Schubert—plus $100,000 each to the other four finalists. Some teams have since won additional funding from outside sources.

Given the scale and complexity of climate change, it’s all too easy for researchers, like any individuals, to feel that they don’t have the power or expertise to contribute to solutions. The competition strengthened people’s science and confidence by sparking a community around climate change that reassures researchers they’re not shouldering the burden alone.

“One person working in a lab can feel isolated and overwhelmed, thinking that it’s too late or there’s nothing they can do about climate change,” said Riddle. “Having this support and motivation from the HMS community helped me feel like my scientific skills are relevant in this arena, and there’s action I can take.”

Read about the funded projects: