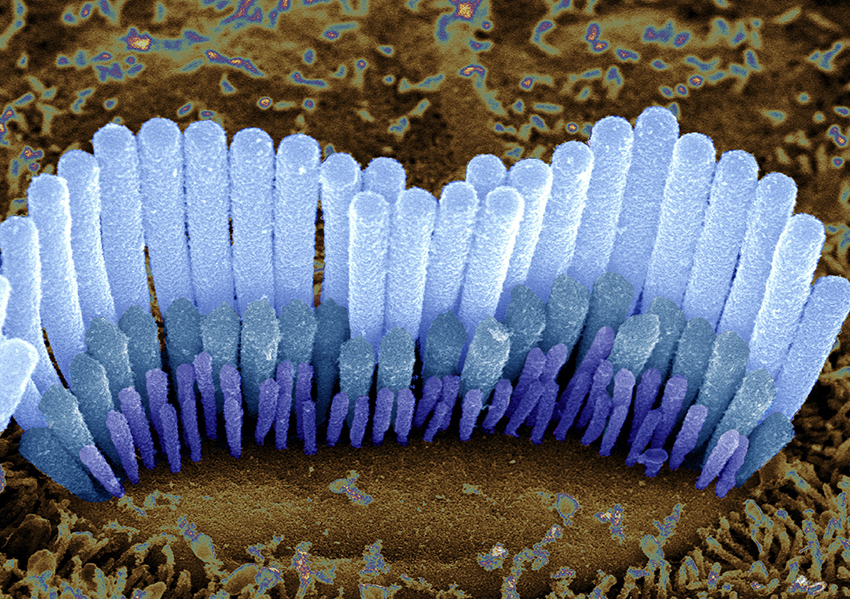 A scanning electron microscope image of a hair bundle protruding from a sensory cell in the inner ear. Image: David Furness/Wellcome Collection (CC-BY-NC 4.0)

The sense of hearing is, quite literally, a molecular tightrope act. Turns out, it involves acrobatics as well.

In a paper published in Nature Communications on Feb 8, researchers at Harvard Medical School and Boston Children’s Hospital show that a dynamic and delicate connection between two pairs of diminutive protein filaments plays a central role in hearing.

The tension held by these filaments, together called a tip link, is essential for the activation of sensory cells in the inner ear. The team’s analyses reveal that the filaments, which are joined end-to-end, work together like trapeze artists holding hands. Their grasp on each other can be disrupted, by a loud noise, for example. But with a two-handed grip, they can quickly reconnect when one hand slips.

The findings present a new understanding of the molecular underpinnings of hearing, as well as the sense of balance, which arises from similar processes in the inner ear. Disorders of deafness and balance have been linked to mutations in tip links, and the study results could lead to new therapeutic strategies for such disorders, according to the authors.

“This tiny apparatus, made of less than a dozen proteins, is what helps change sound from a mechanical stimulus into an electrical signal that the brain can decipher,” said co-corresponding author David Corey, the Bertarelli Professor of Translational Medical Science at HMS. “Understanding how these proteins work provides insights into the secrets of the sensation of sound.”

The dynamic connection between the filaments may also function as a circuit breaker that protects other cellular components, according to the researchers.

“I think our study gives us a sense of awe for how perfectly engineered this system in the ear is,” said co-corresponding author Wesley Wong, HMS associate professor of biological chemistry and molecular pharmacology at Boston Children’s. “It maintains a delicate balance between being just strong enough to carry out its function but weak enough to break to potentially preserve the function of other elements that can’t be as easily reformed.”

For hearing to occur, cells must detect and translate pressure waves in the air into bioelectrical signals. This task falls upon hair cells, the sensory cells of the inner ear. Protruding from these cells are bundles of hair-like structures, which bend back and forth as pressure waves move through the inner ear.

Tip link filaments physically connect each hair to another and are anchored onto specialized ion channels. As the bundle moves, the tension of the tip links changes, opening and closing the channels like a gate to allow electric current to enter the cell. In this way, tip links initiate the bioelectrical signals that the brain ultimately processes as sound.

In previous studies, Corey and colleagues explored the composition of tip links and identified the precise atomic structure of the bond between the two protein filaments. Intriguingly, this bond was evocative of a molecular handshake, according to the authors.

In the current study, Corey, Wong, and the team set out to understand the nature of this handshake. To do so, they applied single-molecule force spectroscopy, a technique that often uses optical tweezers—highly focused laser beams that can hold extremely small objects and move them by distances as short as a billionth of a meter.

The researchers, led by study first authors Eric Mulhall and Andrew Ward, both research fellows in neurobiology in the Blavatnik Institute at HMS, coated microscopic glass beads with strands of either protocadherin-15 or cadherin-23, the two proteins that make up the tip link. Using optical tweezers, they moved beads close to each other until the protein strands stuck together end to end and then measured the forces needed to pull the bonds apart.

Stronger than the sum

This increased strength appears to be due to the dynamic nature of the connection, according to the authors. Rather than acting as a simple static rope, the filaments detach and reattach to each other within tenths of a second. A force may break one pair of strands apart, but the other pair can remain connected long enough for the broken pair to rejoin.

At extremely high forces, however, the double-stranded bond breaks rapidly. This feature may help to prevent catastrophic damage to other components of the hair cell, the authors said.

“If the tip link were super strong, then when exposed to a very loud sound it might rip the whole complex out of the cell membrane, which would be hard to recover from,” said Wong, who is also an associate faculty member at the Wyss Institute for Biologically Inspired Engineering at Harvard.

“The ability to break with loud sounds is analogous to a mechanical circuit breaker,” he added. “This use of multiple weak bonds to form a tunable biological circuit breaker could potentially be very interesting for synthetically engineered systems.”

Surprisingly, the team found that under resting tension, each tip link lasts only around eight seconds before it breaks. Their analyses, coupled with evidence from other studies, suggest that new tip links can form rapidly from other strands of protein nearby. Together, the results support a new paradigm of highly dynamic tip link formation and rupture that both enables and protects hearing.

The team also looked at mutations to protocadherin-15 that are linked to Usher syndrome, a rare hereditary disorder of deafness and blindness. Their experiments suggest that some of these mutations can greatly weaken the bond between the tip link filaments. This may be why the disorder leads to deafness, and further mechanistic understanding of this process could lead to new therapeutic approaches, the authors said.

“It's hard to fix something if you don't really know what's broken, and we are optimistic that a better understanding can help lead to new solutions,” Corey said.

In addition, the new findings may help inform study in other areas of the body.

“We have many different mechanical senses besides hearing, such as touch, the sensation of blood pressure, and certain types of pain,” Corey added. “We understand hearing in more molecular detail than any of the others—knowledge that can help us probe the workings of other mechanical senses.”

Additional authors on the study include Darren Yang and Mounir Koussa. 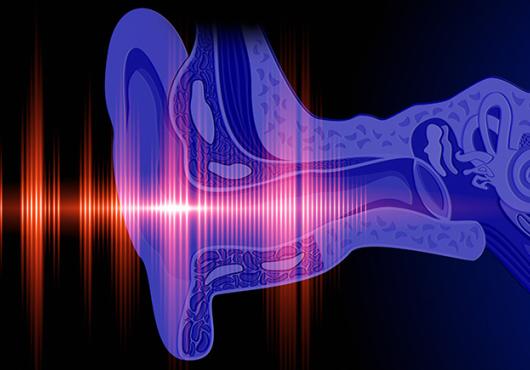 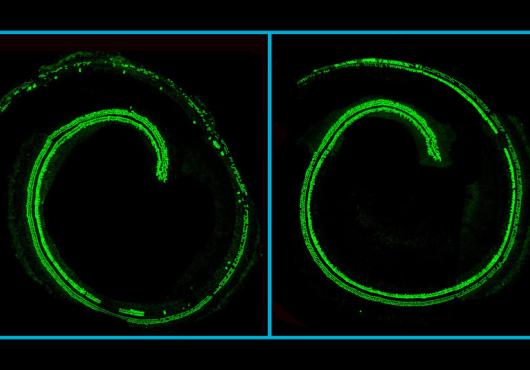 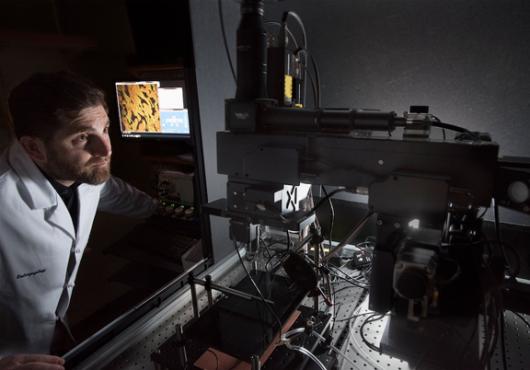