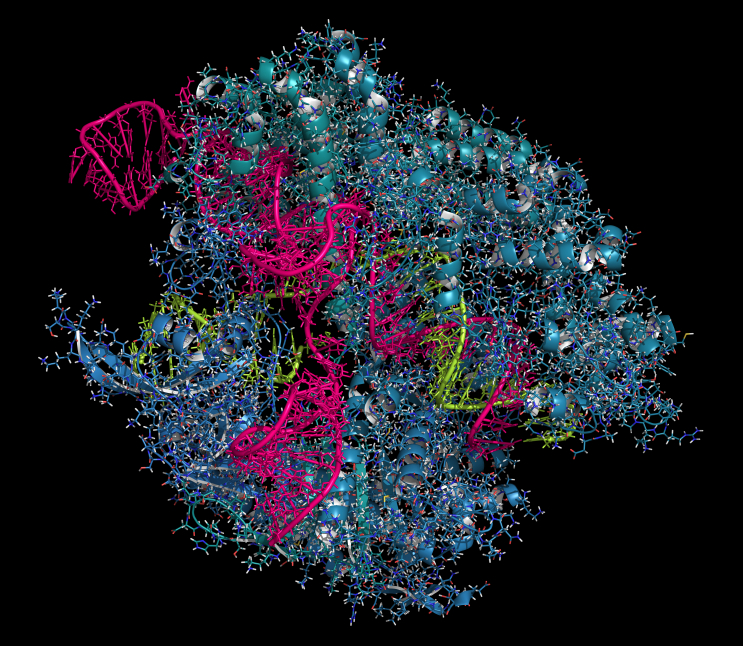 Members of the same team that first described these off-target effects in human cells describe their new platform, called GUIDE-seq (Genome-wide Unbiased Identification of Double-stranded breaks Evaluated by Sequencing) in a report published in Nature Biotechnology.

“GUIDE-seq is the first genome-wide method of sensitively detecting off-target DNA breaks induced by CRISPR-Cas nucleases that does not start with the assumption that these off-target sites resemble the targeted sites,” said J. Keith Joung, HMS associate professor of pathology at Mass General and senior author of the paper. “This capability, which did not exist before, is critically important for the evaluation of any clinical use of CRISPR-Cas RNA-guided nucleases.”

Used to cut through a double strand of DNA in order to introduce genetic changes, CRISPR-Cas RNA-guided nucleases combine a bacterial gene-cutting enzyme called Cas9 with a short RNA segment that matches and binds to the target DNA sequence. In a 2013 Nature Biotechnology paper, Joung and his colleagues reported finding that CRISPR-Cas RNA-guided nucleases could also induce double-strand breaks at sites with significant differences from the target site, including mismatches of as many as five nucleotides.

Because such off-target mutations could potentially lead to adverse effects, including cancer, the ability to identify and eventually minimize unwanted double-strand breaks would be essential to the safe clinical use of these RNA-guided nucleases, the authors noted.

The method they developed involves using short, double-stranded oligonucleotides that are taken up by double-strand breaks in a cell’s DNA, acting as markers of off-target breaks caused by the use of CRISPR-Cas. Those tags allow the identification and subsequent sequencing of those genomic regions, pinpointing the location of off-target mutations.

Experiments with GUIDE-seq showed it was sensitive enough to detect off-target sites at which CRISPR RNA-guided nucleases induced unwanted mutations of a gene that occur with a frequency of as little as 0.1 percent in a population of cells. These experiments also revealed that no easy rules would predict the number or location of off-target double-strand breaks, since many such mutations took place at sites quite dissimilar from the targeted site.

Two existing tools, designed to predict off-target mutations by analysis of the target sequence, were much less effective than GUIDE-seq in predicting confirmed off-target sites and also misidentified sites that did not prove to have been cut by the enzyme. Comparing GUIDE-seq with a tool called ChIP-seq, which identifies sites where proteins bind to a DNA strand, confirmed that ChIP-seq does not provide a robust method for identifying CRISPR-Cas-induced double-strand breaks.

GUIDE-seq was also able to identify breakpoint hotspots in control cell lines that were not induced to express the CRISPR RNA-guided nucleases.

“Various papers have described fragile genomic sites in human cells before,” Joung noted, “but this method may be the first to identify these sites without the addition of drugs that enhance the occurrence of such breaks. We also were surprised to find those breaks occurred largely at different sites in the two cell lines used in this study. The ability to capture these RNA-guided nuclease-independent breaks suggests that GUIDE-seq could be a useful tool for studying and monitoring DNA repair in living cells.”

In addition, GUIDE-seq was able to verify that their approach for improving the accuracy of CRISPR-Cas by shortening the guiding RNA segment reduced the number of double-strand breaks throughout the genome. Joung also expects that GUIDE-seq will be useful in identifying off-target breaks induced by other gene-editing tools.

Along with pursuing that possibility, Joung noted the importance of investigating the incidence and detection of off-target mutations in human cells not altered to create cell lines—a process that transforms them into immortalized cancer cells. Understanding the range and number of off-target mutations in untransformed cells will give a better picture of how CRISPR-Cas RNA-guided nucleases and other tools would function in clinical applications.

“The GUIDE-seq method is very straightforward to perform, and we intend to make the software for analyzing sequencing data available online to noncommercial researchers at www.jounglab.org/guideseq in the near future,” adds Joung.

A patent application covering the GUIDE-seq technology has been filed.