Farming’s in Their DNA 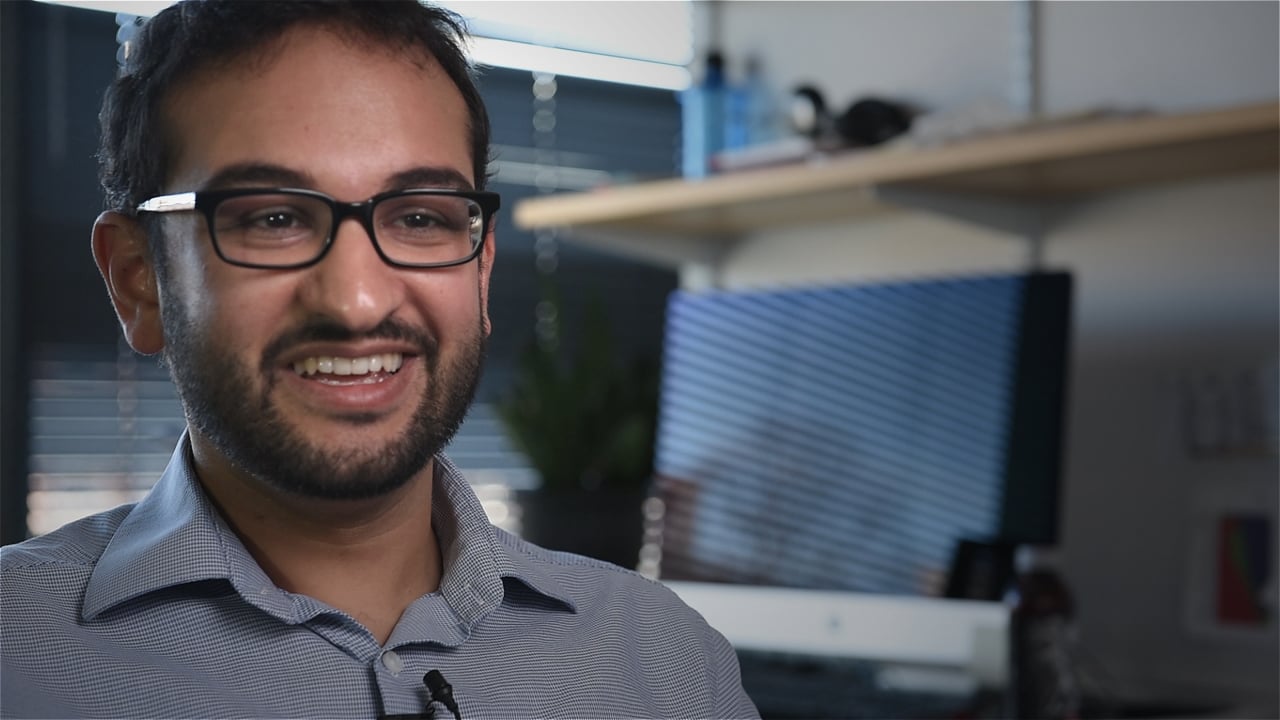 Iain Mathieson and David Reich discuss how new developments in ancient DNA analysis allowed them to answer questions about human evolution and the transition from hunting and gathering to farming. Video: Rick Groleau and Stephanie Dutchen

The introduction of agriculture into Europe about 8,500 years ago changed the way people lived right down to their DNA.

Until recently, scientists could try to understand the way humans adapted genetically to changes that occurred thousands of years ago only by looking at DNA variation in today’s populations. But our modern genomes contain mere echoes of the past that can’t be connected to specific events.

Now, an international team reports in Nature that researchers can see how natural selection happened by analyzing ancient human DNA.

“It allows us to put a time and date on selection and to directly associate selection with specific environmental changes, in this case the development of agriculture and the expansion of the first farmers into Europe,” said Iain Mathieson, a research fellow in genetics at Harvard Medical School and first author of the study.

By taking advantage of better DNA extraction techniques and amassing what is to date the largest collection of genome-wide datasets from ancient human remains, the team was able to identify specific genes that changed during and after the transition from hunting and gathering to farming.

Many of the variants occurred on or near genes that have been associated with height, the ability to digest lactose in adulthood, fatty acid metabolism, vitamin D levels, light skin pigmentation and blue eye color. Two variants appear on genes that have been linked to higher risk of celiac disease but that may have been important in adapting to an early agricultural diet.

Other variants were located on immune-associated genes, which made sense because “the Neolithic period involved an increase in population density, with people living close to one another and to domesticated animals,” said Wolfgang Haak, one of three senior authors of the study, a research fellow at the University of Adelaide and group leader in molecular anthropology at the Max Planck Institute for the Science of Human History.

“Although that finding did not come fully as a surprise,” he added, “it was great to see the selection happening in ‘real time.’”

The work also supports the idea that Europe’s first farmers came from ancient Anatolia, in what is now Turkey, and fills in more details about how ancient groups mixed and migrated.

“It’s a great mystery how present-day populations got to be the way we are today, both in terms of how our ancestors moved around and intermingled and how populations developed the adaptations that help us survive a bit better in the different environments in which we live,” said co-senior author David Reich, professor of genetics at HMS. “Now that ancient DNA is available at the genome-wide scale and in large sample sizes, we have an extraordinary new instrument for studying these questions.”

“From an archaeological perspective, it’s quite amazing,” said co-senior author Ron Pinhasi, associate professor of archaeology at University College Dublin. “The Neolithic revolution is perhaps the most important transition in human prehistory. We now have proof that people did actually go from Anatolia into Europe and brought farming with them. For more than 40 years, people thought it was impossible to answer that question.”

“Second,” he continued, “we now have evidence that genetic selection occurred along with the changes in lifestyle and demography, and that selection continued to happen following the transition.”

Prying more from the past

Members of the current team and others have used ancient DNA in the past few years to learn about Neanderthals and the genes they passed to humans, identify ancestors of present-day Europeans, trace migrations into the Americas and probe the roots of Indo-European languages. Studying natural selection, however, remained out of reach because it required more ancient genomes than were available.

“In the past year, we’ve had a super-exponential rise in the number of ancient samples we can study on a genome scale,” said Reich, who is also an associate member of the Broad Institute of Harvard and MIT and a Howard Hughes Medical Investigator. “In September 2014, we had 10 individuals. In this study, we have 230.”

The DNA came from the remains of people who lived between 3,000 and 8,500 years ago at different sites across what is now Europe, Siberia and Turkey. That time span provided snapshots of genetic variation before, during and after the agricultural revolution in Europe.

Among the 230 ancient individuals were 83 who hadn’t been sequenced before, including the first 26 to be gathered from the eastern Mediterranean, where warm conditions usually cause DNA to degrade. 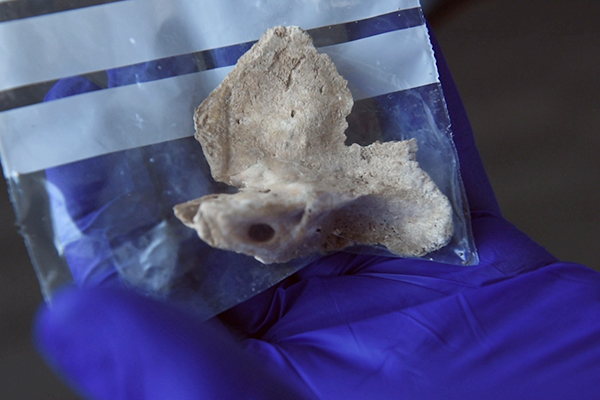 Members of the team used several technological advances to obtain and analyze the new genetic material. For example, they exploited a method pioneered by Pinhasi’s laboratory to extract DNA from a remarkably rich source: a portion of the dense, pyramid-shaped petrous bone that houses the internal auditory organs. In some cases, the bone yielded 700 times more human DNA than could be obtained from other bones, including teeth.

“That changed everything,” said Pinhasi. “Higher-quality DNA meant we could analyze many more positions on the genome, perform more complex tests and simulations, and start systematically studying allele frequency across populations.”

What made the cut

Although the authors caution that sample size remains the biggest limitation of the study, comparing the ancient genomes to one another and to those of present-day people of European ancestry revealed 12 positions on the genome where natural selection related to the introduction of farming in northern latitudes appears to have happened.

“Some of those specific traits have been studied before,” said Reich. “This work with ancient DNA enriches our understanding of those traits and when they appeared.”

Besides the adaptations that appear to be related to diet, pigmentation, immunity and height, the possible selective pressure on other variants was less clear.

“We can guess by looking at the function of the gene, but our power is limited,” said Mathieson. “It’s quite frustrating.”

It’s too early to tell whether some of the variants were themselves selected for or whether they hitched a ride with a nearby beneficial gene. The question pertains especially to variants that seem to be disadvantageous, like increased disease risk.

Being able to look at numerous positions across the genome also allowed the team to examine complex traits for the first time in ancient DNA.

“We can see the evolution of height across time,” said Mathieson.

Researchers had noticed that people from southern Europe tend to be shorter than those from northern Europe. The new study suggests that the height differential arises both from people in the north having more ancestry from Eurasian steppe populations, who seem to have been taller, and people in the south having more ancestry from Neolithic and Chalcolithic groups from the Iberian peninsula, who seem to have been shorter.

Reich, for one, hopes researchers will one day have thousands of ancient genomes to analyze. He would also like to see this type of study applied to non-European populations and even to other species.

“It will be interesting to study selection in domesticated animals and to see if there is coevolution between them and the people who were domesticating them,” said Mathieson.