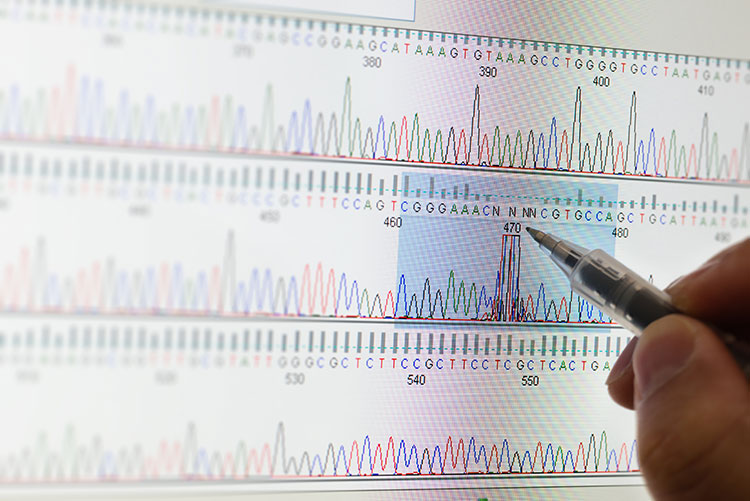 As genomic sequencing becomes increasingly common in the clinic, questions linger about its use and role in newborn medicine. Can sequencing provide actual actionable insights? How common is it to find something important to a child’s future health? What are the benefits and other consequences of such findings for families?

The BabySeq Project, a joint effort led by investigators at Harvard Medical School, Brigham and Women’s Hospital and Boston Children’s Hospital, along with collaborators at Baylor College of Medicine, is revealing the answers to these questions and more.

In a paper published Jan. 3 in the American Journal of Human Genetics, the research team reports that genomic sequencing can identify risk for a wide range of disorders that may not be detected otherwise. Importantly, early knowledge about several of these conditions can lead to surveillance and interventions that could improve health outcomes for newborns and their families.

“The BabySeq Project is the first randomized trial of sequencing in newborns and the first study to fully examine the wealth of unanticipated genetic risk information in children,” said Robert Green, HMS professor of medicine at Brigham and Women’s and co-director of the study. “We were stunned by the number of babies with unanticipated genetic findings that could lead to disease prevention in the future.”

The BabySeq Project enrolled healthy newborns from Brigham and Women’s well-baby nursery and ill newborns from Boston Children’s, Brigham and Women’s and Massachusetts General Hospital’s neonatal and pediatric intensive care units. Family histories were collected for all enrolled participants. Half of the families from each group were randomized to receive standard care, including heel-prick screening, which tests newborns for about 30 genetic conditions, and genetic counseling based on family history. The other half received whole exome sequencing in addition to standard care and genetic counseling.

Sequencing results were disclosed to families during the genetic counseling session. The team monitored health outcomes and collected medical, behavioral and economic data at the time of disclosure, three months later and 10 months later to measure the impact of genomic sequencing on the infant’s clinical care, parent and clinician behaviors, and economic outcomes.

A total of 159 newborns—128 of them healthy and 31 of them ill—were randomized to receive genomic sequencing. Of those, 15 (9.4 percent) were found to have a genetic variant for which there was strong evidence of increased risk of a disorder that presents or is clinically manageable during childhood or to have a variant in a gene for which there was moderate evidence of risk but for which an intervention during childhood might prevent devastating outcomes later in life.

The team found gene variants associated with several heart conditions, including six newborns with variants associated with dilated or hypertrophic cardiomyopathy—abnormal conditions of the heart muscle. Another newborn had a variant associated with supravalvular aortic stenosis—a condition in which a portion of the aorta, the large vessel that carries blood from the heart to the rest of the body, is abnormally narrow. These conditions can be monitored over time, and families have been referred to cardiac specialists. Another newborn was found to have a risk variant for biotinidase deficiency—a condition that can cause skin rashes, hair loss and seizures. Further testing determined that the infant had partial biotinidase deficiency. The child’s diet is being supplemented with biotin, which is expected to prevent disease manifestations.

“Sequencing results have the potential to raise questions that may be upsetting for parents but could also lead to helpful or even lifesaving interventions,” said Alan Beggs, senior study author, BabySeq co-principal investigator, the Sir Edwin and Lady Manton Professor of Pediatrics at HMS, and director of the Manton Center for Orphan Disease Research at Boston Children’s. “Only time will tell how the costs — both financial and in terms of extra medical testing and family stress — balance out against the benefits. That’s what we’re really trying to find out.”

The team also offered to provide parents with information regarding their child’s risk for medically actionable conditions that manifest themselves in adulthood. Three of 85 infants of parents who agreed to receive this information carried such genetic variants. These variants were also identified in the mothers of the three children.

“Disclosing genetic risk for adult-onset conditions in children has been discouraged in traditional genetics in order to protect the child’s ‘right not to know,’ but our results demonstrate that many parents want access to this information about their child,” Green said. “Our findings suggest that thoroughly sequencing newborns reveals potentially lifesaving information in both infants and their parents far more commonly than was previously thought and should encourage our entire field to reevaluate the value of comprehensively analyzing and disclosing genomic information at any age.”

Funding for this work was provided by the National Institutes of Health (grants U19HD077671, R01HD075802 and U41HG006834). Green is supported by grant funding from the NIH, the Broad Institute of MIT and Harvard, and the U.S. Department of Defense. He receives compensation for consultation from AIA, Helix, Ohana, Prudential, Verily, and Veritas and is co-founder, advisor and equity holder in Genome Medical.