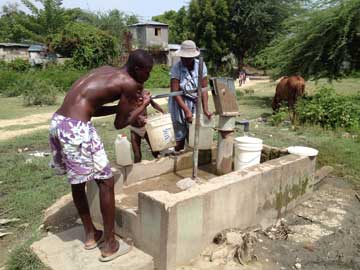 Years before Sherlock Holmes appeared on Baker Street, John Snow saved Broad Street. Unlike the fictional detective, Snow was a physician who cracked the case of the 1854 cholera outbreak in London. But, in a manner reminiscent of Holmes, Snow used municipal maps to trace the locations of people afflicted with cholera, rejected a commonly held theory that cholera spread through “bad air,” and used pattern recognition and deductive reasoning to trace the origins of the deadly disease to a water pump on Broad Street.

One of the earliest instances of epidemiological research, Snow singled out the culprit of the epidemic as the mixing of human waste and drinking water. Nearly 35 years after this discovery, Germany’s Robert Koch discovered the real cause of the disease: the Vibrio cholerae bacterium.

That was more than 100 years ago, when cholera was a problem around the world. Since then, the organism has been studied and vaccines have been developed against it. With proper water sanitation systems, much of the developed world is now largely rid of it. For developing countries, however, the disease remains rampant. According to the World Health Organization’s 2011 report on cholera, the number of reported cases in 2011 showed an 85 percent increase over the previous year’s.

At HMS, microbiologists and clinicians alike have been working toward the common goal of alleviating the spread of the disease. Everything from learning more aboutV. cholerae to providing safe water and adequate sanitation, as well as administering vaccines is essential to fighting cholera.

“Harvard has a rich and deep history in fighting in the trenches with cholera,” said Ed Ryan, professor of medicine at Massachusetts General Hospital. “Our system of international collaboration is fairly unique. We have a big footprint in a number of places, including Haiti and Bangladesh, two places severely affected by cholera. But our system is helping and is important as far as a model for addressing other infectious diseases is concerned.” 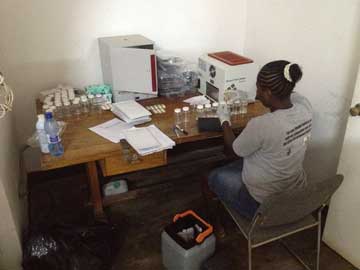 Ryan, who has worked with cholera victims in Bangladesh, is currently studying the immune cells of the survivors. He and his team are evaluating both T-cell and B-cell immunity in those who survived cholera with and without vaccination.

Matthew Waldor, the Edward H. Kass Professor of Medicine at HMS and Brigham and Women’s Hospital, has spent much of his career studying the V. cholerae bacterium.

“You know Usain Bolt? Vibrio cholerae can crush him,” said Waldor, referring to the speed with which the bacterium travels.

V. cholerae enters the human body in contaminated water. It lodges itself in the small intestine, where the toxin released by the bacterium causes tissue to release elevated amounts of water. This leads to severe diarrhea, pain, vomiting and fatigue. The resulting dehydration, if not corrected by replenishing fluids and electrolytes, can lead to death.

The speed of infection owes itself to a single whip-like tail, the flagellum, on one pole of the single-celled bacterium. The flagellum propels the bacterium using chemotaxis, movement toward or away from different chemical stimuli.

“The immune response in humans recognizes this flagellum and causes inflammation,” said Waldor. But the toxin is often more powerful than the response produced by the immune system. “So now the focus of V. cholerae researchers is to genetically engineer a version of the bacterium that doesn’t have a flagellum,” he added. The hope is to implement the modified bacteria in vaccines. 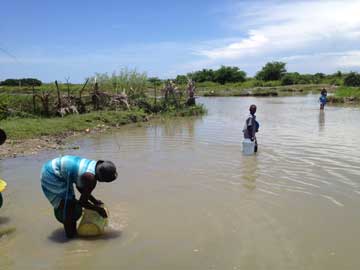 Prior to setting up his own lab, Waldor worked with John Mekalanos, the Adele Lehman Professor of Microbiology and Molecular Genetics and chair of the Department of Microbiology and Immunobiology at HMS. Mekalanos has been studying the bacterium and aiding in the development of vaccines based on his findings.

One vaccine, perhaps the most promising thus far, is Peru-15. In development since the 1991 cholera outbreak in Peru, the vaccine, according to Mekalanos, “is an oral cocktail of nearly 100,000,000 live attenuated, or weakened, bacterial cells in a bicarbonate solution.” In 2007, it was licensed by the China-based company Vaccine Technologies, Inc., where it is being further developed for clinical trials and, it is hoped, for WHO approval. The company was co-founded by Yichen Lu, an adjunct professor at the Harvard School of Public Health, and is funded by Gerald Chan at the Morningside Group, a member of the HSPH Board of Dean’s Advisors.

Mekalanos’ efforts have been directed toward a better understanding of the virulence properties of the cholera bacterium. “We have taken great care to genetically engineer Peru-15 so it no longer produces active toxins and thus does not cause any adverse symptoms in human subjects, yet the strain produces immunity similar to the natural disease.”

Peru-15’s mechanism of offering protection via live attenuated bacteria is a departure from the cholera vaccines currently available, both of which use dead bacterial cells. The more widely used of the two is Shanchol, a vaccine that received WHO prequalification in September 2011. The other, Dukoral, has been approved for use by WHO.

However, each of the vaccines needs to be administered in two doses—three for Dukoral in children between the ages of 2 and 6. And at $1.85 per dose, Shanchol is the preferred option over the $60-per-dose Dukoral. When both doses are given, the vaccines offer anywhere from 70% (Shanchol) to 85% (Dukoral) protection for the few months immediately following administration.

But the vaccine is only one part of the solution.

“A cholera vaccine is in no way the golden ticket to eliminating the disease,” said Louise Ivers, HMS assistant professor of medicine at Brigham and Women’s and senior health and policy advisor for PIH in Haiti. “One of our main philosophies is getting clean water and sanitation. It remains a key factor that positively affects people’s health, but that takes time.”

Worldwide incidence of cholera spiked after the disease emerged in Haiti in 2010. Since then, it has taken root in the earthquake-stricken country, and the epidemic is slowly on its way to becoming endemic. Since the outbreak, nearly 7,000 people have died from the disease. 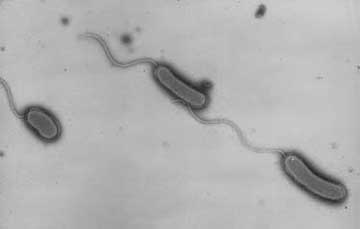 The Haitian Ministry of Health, the organization GHESKIO (a welfare organization in Haiti similar to the Red Cross) and PIH recently completed a massive vaccination pilot program in Haiti to demonstrate the feasibility of using the Shanchol vaccine there. “The first step was to demonstrate how feasible it was to administer the vaccine,” said Ivers. “It went excellently, well-received by the communities.” Since the first dose, more than 91 percent of the 100,000 people vaccinated came back for the second dose, which, according to Ivers, is a very high completion rate. In addition, the project was well supported by the ministry and demonstrated good cold chain support for storage of the vaccines.

Based on the success of this pilot project, “the Pan American Health Organization recently recommended universal access to the vaccine in Haiti,” added Ivers.

Combining vaccines with proper hygiene and clean water does, in one sense, sound like an easy fix. “But what we consider easy fixes are not easy for people in poor countries,” said Ivers.

An empty water-cooler bottle costs roughly $8, according to Ivers. Filling it up with clean water costs about $0.50. “But considering that people make less than $1 a day, that $8.50 doesn’t mean the same to them as it does to us,” she added.

Moreover, most people in Haiti don’t purchase water. They get it from natural sources and they often don’t know which sources they can and cannot drink from. Wilfredo Matias, starting his second year as an MD student at HMS, was able to observe the water sources first hand during a recent trip to Haiti. 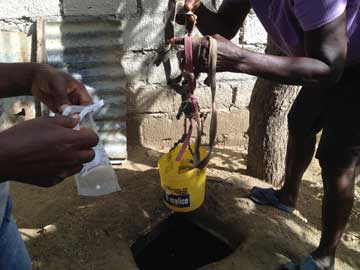 “I traveled into the rural areas and saw that people got water from rivers or wells, many of which are unsafe,” he said.

PIH and other organizations working in Haiti hand out Aquatabs, small chlorinated tablets that sanitize drinking water. “But this may not be sufficient,” added Matias. “My project was to map the areas where people got their water.”

Ultimately, the key to the crisis, according to Farmer, is integrating treatment and prevention. “It’s rarely useful to a patient, when we, as public health practitioners often do, argue about whether we should focus on prevention or treatment,” he said. “They’re both important. If you’re in a village in rural Haiti and you see someone with secretory diarrhea—you know where to start. But beyond that, you try to break that initial cycle, and then move up the scale to get to water and sanitation issues.”

Yet even with all the attempts to address it, the cholera problem is alarming. “In many instances, we’re losing the battle,” said Ryan. “It’s starting to become endemic in countries it never was in before.”

According to Waldor, the situation is similar on a micro level. “Human beings are not essential for the survival of the bacteria,” he said. “Cholera is a marine organism and will survive regardless of human interference.”

For Mekalanos, the issue goes beyond vaccines and sanitation. Whatever the method of addressing the problem, it is expensive and, according to him, “We need more creative ways of financing endeavors.”

Ultimately, it’s about helping out in any way possible—whether it’s in the form of money, sanitation infrastructure or vaccine development. “If the status quo remains, we can expect the numbers to continue to go up,” said Ivers. “Without major investments in all aspects of cholera treatment, we won’t see much progress.”

Prior to John Snow’s discovery of the contaminated well at Broad Street, an advertisement in the Cholera Gazette, July 1832, read: “No epidemic that has occurred of late years has excited a greater degree of interest among all classes of society, and in every quarter of the world, than the present; nor has any one been investigated with equal zeal, and by a greater number of talented practitioners, or called forth such numerous publications, furnishing the most minute details relative to its history, nature, and treatment.”

Since then, scientists have been successful in reducing cholera’s ubiquity, but collaboration and zealous investigation continue to be some of the best weapons in the battle to eliminate the disease. 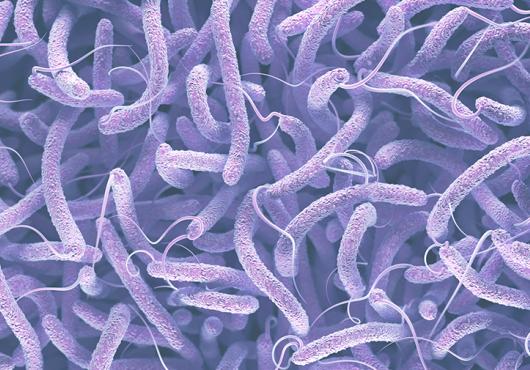 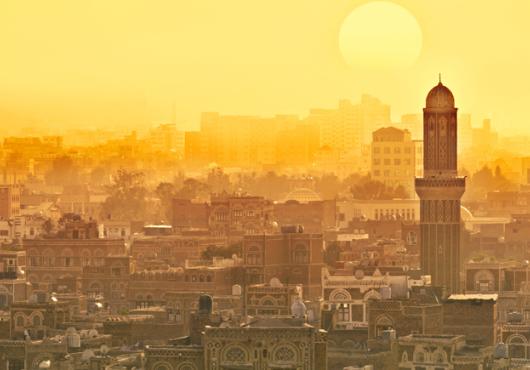 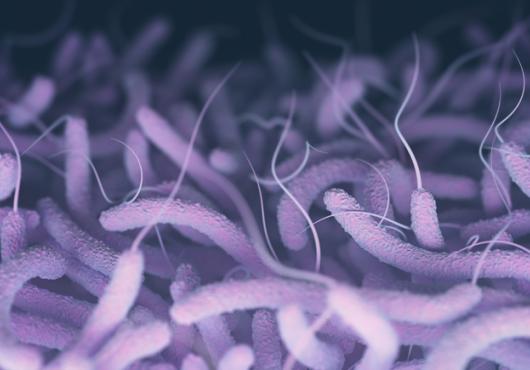