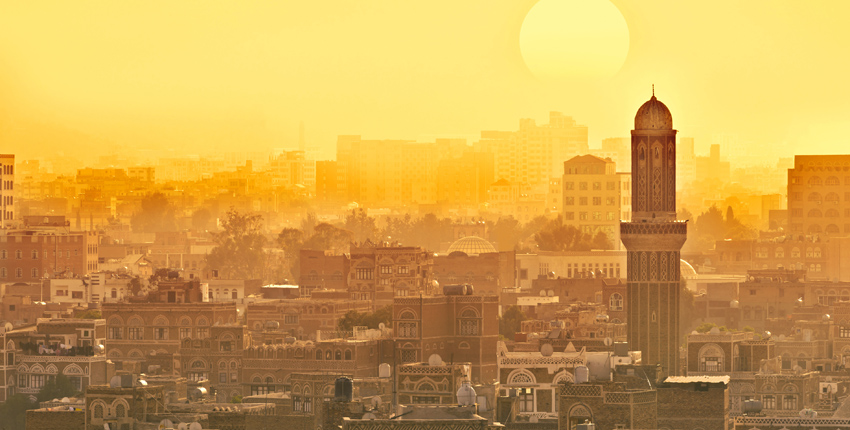 Attacks on health care facilities and services in Yemen conducted by the Saudi-led coalition in the three-year-old war must be condemned by medical and public health communities around the world, write two Harvard Medical School researchers and physicians at Massachusetts General Hospital in a Perspective article published early online in the New England Journal of Medicine.

“The Yemeni medical disasters are man-made, with outbreaks of infectious diseases and starvation following bombing,” write Amir Mohareb, HMS research fellow in medicine in the Division of Infectious Diseases Division at Mass General, and Louise Ivers, associate professor of medicine in the Department of Global Health and Social Medicine in the HMS Blavatnik Institute, HMS associate professor of medicine and executive director of the Center for Global Health at Mass General. “The war has been characterized by a violation of medical neutrality.”

The physicians call on health care providers to take a role in condemning the war. In the article, they describe how hospitals and clinics in the capital city of Sana’a and other areas of the country “have continued to be destroyed, both indiscriminately and sometimes apparently deliberately,” since the war began in March 2015. An outbreak of cholera—estimated to have infected more than 1.1 million people and led to more than 2,000 deaths, 20 percent in children under 5—has been exacerbated by the bombing of water-treatment plants and a lack of fuel needed to operate remaining facilities. Both diphtheria and measles have also increased, probably because of a drop in immunizations, and concerns are rising about a polio outbreak.

The Saudi-led blockade of Yemeni ports has kept out international relief agencies and much-needed food supplies, leading to a near-famine that puts 14 million people at risk of starvation, the physicians write. Even after an easing of the blockade last year, “importation of essential medicines, vaccines and health care equipment remains limited.” Citing the U.S. agreement to sell more than $100 billion in arms and provide other support to the Saudis, the authors stress that mounting evidence of attacks on civilians and on health facilities should induce the suspension of U.S. military support, as has been proposed by a bipartisan Senate resolution.

Giving international humanitarian agencies the ability “to investigate attacks on medical facilities and personnel committed by parties on either side of the conflict” is also essential, Mohareb and Ivers write.

“These responses are, in our view, the only just course of action and are the way to erect necessary safeguards for the future,” the authors write. “We rely on humanitarian programs and on the principal of medical neutrality as a salve for the painful consequences of armed conflict. The moral responsibility for this catastrophe is collective. Those of us whose governments support the war’s attack on civilians and civilian infrastructure through their direct actions or through their inaction at the United Nations Security Council can do more than stand by silently wondering what the warring parties hope to inherit at the end of the day. A generation of Yemeni people is being sacrificed.”