HMS economists discuss the ACA and what might come next 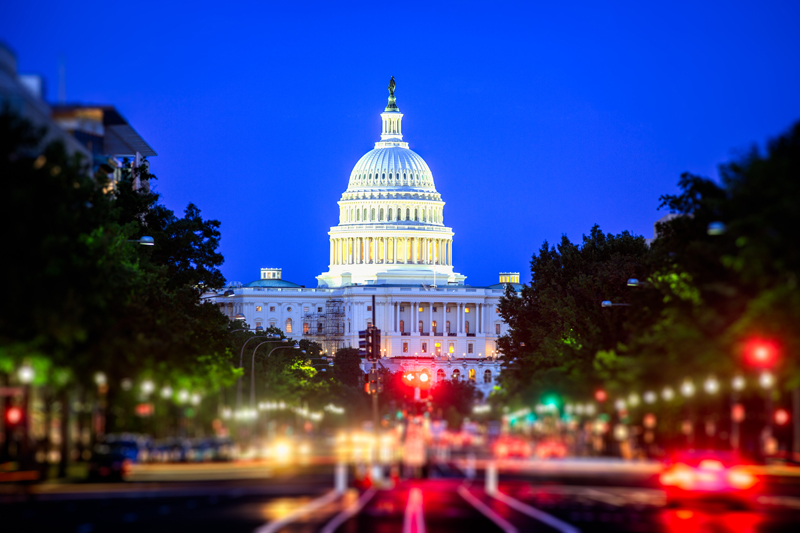 If what’s past is prologue, the history of the U.S. Affordable Care Act suggests that ongoing efforts at national health care and health insurance reform will continue to be tempestuous.

At a recent Talk@12, two leading researchers on health care cost and quality from the HMS Department of Health Care Policy outlined the intended workings of the ACA, highlighted a few of the many political and legal challenges to the original law and set the scene for current efforts underway on Capitol Hill to repeal, replace or reconfigure the law.

Joseph Newhouse, the John D. MacArthur Professor of Health Policy and Management at Harvard University, and Michael Chernew, the Leonard D. Schaeffer Professor of Health Care Policy at HMS, were joined on campus by students, faculty and staff from across the HMS community. Their talk was also livestreamed to thousands who logged on in 40 countries, including Algeria, Australia, Italy, Romania and Morocco.

Moderator Gina Vild, associate dean for communications and external relations at HMS, invited Chernew and Newhouse to talk through the complexities and controversies around health care reform. Following brief presentations, Chernew and Newhouse took questions from the audience in the auditorium and from livestream viewers via Twitter.

“Imagine that we have a big bag of money that has to pay for all the health care for everyone,” Chernew said. “That money has to come from somewhere.”

In the United States, health care is funded by the people, either through taxes, insurance premiums, or fees paid for care at the doctor’s office or the hospital, said Chernew, who is also the director of the Healthcare Markets and Regulation (HMR) Lab in the HMS Department of Health Care Policy.

“The fundamental debate we’re having now is about best mix of these forms of payment,” Chernew said.

Should healthy people pay more to offset costs for the chronically ill? Should the wealthy pay more for the care of the poor? Should the young pay more to subsidize and support the old? These tradeoffs are at the heart of the philosophical and political questions that fuel the debate around health care reform, Chernew said.

Newhouse described the ACA’s attempt to find the right payment mix, which included the proposed expansion of Medicaid to any American earning less than 138 percent of the poverty level, new marketplaces for small groups of employees and individuals, subsidies to make purchasing insurance more affordable for low-income earners and tax penalties to discourage people who choose not to purchase insurance.

The ACA faced stiff opposition from the time it became a law, with a series of lawsuits by state governors and by Congress challenging various provisions of the legislation. In one case, the Supreme Court overturned rules in the ACA that would have mandated that states expand Medicaid, allowing states to opt out.

This ruling, and the subsequent decision of 19 states plus the District of Columbia to opt out were the main reason the estimates for the number of people who would be covered by the ACA were so low, said Newhouse, who is also director of the Harvard Interfaculty Initiative in Health Policy.

Because the ACA was designed to work as a complete package, changes in one aspect of the law have had cascading effects on other aspects. For example, when states chose not to expand Medicaid, the people who ended up purchasing insurance through the individual and small group marketplaces were more likely to be chronically ill than insurers had predicted, which destabilized those markets, Newhouse said.

Chernew noted that recent Republican proposals for replacing the ACA favor a move toward individuals paying more of their share of the costs, either through higher premiums, higher deductibles or higher fees at the doctor’s office.

This could mean charging people who are chronically ill more than their healthy peers, or raising premiums for older Americans. The reason proponents say this is necessary, Chernew said, is that asking individuals to pay more encourages the fiscal discipline needed to curb spending growth, even though it may cause inequity and suffering.

Many paths to change

Though legislative efforts to repeal or replace the Affordable Care Act seem to have stalled, speakers noted that there were many administrative ways to impact the effectiveness of ACA without action from Congress.

“Simply because they can’t get a bill through Congress doesn’t mean that the ACA will work the way it was intended to,” Chernew said.

A pending lawsuit by the U.S. House of Representatives challenging the legality of the subsidies that help make insurance more affordable for low-income earners could end the use of those subsidies, making it impossible for many low-income individuals to afford marketplace insurance and returning them to the ranks of the uninsured.

The political fallout from these maneuvers is hard to predict, the speakers said.

For some opponents of federal health care reform efforts, Newhouse noted, the key question is who has the right to decide what’s best for the citizens of the United States.

“One of the fault lines that runs through American history is the role of states versus the role of the federal government,” Newhouse said. “Should voters in Massachusetts have the prerogative to tell the people of Texas that Texans have to take better care of their poor people?”

In addition to the ongoing debate about federalism, there is growing recognition that the best way to find solutions to the complex problems of delivering the best, most efficient health care to the most Americans is not through top-down mandates, but through diverse innovation and experimentation at the point of care.

One of the provisions of the ACA was the creation of the Centers for Medicare and Medicaid Services Innovation Center, which encouraged provider groups to find their own ways of improving care. Instead of telling physician practices how to do a better job of coordinating care for chronically ill patients with multiple illnesses, the new program offered incentives for groups that found their own ways of improving care and saving money.

“We’re at the beginning of that process.” Chernew said, noting that many questions remain unanswered.

What do we do to control the growth of spending? Is investing in preventive care a good way to bring down overall costs? Would single payer be more efficient than a system mediated by insurance companies, or do we need more freedom in the market so competition can drive down costs? Which kind of patients benefit most from coordinated care? Is it worth investing in better information technology? And how are we going to pay for all this?

In order for the next plan to succeed in the long term, policymakers, physicians and citizens will have to answer these questions.

For now, health care spending continues to grow faster than the economy.

“It’s pretty simple math,” Chernew said. “If health care spending continues to grow faster than GDP, eventually there isn’t enough money to pay for health care and all the other things that we want.”