Symposium explores weight-reducing interventions for those who need it most 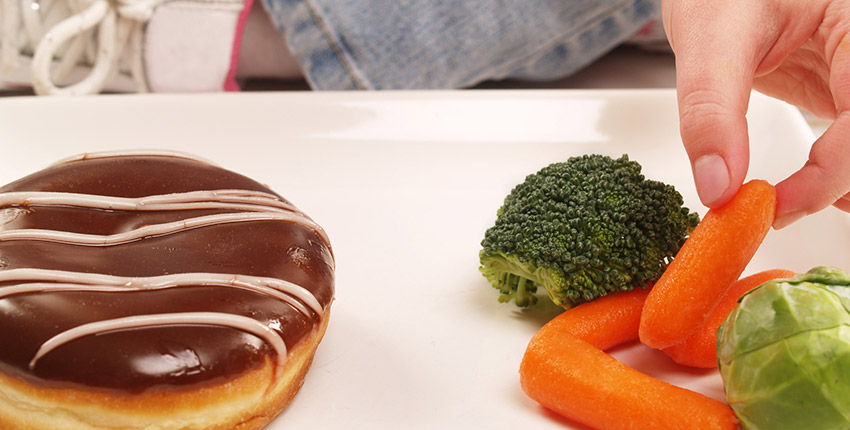 One in five children and teens lives with obesity and its known health risks, and though there are evidence-based interventions to promote healthy weight, they aren’t reaching those who need it most—black and Hispanic/Latino youth and those from low-income families.

“We want to make sure that what we know to work, we do for everyone,” said Karen Emmons, faculty lead of the Harvard Catalyst Community Engagement Program and professor of social and behavioral sciences at the Harvard T.H. Chan School of Public Health.

Academicians and researchers convened with community and government officials on Oct. 1, Child Health Day, for a symposium to think through how to do this effectively and equitably, in a way that communities can fiscally sustain. The symposium, Advancing Uptake of Evidence-based Practices and Policies for Healthy Child Weight, was hosted by Harvard Catalyst.

One goal of the symposium, Emmons said, was to foster more community and research collaborations.

Programs and policies targeting physical activity and nutrition behaviors have been effective in reducing children’s weight, but only in high-income and white communities, noted keynote speaker Shiriki Kumanyika of the Dornsife School of Public Health at Drexel University. “There are disparities in our progress,” she said.

The challenge now is to integrate proven interventions within community settings, such as schools and health centers, she said. Community engagement is critical so it fits with community priorities and builds upon what’s there, she added.

One way that state and local policy-makers across the country have been collaborating with researchers is through the Childhood Obesity Intervention Cost-Effectiveness Study (CHOICES).

Steven Gortmaker, director of the Harvard Chan School’s Prevention Research Center on Nutrition and Physical Activity, and his colleagues explained that they use cost-effectiveness analysis to compare costs and benefits on more than 40 evidence-based childhood-obesity interventions. They model the differences in health outcomes 10 years into the future with particular interventions and without them.

“We’re finding many effective strategies over the life course for reducing obesity, and some save money and reduce disparities,” said Gortmaker.

He cited examples of strategies that save more in health care costs than they cost to implement, including excise tax on sugar-sweetened beverages, restaurant menu calorie labeling and the Smart Snacks in Schools program to reduce youth exposure to unhealthy foods and beverages.

The city of Philadelphia implemented a sugary drink tax that CHOICES modeling showed would significantly reduce incidence of obesity and diabetes. CHOICES also worked with the city on its goal to reduce the consumption of sugary beverages and screen time in early child care and education settings. Studies have shown that the more television children watch, the more they overeat the unhealthy food and drinks they see advertised.

Working with the Oklahoma Department of Public Health on its goal of reducing screen time, CHOICES modeling projected that 660 cases of obesity could be prevented at the cost of 8 cents per child. For every $1 spent, the state would save $20.90 in health care costs.

A comprehensive program that has led to significant improvements in obesity-related measures in low-income communities was highlighted by Elsie Taveras, executive director of the Kraft Center for Community Health at Massachusetts General Hospital and professor of pediatrics at Harvard Medical School.

“The process works because it marries our interests in helping our patients achieve a healthy weight with what the researchers want to do,” said Vincent Biggs, a pediatrician at Holyoke Health Center who has partnered with Taveras for 10 years.

A few years ago, she worked with Harvard Chan School researchers and rolled out the OSNAP (Out of School Nutrition and Physical Activity) intervention, which focuses on children who attend after-school programs.

As a result of OSNAP, children are drinking more water, there are more fruit and whole grains on after-school menus and a curriculum that makes healthy eating fun; training and resources have also expanded opportunities for physical activity.

“The cones helped us think of different games we could do with the kids,” said Ferguson, who added that he now eats a healthy lunch so he can be a good role model.

The program was so successful, Bovenzi said, that in two years, it expanded to 125 sites and will continue to extend its reach.

In closing remarks, Emmons announced that input from symposium participants would be used to create a Harvard Catalyst request for proposals for community-engaged research funding of up to $50,000.

“We’d like to take our learning today into next steps,” she said.