Scientists aim to stunt the growth of serious fungal infections 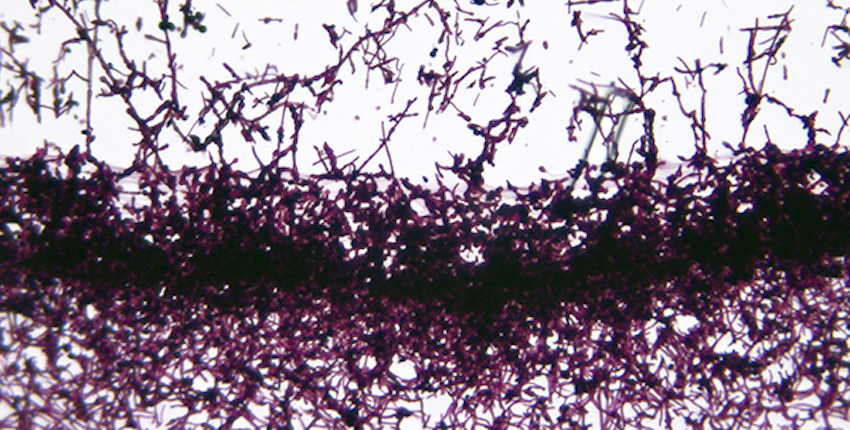 Fungal diseases commonly bring to mind the words “dangerous” and “difficult to cure.” Now, scientists might be a step closer to treating diseases caused by one common, problematic fungus, Candida albicans, by targeting a key player unique to fungi in an important growth pathway.

C. albicans lives on and within our bodies. It becomes a problem only in people with weakened or immunocompromised systems, such as premature infants and children and adults receiving chemotherapy or organ transplants. Most worrisome, the fungus enters the bloodstream and can travel to organs such as the brain. Babies can suffer permanent brain damage from a C. albicans infection.

While antibacterial drugs are plentiful, only limited choices of antifungals are available.

“When you have a broad spectrum of drugs to choose from, you can usually tailor your regime very well to the individual patient,” said Julia Koehler, a specialist in fungal infections and a Harvard Medical School assistant professor of pediatrics, part-time, at Boston Children’s Hospital. “When you have only a very narrow palette of classes to choose from, your treatment might not be ideal for your patient.”

The main reason the palette is so limited is that in the evolutionary tree of life, fungi are surprisingly closely related to humans. So a drug that targets a fungal cell component may harm human cells as well.

Searching for novel members of a fungal growth pathway

As described recently in PNAS, Koehler and Ning-Ning Liu, an HMS postdoctoral fellow at Boston Children’s, decided to do a comprehensive search.

Knowing that the Target of Rapamycin (TOR) pathway regulates the growth of fungi such as C. albicans and is susceptible to the drug rapamycin, they asked a simple question: What genes did the fungus need to respond to rapamycin? The TOR pathway itself doesn’t make a good drug target, since it’s also ubiquitous in humans.

The researchers looked through a collection of 15,000 lab-generated mutants, exposed a fraction of them to rapamycin and found an answer.

One clone, hypersensitive to the drug, carried a mutated section of DNA that was similar to the one that encodes the phosphate transporter Pho84 in baker’s yeast. While it feeds into the TOR pathway, Pho84 itself is absent in humans, potentially making it a safer drug target.

Mutating Pho84 restricted the intake of phosphate, which C. albicans (like other forms of life) needs in large quantities to build DNA, RNA, proteins and cell membranes. In essence, by genetically inactivating Pho84, Liu and Koehler were able to indirectly inhibit the TOR pathway and slow down the growth of fungal cells.

While C. albicans actually has four types of phosphate transporters, stalling the action of even one of them curbs its growth, Koehler said.

The team also showed that two small molecules decrease the activity of the C. albicans’ TOR pathway and slow fungal growth by targeting Pho84. One of these is the FDA-approved antiviral foscarnet, used to treat cytomegalovirus.

Additionally, Liu found that these inhibitory molecules appear to increase the impact of the existing antifungals amphotericin B and micafungin.

The future of antifungals

With more options available, doctors could mix and match treatment methods. Other fungi have similar versions of Pho84. If a Pho84 blocker like foscarnet (but with improved pharmacologic qualities) were to be used in conjunction with amphotericin B, lower doses of the latter might be employed, decreasing its toxicity. Using a Pho84 inhibitor together with an echinocandin like micafungin might increase the potency of antifungal therapy.

“I started out in science because I wanted to understand how a cell works,” said Liu. “But this project is very exciting to me because it might actually help people.”

Koehler and colleagues are searching for other substances that might better inhibit Pho84. They are also trying to understand the mechanisms responsible for the enhanced effect of amphotericin B and micafungin by inhibitors of the phosphate transporter.

Koehler believes “there is definitely a big need” for more treatment options for C. albicans and other fungi. Echinocandins cannot help with C. albicans infections in the brain, while amphotericin B has unavoidable side effects.

“We need more options to choose from when we treat children with these dangerous infections,” Koehler said. 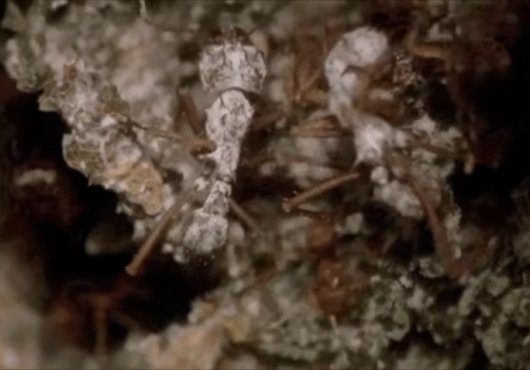 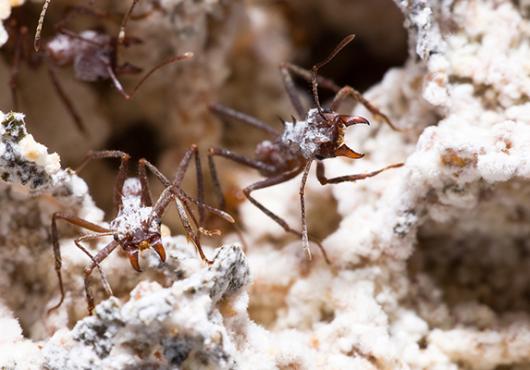