Absence makes your heart grow fonder, but close-quarters may boost your career.

According to new research by scientists at Harvard Medical School, the physical proximity of researchers, especially between the first and last author on published papers, strongly correlates with the impact of their work. 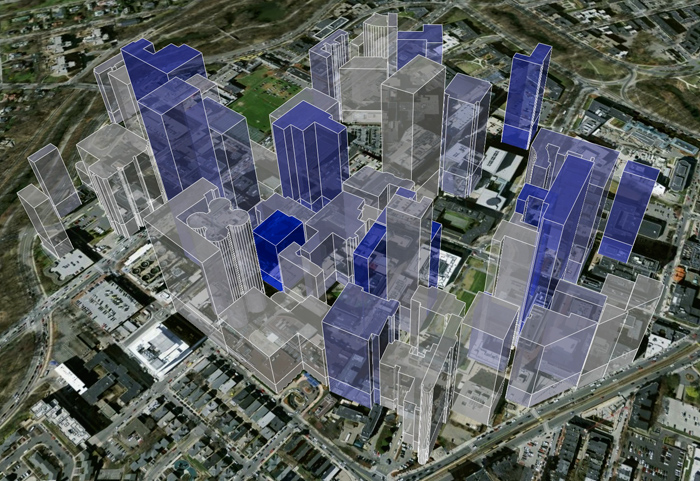 “Despite all of the profound advances in information technology, such as video conferencing, we found that physical proximity still matters for research productivity and impact,” says Isaac Kohane, the Lawrence J. Henderson Professor of Pediatrics at Children’s Hospital Boston and director of the Countway Library of Medicine at Harvard Medical School.

The research is published in the December 15 issue of PLoS ONE.

Given that the Internet and social networks make it possible for people to collaborate remotely, the researchers investigated whether proximity corresponded to the scientific impact of research as measured by citations of resulting publications.

As part of the collocation-collaboration, or CoCo, project, Isaac Kohane and colleagues analyzed life sciences articles published by Harvard investigators from 1998 to 2003. They looked at researchers across four major research centers on Harvard campuses, for a total of 35,000 articles in 2,000 journals by 200,000 authors.

In order to identify the locations of all authors at the time the studies were conducted, a team of Harvard undergraduates working with Kohane and Kyungjoon Lee, a research assistant at the Center for Bioinformatics at Harvard Medical School, manually collected the physical locations of each author from the articles at the time of publication by obtaining floor plans and lists of building occupants from Harvard Medical School and affiliated hospitals’ human resources and facilities planning departments.

The team then analyzed coordinates and geographic data of each location and developed a three-dimensional, high-resolution graphic to depict collaborations based on the locations throughout the Harvard campuses.

The researchers found that, on average, a paper with four or fewer authors who are located in the same building was cited 45 percent more than if the authors were in different buildings. Generally, citations decreased as the distance between first and last authors increased.

“Essentially, at all of these scales, the closer the first and last author are located, the more impactful that paper is as measured by how much more it is cited,” says Lee. “This finding was true when there were only two authors, but was also true with dozens of authors on the same paper.”

Kohane and Lee suggest these findings will have implications for those who design research centers.

“The question is, ultimately, which individuals do you want to bring together?” says Kohane. “If you want people to collaborate, these findings reinforce the need to create architectures and facilities that support frequent, physical interactions. Otherwise it’s really out of sight, out of mind.”

He adds, “Researchers know what they’re doing when they fight for contiguous space.”

This research was supported by grants from the Harvard University Office of the Provost and the Kauffman Foundation.

“Does Collocation Inform the Impact of Collaboration?”