Butterflies of the Soul

New study sheds light on the developmental origins of interneurons 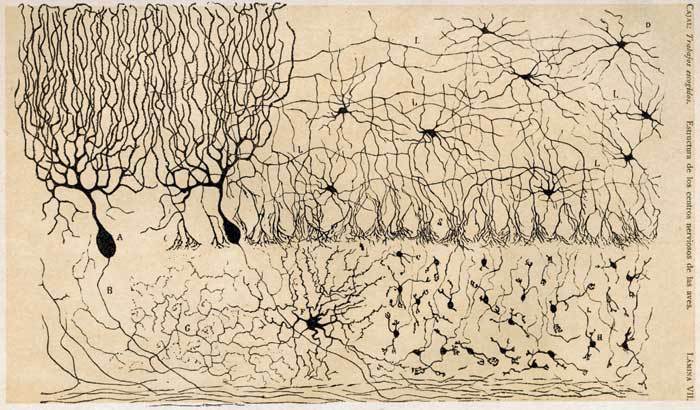 Modern neuroscience, for all its complexity, can trace its roots directly to a series of pen-and-paper sketches rendered by Nobel laureate Santiago Ramón y Cajal in the late 19th and early 20th centuries.

His observations and drawings exposed the previously hidden composition of the brain, revealing neuronal cell bodies and delicate projections that connect individual neurons together into intricate networks.

As he explored the nervous systems of various organisms under his microscope, a natural question arose: What makes a human brain different from the brain of any other species?

At least part of the answer, Ramón y Cajal hypothesized, lay in a specific class of neuron—one found in a dazzling variety of shapes and patterns of connectivity, and present in higher proportions in the human brain than in the brains of other species. He dubbed them the “butterflies of the soul.”

Known as interneurons, these cells play critical roles in transmitting information between sensory and motor neurons, and, when defective, have been linked to diseases such as schizophrenia, autism and intellectual disability.

Despite more than a century of study, however, it remains unclear why interneurons are so diverse and what specific functions the different subtypes carry out.

Now, in a study published in the March 22 issue of Nature, researchers from Harvard Medical School, New York Genome Center, New York University and the Broad Institute of MIT and Harvard have detailed for the first time how interneurons emerge and diversify in the brain.

Using single-cell analysis—a technology that allows scientists to track cellular behavior one cell at a time—the team traced the lineage of interneurons from their earliest precursor states to their mature forms in mice. The researchers identified key genetic programs that determine the fate of developing interneurons, as well as when these programs are switched on or off.

The findings serve as a guide for efforts to shed light on interneuron function and may help inform new treatment strategies for disorders involving their dysfunction, the authors said.

“We knew more than 100 years ago that this huge diversity of morphologically interesting cells existed in the brain, but their specific individual roles in brain function are still largely unclear,” said co-senior author Gordon Fishell, HMS professor of neurobiology and a faculty member at the Stanley Center for Psychiatric Research at the Broad.

“Our study provides a road map for understanding how and when distinct interneuron subtypes develop, giving us unprecedented insight into the biology of these cells,” he said. “We can now investigate interneuron properties as they emerge, unlock how these important cells function and perhaps even intervene when they fail to develop correctly in neuropsychiatric disease.”

Using Drop-seq, a single-cell sequencing technique created by researchers at HMS and the Broad, the team profiled gene expression in thousands of individual cells at multiple time points.

This approach overcomes a major limitation in past research, which could analyze only the average activity of mixtures of many different cells.

In the current study, the team found that the precursor state of all interneurons had similar gene expression patterns despite originating in three separate brain regions and giving rise to 14 or more interneuron subtypes alone—a number still under debate as researchers learn more about these cells.

“Mature interneuron subtypes exhibit incredible diversity. Their morphology and patterns of connectivity and activity are so different from each other, but our results show that the first steps in their maturation are remarkably similar,” said Satija, who is also an assistant professor of biology at New York University.

“They share a common developmental trajectory at the earliest stages, but the seeds of what will cause them to diverge later—a handful of genes—are present from the beginning,” Satija said.

As they profiled cells at later stages in development, the team observed the initial emergence of four interneuron “cardinal” classes, which give rise to distinct fates. Cells were committed to these fates even in the early embryo. By developing a novel computational strategy to link precursors with adult subtypes, the researchers identified individual genes that were switched on and off when cells began to diversify.

For example, they found that the gene Mef2c—mutations of which are linked to Alzheimer’s disease, schizophrenia and neurodevelopmental disorders in humans—is an early embryonic marker for a specific interneuron subtype known as Pvalb neurons. When they deleted Mef2c in animal models, Pvalb neurons failed to develop.

These early genes likely orchestrate the execution of subsequent genetic subroutines, such as ones that guide interneuron subtypes as they migrate to different locations in the brain and ones that help form unique connection patterns with other neural cell types, the authors said.

The identification of these genes and their temporal activity now provide researchers with specific targets to investigate the precise functions of interneurons, as well as how neurons diversify in general, according to the authors.

“One of the goals of this project was to address an incredibly fascinating developmental biology question, which is how individual progenitor cells decide between different neuronal fates,” Satija said. “In addition to these early markers of interneuron divergence, we found numerous additional genes that increase in expression, many dramatically, at later time points.”

The association of some of these genes with neuropsychiatric diseases promises to provide a better understanding of these disorders and the development of therapeutic strategies to treat them, a particularly important notion given the paucity of new treatments, the authors said.

Over the past 50 years, there have been no fundamentally new classes of neuropsychiatric drugs, only newer versions of old drugs, the researchers pointed out.

“Our repertoire is no better than it was in the 1970s,” Fishell said.

“Neuropsychiatric diseases likely reflect the dysfunction of very specific cell types. Our study puts forward a clear picture of what cells to look at as we work to shed light on the mechanisms that underlie these disorders,” Fishell said. “What we will find remains to be seen, but we have new, strong hypotheses that we can now test.”

As a resource for the research community, the study data and software are open-source and freely accessible online.

A gallery of the drawings of Santiago Ramón y Cajal is currently on display in New York City, and will open at the MIT Museum in Boston in May 2018. 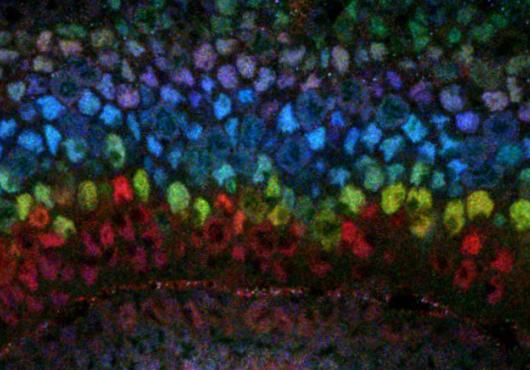