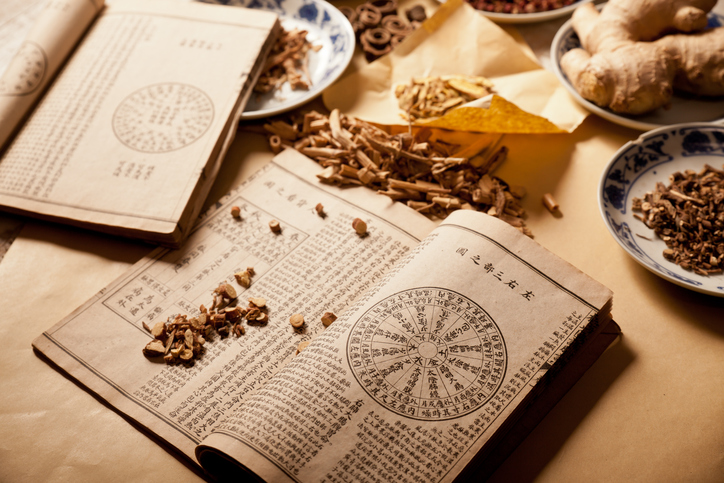 As the Vietnam War raged on in the late 1960s, the Chinese government answered a plea from the North Vietnamese for assistance in combating a devastating foe: drug-resistant malaria. Among the scientists assigned this task was Youyou Tu, a chemist who led a team that took an unconventional approach to identifying new therapeutics.

Tu and her colleagues pored over thousands of traditional Chinese herbal recipes, testing hundreds that they suspected might have some effect on the parasite that causes malaria. Their experiments singled out an extract from a type of wormwood plant that inhibited the growth of the parasite in the lab, but its efficacy was disappointingly limited.

It was not until Tu returned to traditional texts that a breakthrough came. She discovered, in a medical manual written around 300 CE, during the Jin Dynasty, a passage stating that the optimal extraction of this plant should be done at a low temperature. This proved to be the case and provided the spark that enabled her subsequent work to isolate, refine and verify the efficacy of a compound known as artemisinin.

Today, artemisinin-based therapies are the treatment of choice for malaria, and they have saved millions of lives around the world. For her efforts, Tu was awarded the Nobel Prize in Physiology or Medicine in 2015, cementing artemisinin’s place as the exemplar for the modern therapeutic potential of traditional Chinese medicine.

It also served as one of the many inspirations for a unique symposium on what traditional Chinese and Western medicine can learn from each other, organized by Harvard Medical School’s Therapeutics Graduate Program, the Harvard Osher Center for Integrative Medicine and the School of Chinese Medicine at Hong Kong Baptist University (HKBU).

“I think it is remarkable how information from a text written 1,700 years ago, interrogated through modern biochemical techniques, has helped save so many lives today,” said HMS Dean George Q. Daley, in his welcoming remarks for the symposium held on June 20 and 21.

“Traditional Chinese medicine and Western medicine are traditions with many differences, but the same shared goal of alleviating the burdens of disease,” Daley continued. “That is why we are here today, because we simply do not know what can result from the interaction between our medical traditions.”

With the goal of sharing ideas, developing new potential collaborations and opening unexplored lines of inquiry, researchers from HMS and HKBU gave talks and presented posters on a variety of research topics in the Joseph B. Martin Conference Center on the HMS campus.

Speakers from HKBU addressed differences between traditional Chinese and Western medicine, and areas where common ground could be found. For example, Aiping Lyu, dean of the School of Chinese Medicine at HKBU, focused on rheumatoid arthritis, a disease that physicians in the West diagnose through biomarkers and treat with drugs that modulate specific biochemical processes.

Doctors trained in traditional Chinese medicine, Lyu stated, instead diagnose their patients through qualitative aspects of the disease, such as whether the patient experiences joint pain that feels hot or cold or damp and stagnant.

“There are natural products and therapies that people have been taking for thousands of years through traditional Chinese medicine—compounds which in principle we have human data for, which is the most valuable thing you can get for characterizing any drug”—Timothy Mitchison, Hasib Sabbagh Professor of Systems Biology at HMS

Through experience and a foundation of knowledge based on thousands of years of empirical testing, traditional Chinese medicine practitioners use these descriptors to categorize the disease into different subtypes, which in turn are treated with different herbal mixtures or therapeutic approaches, Lyu said.

Closing the gap between the emphasis Chinese medicine places on the variety of disease subtypes and the Western focus on one unified definition of a single disease is a logical foundation for building a bridge between these medical traditions, according to Lyu, who has worked on investigating these traditional categories using modern biomedical techniques such as genomic and proteomic screens.

Speakers from HMS also presented several aspects of their approaches to drug discovery and development, and proposed ways that they might be applied to traditional Chinese medicine.

Clardy and his colleagues studied bacteria that protect leaf-cutter ant colonies, which farm a specific type of fungus for food from other harmful fungi. This complex symbiosis provided the research team with a fertile environment for investigating the biochemical means by which these bacteria function, ultimately leading to the discovery of a novel antifungal compound.

Other HMS speakers included Charles Serhan, the HMS Simon Gelman Professor of Anaesthesia at Brigham and Women’s Hospital, who presented his work on resolvins, a type of lipid involved in inflammation, and Ted Kaptchuk, HMS professor of medicine at Beth Israel Deaconess Medical Center, who presented his work on the beneficial effects of positive therapeutic encounters, or the interactions between patient and provider, in Chinese and Western medicine.

The symposium continued on the second day with a round-table discussion and additional presentations by HMS faculty on a variety of topics such as the gut microbiome, bioinformatics tools, and proteomics, which might be leveraged to improve the practice of traditional Chinese medicine and aid in the development and evaluation of new drugs and compounds.

“There are natural products and therapies that people have been taking for thousands of years through traditional Chinese medicine—compounds which in principle we have human data for, which is the most valuable thing you can get for characterizing any drug,” said Timothy Mitchison, the Hasib Sabbagh Professor of Systems Biology at HMS and co-organizer of the symposium.

“These approaches provide knowledge of many molecules and mixtures that are unknown in the West, which can now be studied for their mechanisms through a host of modern biomedical techniques, and surely we can learn more from them,” Mitchison said.