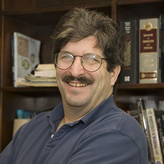 Gary Ruvkun, Harvard Medical School professor of genetics at Massachusetts General Hospital, was named one of six winners of the 2015 Breakthrough Prizes in Life Sciences. Each winner, along with winners in Physics and Mathematics, will receive a $3 million prize.

Ruvkun and Victor Ambros, University of Massachusetts Medical School, were each recognized for the discovery of a new world of genetic regulation by microRNAs, a class of tiny RNA molecules that inhibit translation or destabilize complementary mRNA targets. The other winners in the life sciences include C. David Allis, Alim Louis Benabid, Jennifer A. Doudna and Emmanuelle Charpentier.

“This year’s life sciences laureates have made some spectacular discoveries, from a new kind of gene to a Parkinson’s treatment that has improved the lives of many,” Wojcicki said. “It’s energizing to be in the company of such brilliant and fertile minds.”

"The world faces many fundamental challenges today, and there are many amazing scientists, researchers and engineers helping us solve them,” Zuckerberg said. “This year's Breakthrough Prize winners have made discoveries that will help cure disease and move the world forward. They deserve to be recognized as heroes."