Behind the Measles Outbreak 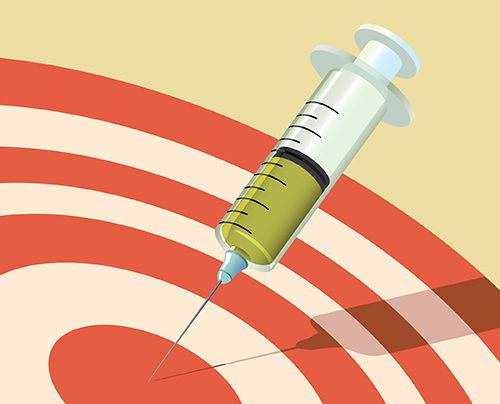 Inadequate vaccine coverage is likely a driving force behind the ongoing Disneyland measles outbreak, according to calculations by a research team at Harvard Medical School and Boston Children’s Hospital.

Their report, based on epidemiological data and published online by JAMA Pediatrics, indicates that vaccine coverage among the exposed populations is far below that necessary to keep the virus in check, and is the first to positively link measles vaccination rates and the ongoing outbreak.

The researchers—led by Maimuna Majumder, a research fellow at HealthMap, and John Brownstein, HMS associate professor of pediatrics at Boston Children’s—examined case numbers reported by the California Department of Public Health and current and historical case data captured by the HealthMap disease surveillance system.

They estimate that the measles vaccination rate among the case clusters in California, Arizona and Illinois is between 50 and 86 percent, far below the 96 to 99 percent necessary to create a herd immunity effect.

Measles is highly contagious. It's estimated that an infected individual in a population fully susceptible to measles will spread the virus to between 11 and 18 additional people. This number is called the virus’s basic reproduction rate, or R0. In a population where at least some individuals are immune to measles, the virus spreads from person to person more slowly. The rate of spread in an immune population is called the virus's effective reproduction rate, or RE.

Using case data, R0 and measles’ serial interval (the length of time for each successive wave of transmission to follow the one before), Majumder and Brownstein calculated that the virus's RE in the Disneyland outbreak is between 3.2 and 5.8. From there, they calculated the vaccination estimate.

The researchers are quick to note that their estimate does not reflect vaccination across the United States, in the state of California or even among the population of Disneyland visitors at the outbreak’s start. Rather, it reflects the vaccination rate among the exposed populations in each cluster of cases linked to the outbreak so far.

"It’s as though you took everyone exposed to measles in the areas with case clusters, put them in a room and measured the level of vaccine coverage in that aggregate population," said Majumder.

Using the same data sources, the HealthMap team has separately released an interactive model illustrating how differing rates of vaccine coverage could affect the growth of a measles outbreak over time.

The model, available at healthmap.org/measlesoutbreak, puts the effects of vaccination into stark relief. If a population is fully vaccinated against the virus, the model predicts that one case of measles will give rise to only two additional cases over 70 days. By contrast, if only 60 percent of a population is vaccinated, more than 2,800 cases will occur over the same time period.

“Our data tell us a very straightforward story—that the way to stop this and future measles outbreaks is through vaccination,” said Brownstein, a digital epidemiologist and co-founder of HealthMap and VaccineFinder, an online service that allows users to search for locations offering a variety of vaccinations, including the MMR vaccine that protects against measles.

“The fundamental reason why we're seeing the number of cases we are is inadequate vaccine coverage among the exposed,” he said.

“We hope these data encourage families to ensure they and their loved ones are vaccinated, and help local public health officials in their efforts to control this outbreak.”

This work was supported by the National Library of Medicine (grant number R01LM010812).