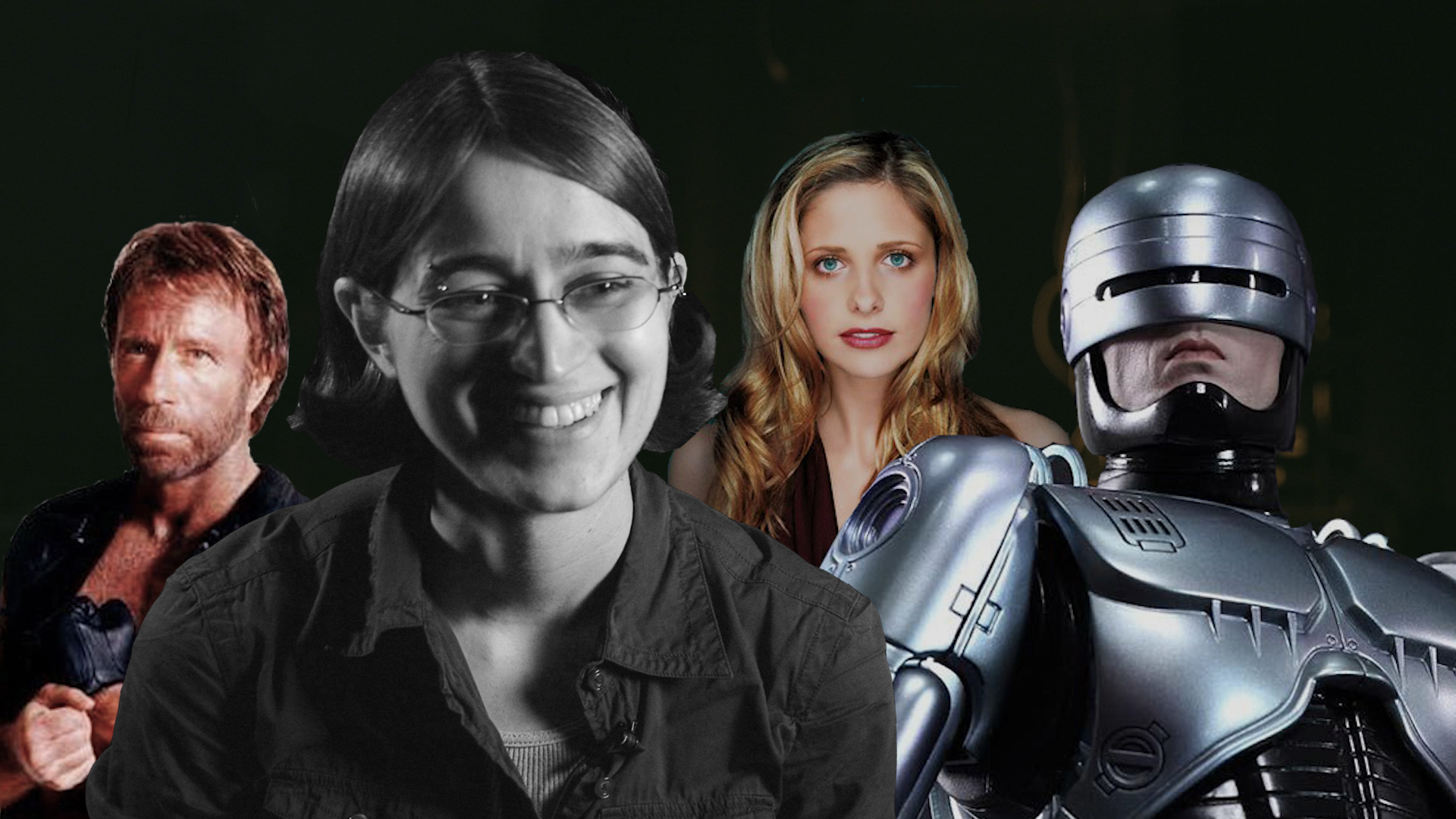 Members of the Loparo lab explain the origins of the action-hero naming tradition and share a taste of what they’re learning with the help of these powerful microscopes. Video: Rick Groleau and Stephanie Dutchen

In this case, Norris refers not to the Hollywood action hero but to a custom-built microscope named after him.

Norris and his brethren—including Robocop, Rambo, the Buffybot (a robot version of Buffy the Vampire Slayer) and B.A. Baracus (named after Mr. T’s character from The A-Team)—help Joe Loparo and his team in the Blavatnik Institute at Harvard Medical School reveal how cells duplicate DNA and tolerate or repair DNA damage.

Although the action here takes place at the level of individual molecules, the research packs a big punch.

It helps expose the roots of diseases that stem from faulty DNA repair, such as cancer, immune system deficiencies and neurodegeneration.

It could also lead to improvements in treatments that deliberately break DNA, such as gene editing, radiation therapy and chemotherapy.

“We look at how repair normally works and to how fix it when it goes wrong,” said Ben Stinson, a postdoctoral fellow in the Loparo lab who works on Chuck Norris.

All the instruments, technically known as single-molecule fluorescence microscopes, are constructed in-house, and the rule is, she who builds it gets to name it.

Loparo, associate professor of biological chemistry and molecular pharmacology at HMS, started the trend of 1980s action heroes in honor of his favorite movies. Lab members who prefer science fiction have added robots to the motley crew.

“People work really hard here as we try to answer important questions, but that doesn’t mean we have to be serious all the time,” said Loparo. “Naming the microscopes seemed like a way to have a little fun and give people a sense of ownership.”

HyeongJun Kim, a former postdoctoral researcher in the lab who built and named Chuck Norris, took the tradition in stride when he first arrived.

“The single-molecule microscopes at my previous job were named Megaman 1 through Megaman 7,” said Kim. “I thought, this is just what labs do.”

Now an assistant professor at the University of Texas Rio Grande Valley, Kim has named his first new single-molecule microscope Hershey, “because it is so sweet.” He plans to expand the chocolate theme in the future.

Countless times a day in cells throughout the body, as a result of anything from sun exposure to ordinary breathing, DNA strands snap or undergo other kinds of damage.

Loparo’s group enlists the aid of Robocop and friends to watch what happens next.

Lab members attach fluorescent tags to the DNA ends if they’ve been snapped, as well as to molecules suspected to be involved in repairing damage. They use carefully calibrated lasers on the microscopes to light up the tags. Then they employ sensitive cameras to track where the molecules go and what they do in real time.

Using these microscopes, we can gain insights that nobody else has been able to.

In this way, the group has painstakingly identified—or clarified the roles of—various molecules that rush in to hold broken DNA ends together.

Similar methods allow lab members to learn how cells work around DNA damage instead of repairing it.

“It’s exciting to study such an important pathway where very little is known about each of these DNA-repair factors,” said Sean Carney, a postdoctoral fellow in the lab. “Using these microscopes, we can gain insights that nobody else has been able to.”

Although it may seem more straightforward to buy a microscope than to build one, there are advantages to custom construction, said Loparo.

First, he said, commercial microscopes end up costing twice as much as purchasing components and assembling them.

“It saves the taxpayer money,” he said.

Second, the do-it-yourself method gives his team greater flexibility to explore new questions as they arise.

“If you purchase a product, it’s like a black box,” Loparo said. “You’re handcuffed if it doesn’t do a task you need. Whereas, by building it ourselves, we can change course six months into a project and do things other people haven’t done before.”

“Building a microscope is fun because you’re designing it to do the experiments you need to do,” agreed postdoctoral fellow Lizz Thrall, who built and named the Buffybot. “That affects the choice of lasers and other components and how you set things up.”

“It gives you a deeper understanding of the measurements you’re taking and what the limitations are,” Thrall added. “You’re not just using a tool someone else made.”

It takes only a week or two to put together a microscope once they have all the pieces, Loparo said.

When the instrument has served its purpose, lab members can take it apart and reconfigure it.

Loparo recently dismantled a microscope he built when he was a postdoc—which he dubbed Lore in honor of the android Data’s evil brother in Star Trek: The Next Generation—and is in the middle of adapting it so he can observe how repair complexes assemble on DNA.

Not only does the half-assembled microscope offer a fresh opportunity to advance scientific knowledge and illuminate human disease, it also means Loparo gets to pick a new name.

Current contenders range from Xena: Warrior Princess to Apollo Creed from the Rocky series to Johnny Castle from Dirty Dancing.

Faculty and staff across HMS are adapting, combining, optimizing, and designing new visualization technologies to solve problems in biology and medicine. 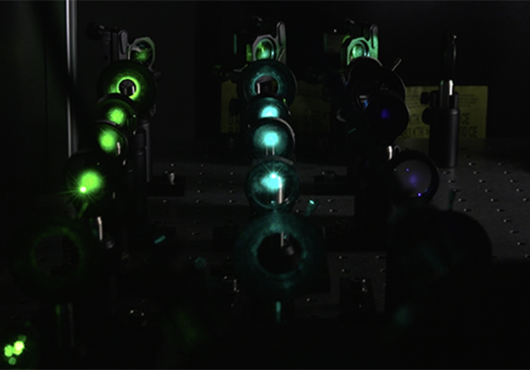