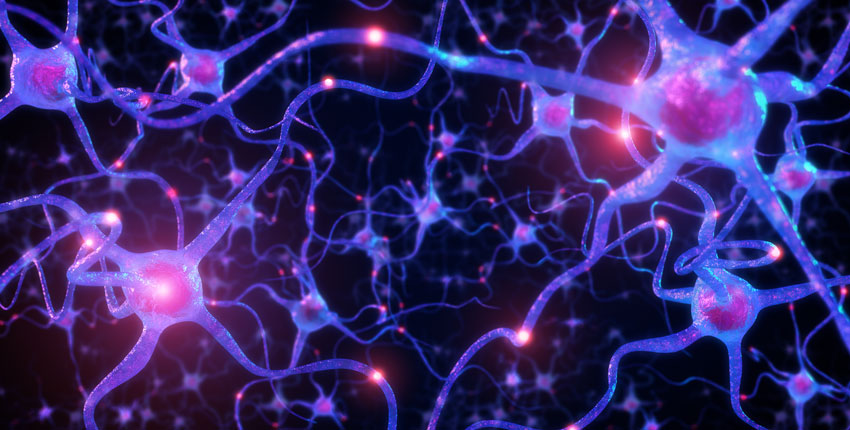 Anytime we venture into a new place, our brain’s built-in GPS immediately kicks in and begins to form a spatial map of our surroundings. Over days and even weeks, this map may be solidified as a memory that we can recall to help us navigate more easily whenever we return to that particular location.

Just how the brain forms these spatial maps is astoundingly complex — a process that involves an intricate molecular interplay across genes, proteins, and neural circuits to shape behavior. Perhaps unsurprisingly, the precise steps of this multiplayer interaction have eluded neurobiologists.

Now, scientists, through a multilab collaboration within the Blavatnik Institute at Harvard Medical School, have made a major advance toward understanding the molecular mechanisms that are involved in the creation of spatial maps in the brain.

The new study, conducted in mice and published Aug. 24 in Nature, establishes that a gene called Fos is a key player in spatial mapping, helping the brain use specialized navigation cells to form and maintain stable representations of the environment.

What dot counting and virtual mazes can teach us about memory formation and decision-making.

“This research connects across the different levels of understanding to make a pretty direct link between molecules and the function of circuits for behavior and memory,” said senior author Christopher Harvey, associate professor of neurobiology at HMS. “Here we can understand what’s actually underlying the formation and stability of spatial maps.”

If the findings translate into humans, they will provide crucial new information about how our brains construct spatial maps. Eventually, this knowledge could help scientists better understand what happens when this process breaks down, as it often does as a result of brain injury or neurodegeneration.

The hippocampus lies deep in the brain’s temporal lobe and plays an essential role in learning, memory, and navigation for many species, including mice and humans. Scientists have long known that for navigation, the hippocampus contains specialized neurons called place cells that selectively become active when an animal is at different locations in space. By turning on and off as an animal moves through its environment, place cells essentially construct a map of the surrounding area that can be incorporated into a memory.

“My lab has studied spatial navigation for years, including how place cells form a map of the environment and form spatial memories,” Harvey said, and yet “the molecular mechanisms that underlie those processes have been difficult to study in the behaving animal.”

To study the molecular cascade involved in this mapping process, Harvey and first author Noah Pettit, research fellow in neurobiology in the Harvey lab, teamed up with co-senior author Michael Greenberg, the Nathan Marsh Pusey Professor of Neurobiology at HMS, and author Lynn Yap, a graduate of the Harvard PhD Program in Neuroscience who did her doctoral work in the Greenberg lab.

Greenberg’s lab studies the Fos gene, which codes for a transcription factor protein that regulates the expression of other genes. In previous research, Greenberg and his colleagues showed that Fos is expressed minutes after a neuron is activated, making it a useful marker for neural activity in the brain. They also demonstrated that Fos acts as a mediator for different types of neural plasticity, including navigation and memory formation. However, the relationship between Fos and place cells in the hippocampus was not known.

The investigators wondered whether Fos could be involved in how mice form spatial maps as they navigate their environment.

To find out, the team used a technique developed in Harvey’s lab that places mice in a virtual reality maze: A mouse runs on a ball as it looks at a large, surround screen that displays a spatial navigation task such as solving a maze to find a reward. As the mouse jogs on the ball and performs the task, researchers record neural activity and changes in Fos expression in the hippocampus.

In what Greenberg called “a technical tour de force,” Pettit led a series of complicated experiments to unravel the connection between Fos and place cells. The team found that in the hours after a mouse performed a navigation task, neurons with high Fos expression were more likely to form accurate place fields — clusters of place cells that signal spatial position — than those with low Fos expression. Moreover, neurons with high Fos expression had place fields that were more reliable over time in indicating spatial position as the mouse repeated the task on subsequent days.

“This tells us that on a moment-to-moment basis as the mouse is navigating, the neurons that induce Fos have very robust information about the mouse’s spatial position, which is the key variable needed to solve and remember the task,” Pettit explained.

“Fos seems to be important for maintaining the stability and accuracy of place cells, and representing a spatial map in the brain over time,” Greenberg said.

For example, Greenberg would like to delve into the specific molecules and cells that are involved as Fos helps the brain form and maintain stable spatial maps over time. He also wants to understand the different roles Fos may play as spatial map memories are transferred from the hippocampus to other brain regions. In a similar vein, Harvey is interested in whether Fos is part of the process by which spatial map memories are solidified during sleep.

Although the study was done in mice, the researchers noted that much of the system is conserved across species, including humans. If the findings can be confirmed in humans, they could help scientists understand how our brains form spatial maps and what happens when we lose this ability due to injury or disease.

Beyond the science, the researchers emphasized that the research represents an unusual partnership between a laboratory that studies cellular and molecular mechanisms and one that focuses on animal behavior and neural circuits.

“Our two laboratories are about as far from each other in terms of what we do as any in the department, but we’ve come together to study how molecules interact with neural circuits that control learning, memory, and behavior,” Greenberg said.

“This was a natural and exciting collaboration to learn that Fos plays a role in spatial memories and spatial navigation,” Harvey agreed. “It’s hard to be an expert in all these different levels of neurobiology, but by working together, the two labs have been able to bridge the gap.”