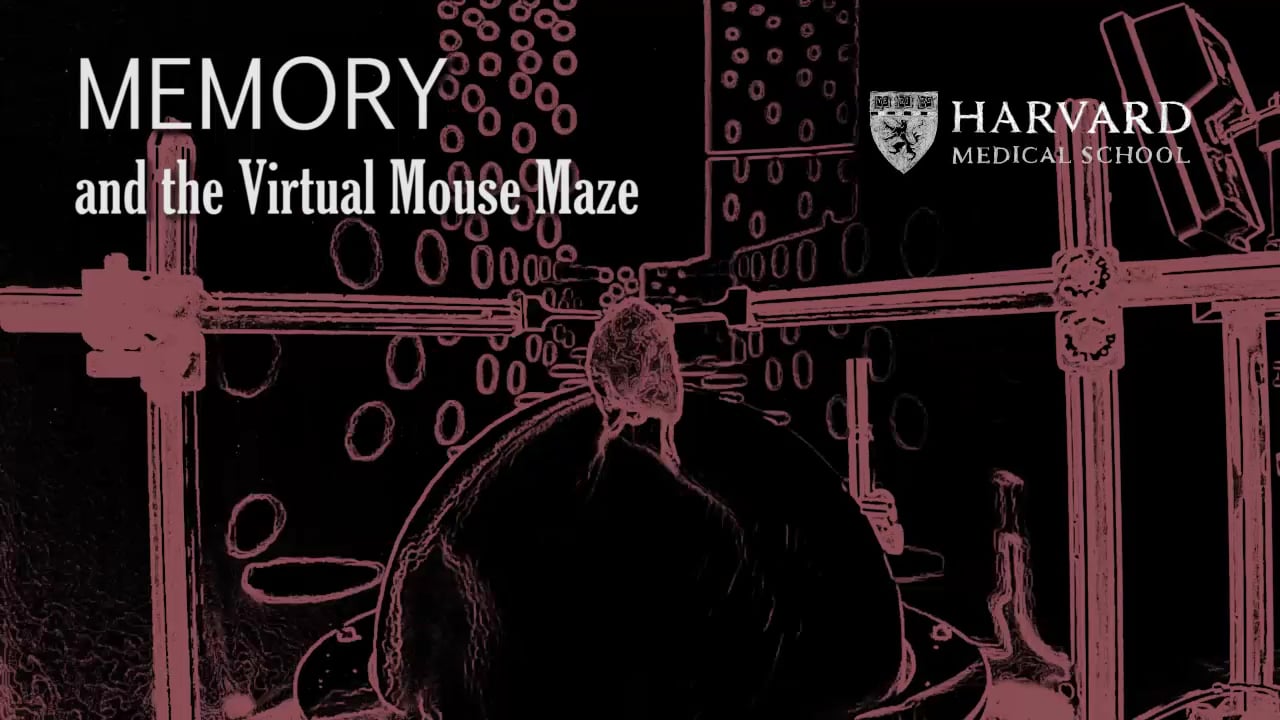 Working with dot-counting mice running through a virtual-reality maze, scientists from Harvard Medical School have found that in order to navigate space rodent brains rely on a cascade of neural signals that culminate in a single decision that prompts the animal to choose one direction over another.

The results, published Oct. 3 in Nature Neuroscience, paint a picture of spatial information-gathering, processing and decision-making that is more complex than once thought.

The HMS study challenges the traditional, decades-old model, which proposes that making a simple spatial decision is the result of an outright competition between two or more distinct neural pathways, with one signal prevailing to suppress the others.

“This winner-take-all view is elegant but perhaps somewhat oversimplified,” said study author Chris Harvey, assistant professor of neurobiology at Harvard Medical School. “Our findings suggest that groups of neurons keep track of all recently encountered visual cues and use this information to inform decisions. There needn’t be an actual competition between two or more pathways, at least not in the areas of the brain thought to be involved in decision-making.”

In that sense, the researchers added, mouse decision-making resembles the human act of accumulating and weighing all the evidence before making a choice.

The researchers say their findings are an early step on a quest to untangle the mechanisms of human memory formation — a fundamental neurologic process that remains poorly understood. Unraveling what happens in nerve cells during memory formation can help illuminate critical glitches that occur in short-term memory and lead to impaired decision-making in a range of neuropsychiatric and neurodegenerative disorders.

“Once we unravel the different working patterns and circuits in the brain during memory formation and decision-making, we can begin to look for differences in connectivity patterns that underlie abnormalities,” Harvey said. “This can give us a handle on how these processes may be flawed in neurodegenerative conditions and neuropsychiatric disorders.”

For the experiments, mice were trained to count up to six dots on either side of a virtual T-shaped maze projected on a screen in front of them. Mice had to choose the direction displaying the greater number of dots and make a turn in that direction.

The task—exquisitely complex by rodent standards—is akin to how humans use street signs and landmarks to maneuver in space in order to reach a destination. To prepare for the simulated maze challenge, mice were trained over the course of a month or so, learning to count up to six dots and to make a choice to go left or right depending on the number of dots projected on the screen. When an animal made the correct turn, it was rewarded with a few gulps of sweetened water.

For their experiments, the scientists focused on neurons in the posterior parietal cortex—the part of the brain where visual sensory input and motor action converge. To visualize neuronal activity in real time, researchers injected mice with a virus that induced their brain cells to glow, or fluoresce, anytime an electrical impulse was triggered by something the mouse saw. The approach allowed scientists to map out an “electrical grid” showing the moment-by-moment changes across thousands of neurons as animals encountered cues, retrieved short-term memories and made a decision.

The electrical patterns showed that in order to make the correct choice, the mouse had to rely on short-term memory—recalling how many dots it saw on one side a few seconds prior—and then convert this memory into motor action, or the action of turning left or right. Surprisingly, multiple nerve signals converged at once before the mouse made a turn, suggesting that the animals weighed all available cues before making a decision.

The results also showed that brain cells did not pause and reset each time a decision was made. Instead, neurons kept a “ticker tape” record of things that happened in the past—an-ever expanding catalogue as new experiences were acquired.

The findings suggest that even the simplest of choices, such as turning left or right, are the result of multiple neural signals triggered by recently encountered cues, which then propagate in a complex yet well-organized manner and converge in a single decision. That process, the researchers said, is an elegant illustration of how observing a cue forms a short-term memory, which, in turn, leads to a decision.

Co-author Ari Morcos, a research fellow in neurobiology at the time of the study, is currently employed by Google DeepMind.