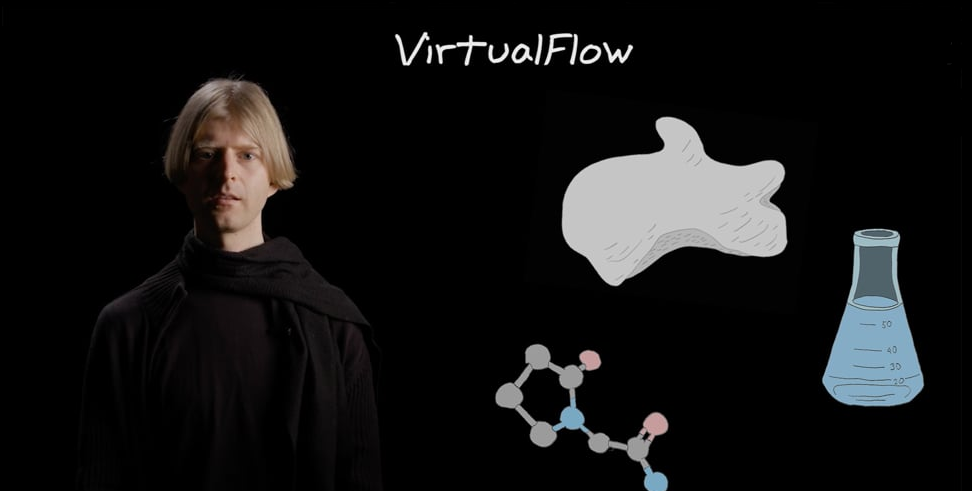 Less than a year ago, Harvard Medical School researchers and international colleagues unveiled a platform called VirtualFlow that could swiftly sift through more than 1 billion chemical compounds and identify those with the greatest promise to become disease-specific treatments, providing researchers with invaluable guidance before they embark on expensive and time-consuming lab experiments and clinical trials.

Propelled by the urgent needs of the pandemic, the team has now pushed VirtualFlow even further, conducting 45 screens of more than 1 billion compounds each and ranking the compounds with the greatest potential for fighting COVID-19—including some that are already approved by the FDA for other diseases.

“This was the largest virtual screening effort ever done,” said VirtualFlow co-developer Christoph Gorgulla, research fellow in biological chemistry and molecular pharmacology in the labs of Haribabu Arthanari and Gerhard Wagner in the Blavatnik Institute at HMS.

The results were published in January in the open-access journal iScience.

The team searched for compounds that bind to any of 15 proteins on SARS-CoV-2 or two human proteins, ACE2 and TMPRSS2, known to interact with the virus and enable infection.

Researchers can now explore on an interactive website the 1,000 most promising compounds from each screen and start testing in the lab any ones they choose.

The urgency of the pandemic and the sheer number of candidate compounds inspired the team to release the early results to the scientific community.

"No one group can validate all the compounds as quickly as the pandemic demands," said Gorgulla, who is also an associate of the Department of Physics at Harvard University. "We hope that our colleagues can collectively use our results to identify potent inhibitors of SARS-CoV-2."

In most cases, it will take years to find out whether a compound is safe and effective in humans. For some of the compounds, however, researchers have a head start.

Hundreds of the most promising compounds that VirtualFlow flagged are already FDA approved or being studied in clinical or preclinical trials for other diseases. If researchers find that one of those compounds proves effective against SARS-CoV-2 in lab experiments, the data their colleagues have already collected could save time establishing safety in humans.

Other compounds among VirtualFlow's top hits are currently being assessed in clinical trials for COVID-19, including several drugs in the steroid family. In those cases, researchers could build on the software findings to investigate how those drug candidates work at the molecular level—something that's not always clear even when a drug works well.

It shows what we're capable of computationally during a pandemic.

In another effort to speed successful transitions from computer to clinic, the team has joined in Harvard's partnership with pharmaceutical company AbbVie.

If any successful drugs eventually arise from the VirtualFlow screens, they would complement other strategies in the fight against COVID-19. For instance, drugs that halt viral replication or prevent it from entering cells could help those who cannot be vaccinated.

The nature of the screens also raises the likelihood that drugs developed against current forms of SARS-CoV-2 would work against future mutations or other coronaviruses, the authors say.

The work was made possible in large part by about $1 million in cloud computing hours awarded by Google through a COVID-19 research grant program.

Gorgulla and colleagues used that power to screen how well the compounds bound to more than 40 sites across the 15 viral proteins as well as to the two human proteins—effectively trying 1 billion 3D puzzle pieces in 40 places each.

The team selected the sites because blocking them with compounds would either prevent SARS-CoV-2 from entering cells, prevent the virus from replicating and thus lower viral load, reduce the virus's ability to evade or subvert our immune defenses, or disrupt viral assembly and packaging.

Many of the sites have not yet been investigated by other groups, as far as the team is aware.

"We're exploring new avenues on how to tackle the virus. This is one of the most exciting aspects of our project," said Gorgulla.

One benefit of studying dozens of sites on 17 proteins at once is the possibility of identifying or developing multiple drugs that, when combined, combat SARS-CoV-2 infection on different fronts. Such drug cocktails would have a better chance of halting the virus in its tracks and overcoming future mutations than a single drug that works on one protein site.

"If you want to stop a moving car, you can hit the brakes, or you can hit the brakes and slash the tires and burn the engine," said senior author Arthanari, assistant professor of biological chemistry and molecular pharmacology at HMS and Dana-Farber Cancer Institute. "Ideally, you'd have a multipronged approach to the target."

Some sites included in the screen are shared among other coronaviruses of worldwide concern. Any compound that binds to one of those sites has a "high" chance of also combating SARS, MERS, or as-yet-unknown coronavirus diseases, said Arthanari.

"We are in a position to discover pan-coronavirus drugs and help prepare for the next coronavirus pandemic, should there ever be one," said Gorgulla.

Regardless of the outcomes, the work raises the benchmark for virtual screening and demonstrates the current power of computing in biological research.

"It shows what we're capable of computationally during a pandemic," said Arthanari.

The project has also brought special satisfaction to team members who don't typically work on projects so closely tied to human health.

"I’m more of a basic science person, a proponent of the theory that science should be done for the sake of understanding the truth," said Arthanari. "But there’s a different excitement that comes to you when the science you do has an immediate application. It's really special to know that our work will be of use right now to humanity, even though it takes a village."