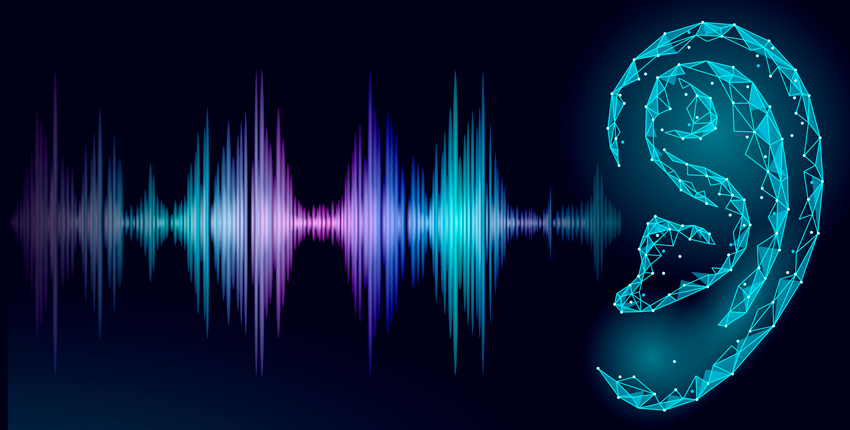 A team led by Harvard Medical School and Massachusetts Eye and Ear researchers may bring scientists a step closer to developing treatments that regrow the missing cells that cause hearing loss.

In a new study published online December 4 in Nature Communications, scientists report a new strategy to induce cell division in the mature inner ear. With this pathway, they were able to reprogram the inner ear’s cells to proliferate and regenerate hair cell-like cells in adult mice. This proof-of-concept study, and first of its kind, may provide an approach to the regeneration of sensory hair cells and other important inner-ear cell types in people with hearing loss.

“This paper is the first to show that, by reprogramming, mature mammalian inner-ear cells can be induced to divide and become hair cells, which are needed for hearing,” said senior study author Zheng-Yi Chen, HMS associate professor of otolaryngology head and neck surgery and an associate scientist at the Eaton-Peabody Laboratories at Mass. Eye and Ear. “These findings of renewed proliferation and hair cell generation in a fully mature inner ear lay the foundation for the application of reprogramming and hair cell regeneration.”

Hearing loss is one of the most common forms of sensory deficits in people, affecting about 37 million Americans, according to federal statistics. Inner ear cells of humans and other mammals lack the capacity to divide or regenerate; therefore, damage to the inner ear, in particular to the hair cells, leads to permanent hearing loss. Hair cells are the specialized inner-ear cells responsible for the transduction of sound-evoked mechanical vibrations into electrical signals that are then relayed to the brain. A number of genetic and environmental factors, including overexposure to loud sounds and aging, destroys these key cells in the hearing system.

There are currently no pharmaceutical treatments available for hearing loss.

Hearing loss can be caused by the loss of different inner-ear cell types. The ability for remaining cells to divide and repopulate the ear is one way to achieve hearing recovery.

Previous research has shown that, in the newborn mouse inner ear, cells can be induced to divide and regenerate hair cells after damage. However, in fully mature ears, the capacity for cell division is lost, and hair cell regeneration does not occur. In humans, even a newborn inner ear is fully mature. Thus, Chen and colleagues said that in order to develop new treatments for human hearing loss, “it is essential to demonstrate that cell division and hair cell regeneration can be achieved in a mature mammalian inner ear.”

In the new study, Chen’s laboratory used a reprogramming approach by activating two molecular signals, Myc and Notch, in the adult ear. They found that mature inner-ear cells can be induced to divide. Importantly, some of the new cells developed characteristics of hair cells, including the presence of the transduction channels that carry out the mechanical to electrical conversion, and the ability to form connections with auditory neurons, both of which are essential to hearing.

“Our work revealed that reprogramming is achieved by reactivation of early inner-ear developmental genes so that the mature inner ear regains neonatal properties, which enables them to redivide and regenerate,” Chen explained.

This work builds on earlier studies identifying the role of Notch in hair cell proliferation. “The most significant aspect of the current study is the fact that the fully mature mammalian inner ear still retains the capacity to divide and regenerate if it is sufficiently reprogrammed, which removes a fundamental barrier that has prevented the inner-ear regeneration necessary for hearing restoration,” Chen added.

Chen’s laboratory is working to discover additional druglike molecules to achieve cell division and hair cell regeneration in the mature inner ear and in large animal models, including pigs.

“We hope that our research can serve as a model for regeneration of other tissues with similar properties that are unable to regrow cells, such as in the retina and the central nervous system,” he added.

Patent applications based on the work have been filed by Chen and some co-authors. 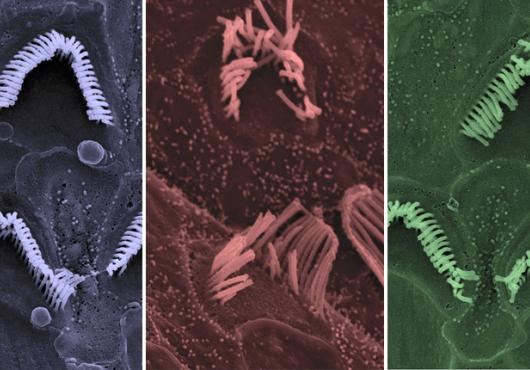 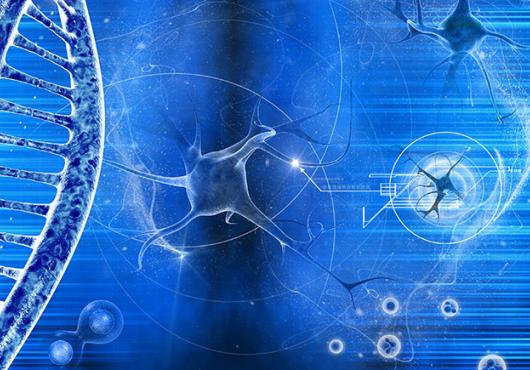 A Fusion of Talents