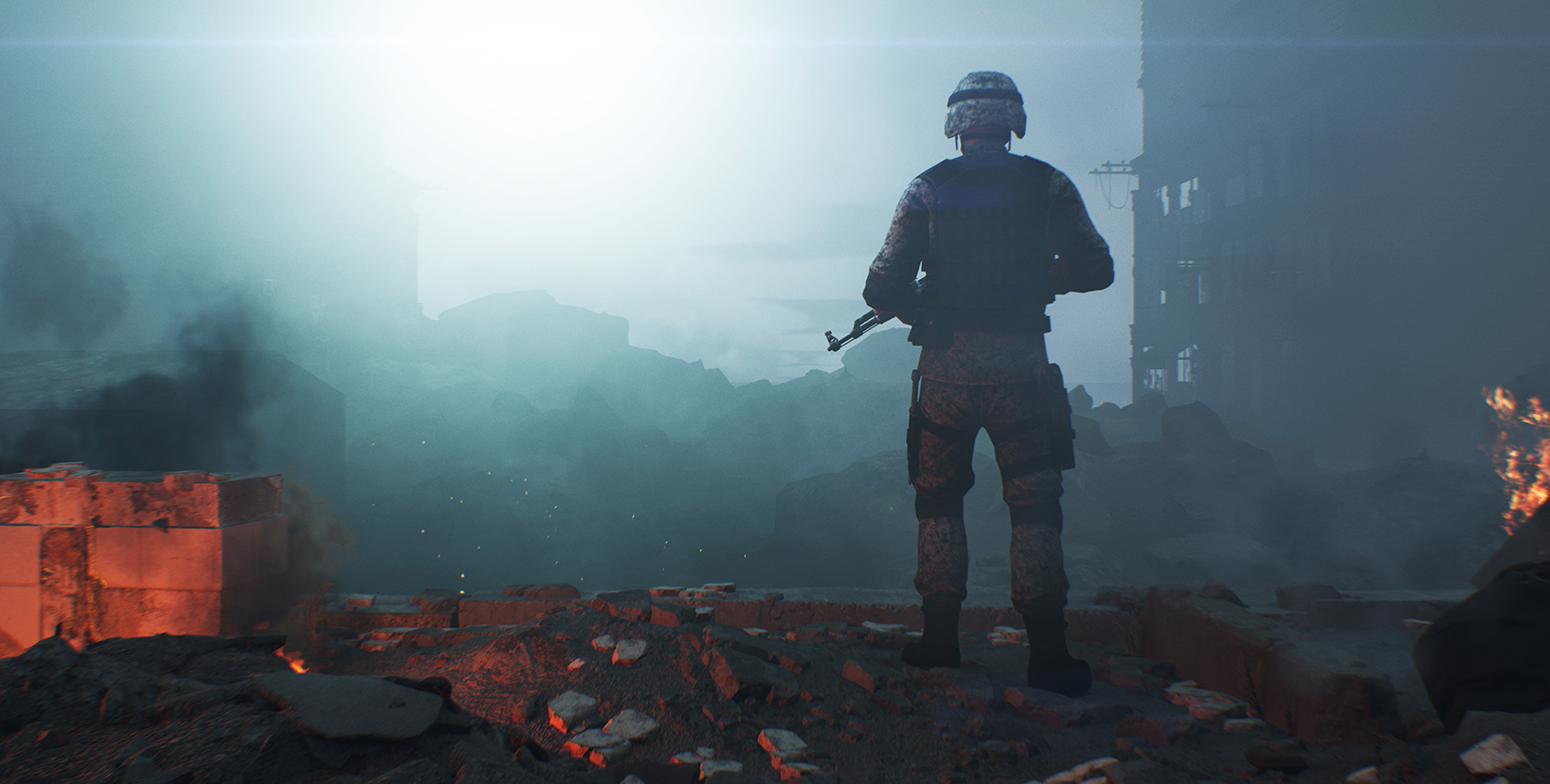 In the roughly six weeks since Russian troops invaded Ukraine, Russian missiles and artillery shells have reduced Ukrainian schools and hospitals to rubble and millions of Ukrainians have fled their homes, seeking refuge across Europe and around the world.

In the United States, Congressional hearings are underway to determine the origins of an uprising in which American citizens stormed the U.S. Capitol on Jan. 6, 2021, protesting the results of the 2020 presidential election. In the ensuing riot more than 100 police officers were injured, including one Capitol Police officer who died of his injuries the day after the attack.

During the COVID-19 pandemic, mental health and public safety experts have noted concerning increases in domestic violence, aggressive driving, and violence among schoolchildren.

While many observers are saying the world seems increasingly fractured and conflicted, others are saying it doesn’t have to be this way.

There are many ways to prevent and defuse such conflicts before they become violent, or to resolve them peacefully, according to Daniel Shapiro, Harvard Medical School associate professor of psychology at McLean Hospital and founder and director of the Harvard International Negotiation Program.

What’s more, medical professionals have a crucial role to play in this work.

Shapiro consults regularly for government and business leaders and reports helping people from many walks of life, from hostage negotiators to families in crisis, from disputing CEOs to clashing heads of state, by sharing his insights into the psychological and emotional foundations of successful negotiations. He has published extensively in the field of conflict resolution and is the author of Negotiating the Nonnegotiable.

Shapiro spoke to Harvard Medicine News about how medicine can help prevent and heal the psychological and sociological wounds that drive violent conflict, and in the process possibly make the world a healthier place.

HMNews: Your method of conflict resolution and negotiation is more a psychological approach than a political one. Why do you think that understanding the emotions and identity of the parties in a conflict is so important?

Shapiro: In my international research and consulting, I’ve noticed that people often treat conflict as a rational puzzle to be solved. Negotiators are often warned to not get emotional. But as human beings, we cannot avoid emotions any more than we can avoid thoughts—and we don’t want to. Emotions provide us with valuable information about people’s motivations and can be harnessed to promote collaboration.

I’ve also realized that beneath emotions lies an even more impactful dimension of the human experience: identity. Emotionally charged conflicts get their charge because they threaten fundamental aspects of who we are and what we hold as important.

And if we want to resolve a clash of conflict, we must surface what I call the “mythos of identity”—the central narrative defining who we are and what’s at stake for us in a conflict, opening up new space for us to find effective, durable routes to resolution.

HMNews: Is this approach better as a kind of preventive medicine or a kind of long-term chronic course of therapy? Or, have you seen it work in an urgent situation like what's happening in Ukraine, where every day the conflict continues to cost many lives and cause great suffering?

Shapiro: Conflict prevention and mitigation are both essential!

Prevention is worth its weight in gold—and that is why I believe so strongly in the value of conflict resolution education. Way too often, institutions and individuals react to conflict in adversarial ways, and pay a heavy price. Think about the enormous human and financial cost of conflict in divided societies.

These kinds of conflict don’t just happen in international political contexts. The same forces are at work in a hospital system broiling with disputes, or in a family.

In all of these situations, it’s much better to proactively develop a dispute resolution system that nurtures constructive disagreements and provides effective avenues to resolve destructive ones through negotiation, mediation, and processes like that.

We already know this from our work in other complex situations. Think about the emergency room of a hospital—there needs to be a standard operating protocol or else chaos ensues.

I also work in the crucibles of conflict in the Middle East and elsewhere. In these situations, the role of psychology becomes even more pressing. People’s emotions are often overpowering.

They fear the loss of their ethnopolitical and social existence.

The conflict shakes them to the core and threatens to wipe out everything they know and believe in.

I’ve spent the past 20 years studying the role of identity in these conflicts and have discovered a set of potent psychological dynamics that exacerbate these conflicts. I have also surfaced ways to counteract these forces and have been working hard to spread these ideas to leaders of conflicting groups to help mitigate the likelihood of persistent violent conflict.

HMNews: How did you, a clinical psychologist, end up in this line of work?

Shapiro: I’ve been interested in psychology and conflict resolution for as long as I can remember. When I was in sixth grade, I created a psychological test to determine who in my class was “left brained” and who was “right brained.” I’m sure the test was not very reliable, but it was a first shot at systematizing my thinking on psychology.

In the 1980s, my family hosted a lot of international visitors, including a teenager named Andy, from what was then communist Hungary. I visited Andy and, with his father, traveled all across Eastern Europe one summer.

I fell in love with the people and the depth of cultures. When communism fell in that part of the world, I asked myself how I could help Andy and his friends. I was already interested in psychology and conflict resolution, and felt impassioned to develop and implement a program on conflict management for the youth in the transitioning political realities of Eastern and Central Europe.

I spent five years researching and writing the curriculum, which had a strong psychological grounding. To my surprise, that curriculum gained a lot of interest and has been implemented in more than 20 countries across the region. I trained teachers in the program and worked with hundreds of kids across the region, including many refugees, as the state of Yugoslavia imploded. All these experiences underscored my belief in the importance of addressing the emotional and identity-based dimensions of negotiation.

In the academic context, when I started researching the role of emotions in negotiation, I felt somewhat like an oddball. Very few scholars were studying this subject. But 30 years later, we now see that perhaps the dominant focus of the field is on the role of emotions and identity in conflict resolution. It’s good to see, but given the state of our world, there’s a lot more work that needs to be done.

HMNews: You've advocated for other doctors and health care providers to get more involved in understanding, predicting, and preventing conflict and in conflict resolution efforts. Where would someone start who wants to be a part of that?

Shapiro: The field of medicine has a crucial role to play in conflict prevention—and there are many ways the medical community can get involved right now.

First, medical practitioners can collaborate with public health researchers and conflict resolution experts to track the spread of conflict and violence, much as epidemiological models are used to track disease. Health care workers are often aware of conflict-inflicted injury much sooner than politicians and mediators, and they can provide valuable information that can affect policy.

Second, the medical community can learn tools of negotiation to improve health care efficiency and can teach these methods within their communities. Simple conflict resolution skills can help people at all levels of society deal with differences nonviolently and improve mental and social well-being.

A third way to get involved, which I think is the most innovative, is for health care practitioners to facilitate dialogue between conflicting stakeholders. At the community level, doctors and traditional healers are some of the most respected members of society, lending them unique credibility and access to mediate disputes. With a bit of training in negotiation, they can make a profound difference in levels of violence and destructive conflict.

Quite recently, Catherine Hua and I wrote up some of these ideas in an article in BMJ Nutrition, Prevention & Health, and I am enthused that the health care community is beginning to embrace this call for action in global conflict resolution.

Years ago, the World Health Organization observed that “investing in health is investing in peace.” But I believe the opposite is equally true: promoting peace is an investment in health. 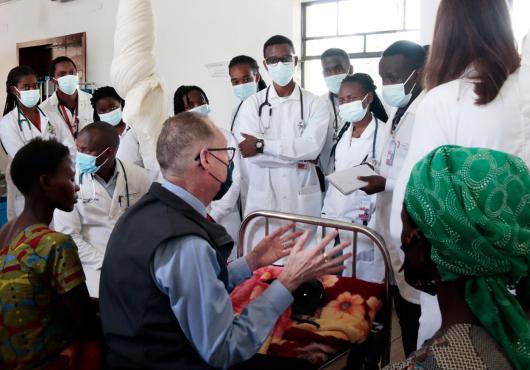 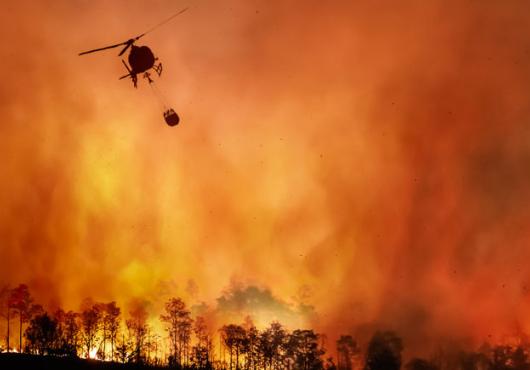 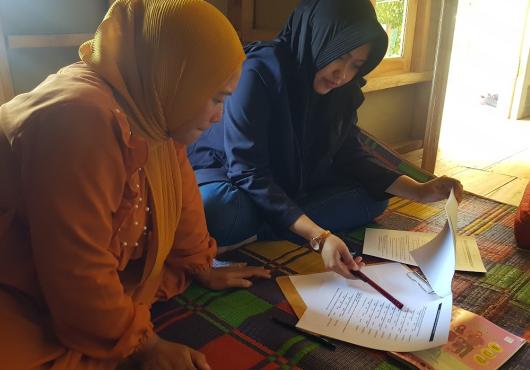