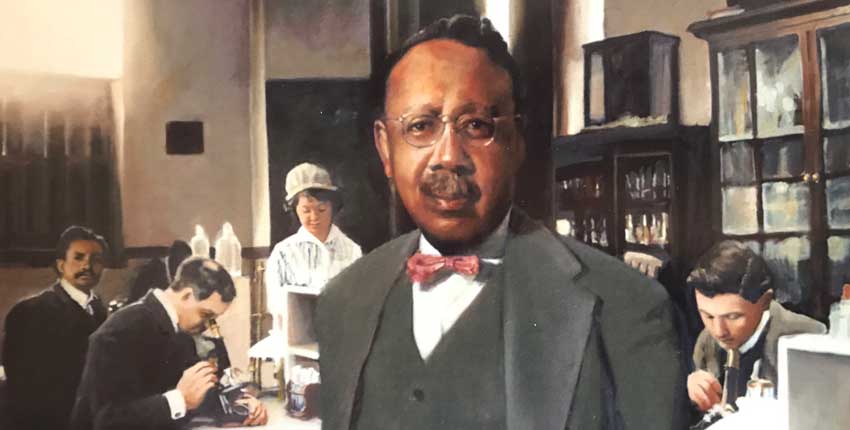 By any measure, William Augustus Hinton’s achievements were remarkable.

Born in 1883 to former slaves, Hinton earned a bachelor of science degree at Harvard in 1905. After teaching for several years, he entered Harvard Medical School, competing for and winning prestigious scholarships. In 1912 he earned his MD with honors.

Still, it was not enough.

Even with such outstanding credentials, because of racial prejudice Hinton was barred from pursuing a career in surgery at Boston-area hospitals. Not easily deterred, he instead took a job teaching serological techniques at what was then Harvard’s Wassermann Laboratory, also working part-time as a volunteer assistant in the Department of Pathology at Massachusetts General Hospital. His task: to perform autopsies on all persons suspected of having died from syphilis.

Hinton accepted the assignment—and proceeded to change the course of medicine. He became an expert on the disease and created a new blood test for diagnosing syphilis that was adopted by the U.S. Public Health Service.

In 1949, more than 30 years after joining the faculty and only a year before he retired, Hinton became the first African American to be promoted to the rank of professor at HMS and at Harvard University. He was named Clinical Professor of Bacteriology and Immunology. Now, more than a century after he graduated from HMS, Hinton and his accomplishments have been acknowledged with a formal unveiling of his portrait in Gordon Hall’s Waterhouse Room.

“Professor Hinton was indeed a pioneer. A brilliant thinker, experimentalist and a force for good in the service of humankind. He changed the world and made Harvard Medical School a better place in the process. We proudly honor him here today,” said HMS Dean George Q. Daley at the Sept. 10 ceremony.

For many who attended the portrait unveiling, the tribute honors Hinton’s contributions but also serves as a reminder of the struggles he endured in order to accomplish them.

“Dr. Hinton understood what it meant to be black in America,” said Joan Reede, HMS dean for diversity and community partnership.

Hinton also understood that social and economic factors play a role in health and that disease often unduly afflicts the underprivileged, she said.

Reede noted that not only did Hinton refuse scholarships designated for black students, preferring to compete and succeed academically on an equal footing with Harvard’s white students, but he also declined the 1938 NAACP Springarn Medal for achievement by an African American, concerned that his research might not be evaluated fairly if other scientists realized he was black.

Still, Hinton persevered, becoming the first black person to write a medical textbook in the U.S.; his Syphilis and its Treatment was published in 1936. He also served as assistant director of the Massachusetts Division of Biologic Laboratories and then as chief of the Wasserman Laboratory, which had been transferred to the state, for 38 years. Today, the Commonwealth of Massachusetts’ state laboratory building is named in honor of Hinton.

Enoch Woodhouse, a Yale-educated attorney and former member of the Tuskegee Airmen who is now in his 90s, attended the portrait unveiling. Woodhouse recalled being brought by his father, a minister, to meet Hinton at Hinton’s Harvard lab when Woodhouse was a child of 7 or 8 years old.

Woodhouse’s father hoped that introducing his son to the accomplished physician-scientist would inspire his child to dream big. Woodhouse recalled Hinton as a humble man, despite his many achievements, but he also remembered Hinton’s Harvard laboratory facilities at the time as being far from adequate.

Woodhouse lauded Harvard’s decision to honor the scientist and educator.

“Like most individuals of color, it takes a long time for us to be recognized,” Woodhouse said. “I call that the arc of justice. That no matter what adversities we are subjected to in racist America we just handle it and we keep on stepping.”

Kenneth Manning, the Thomas Meloy Professor of Rhetoric and the History of Science at MIT and a Harvard alum, also attended the unveiling.

“Hinton’s life is exemplary, and this occasion brings a long-deserved celebration,” said Manning. “I think it’s a remarkable thing that the faculty, staff and students have come to commemorate this truly inspiring medical researcher.”

For Angel Rodriguez, a Harvard student from Guatemala who is completing his PhD dissertation on Hinton, the painting does more than commemorate a pioneering scientist and technological innovator.

“Being a student of color at Harvard is no easy task,” Rodriguez said. “I think artwork does a phenomenal job of making visible certain people and events that have been overlooked. When we’re able to use history to make the invisible visible, we have the power to inspire a new generation of scientists.”

Reflecting on the painting, which features Hinton in a microbiology laboratory of the 1920s, Rodriguez said it illuminates a story that needs to be told.

“I think it not only has to the power to say, ‘Here’s what genius looks like at Harvard,’ but it also reveals the challenges he faced,” said Rodriguez.

“The fact that he still succeeded ... it’s very inspiring for a minority like me,” said Trung, a former Boston Latin Academy student who participated in the AP Biology Hinton Scholars Program, an HMS after-school enrichment program that has served 1,200 Boston Public School students since 2003.

The Hinton painting was commissioned at the request of the Harvard Foundation for Intercultural and Race Relation's founding director, S. Allen Counter. The artist, Stephen Coit, has produced more than 20 portraits of accomplished Harvard minority faculty and alumni in an effort to bring more diversity to University artwork.

At the unveiling, Coit described how he spent many hours researching Hinton’s life, attempting to find photographs of a man who scrupulously avoided having them taken. In the end, Coit said, he chose to portray the scientist in a microbiology lab, the background inspired by an image of an actual lab at Howard University in the 1920s.

A female was included in the portrait, Coit said, because Hinton also worked to break down barriers for women, teaching at Simmons College and establishing a laboratory technicians training school open only to women—the first of its kind in the nation.

“There’s a lot of talk about how portraits on the wall can make Harvard a more welcoming place. The portraits are necessary, but it’s events like this that also make an impact,” said Coit of the unveiling.

Such occasions, Coit added, provide opportunities to connect people with one another and to teach, a goal seconded by M. William Lensch, strategic advisor to the dean and a driving force on the School’s Arts and Cultural Representation Committee, which is working to make the School’s artwork more inclusive.

In remarks delivered before the unveiling, Lensch pointed out a QR code, affixed to the wall beneath the painting, which links to a page about Hinton on the Francis A. Countway Library of Medicine website.

“My vision is to place a QR code at every painting and statue at HMS to direct the viewer to an online resource to learn more about that person’s history and contributions,” said Lensch. “After all, we are a school; wouldn’t it be great if we used our artwork to teach?”

For Reede, the portrait, which hangs in a room previously dominated by portraits of former, all-white HMS deans, is “an important step in our fostering inclusivity and a way to publicly acknowledge our shared history.”

For Daley, the addition of Hinton’s portrait to the room is “a look to the future, where inclusivity and excellence are intrinsic to who we are.”

See slideshow below for scenes from the portrait ceremony. 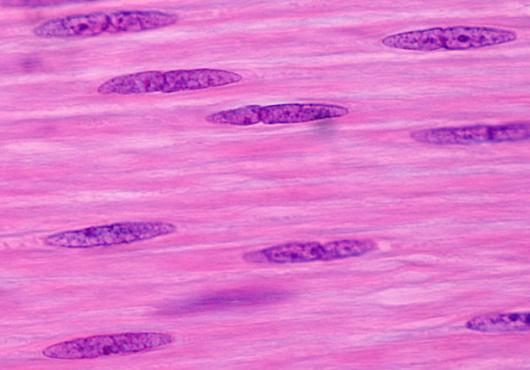 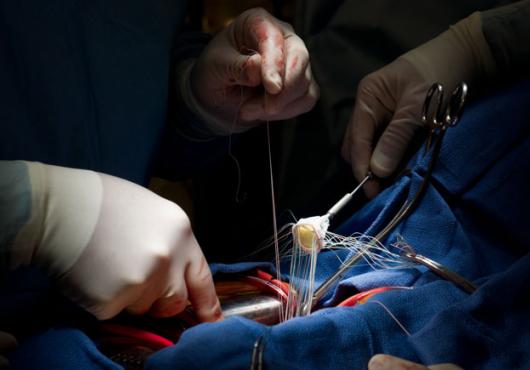